Queen of Rock and Future Rock and Roll Hall of Famer Pat Benatar and Husband Nick Giraldo Give Paramount Performance in New York Concert: Review and What They Played 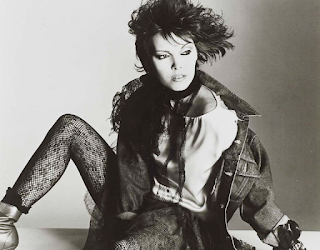 The "Queen of Rock" Pat Benatar and her gifted musical husband Neil Giraldo headlined The Paramount in Huntington on June 30th for an excellent turnout of fans.

Throughout their respected career in the music business, the rock couple has garnered two multi-platinum, five platinum and three gold studio albums, as well as 19 Top 40 hit singles. Their love affair has endured over 35 years, and they continue to tour and sell out shows all over the country.

They have sold in excess of 30 million units all over the globe, and Pat is the winner of four consecutive Grammy Awards, all of which were for "Best Female Rock Vocal Performance."

Pat and Neil gave their fans and listeners a Hall of Fame-worthy concert experience. They kicked off their set with "No You Don't," and it was followed by "I Need a Lover" and the vivacious "All Fired Up," where vibrant red lights were dimming from the stage. Their presence at this Log Island theater was met with a raucous response.

"We Live For Love" had a nonchalant, retro vibe to it, and equally impressive was the resonant "Strawberry Wine" (not to the confused with the Deana Carter country-pop tune).

The unapologetic "Invincible" fared well with the crowd since it was the "f- you COVID song"; moreover, "Promises in the Dark," showcased her tremendous vocal range, where even at her ripe age, she is able to hit the high notes and make them sound effortless.

You May Like:
Markos Reviews Coldplay Concert HERE
It was a real treat to hear Pat belt out her Grammy-winning "Shadows of the Night" because this a song that they do not perform live on a regular basis.

After "Hell is for Children," which had a neat groove to it, they closed with "You Better Run" and the Grammy-winning "Love is a Battlefield," which became the theme song of this summer night.

For their encore, they returned with the expressive "Everybody Lay Down," as well as a medley of her smash hit "Heartbreaker" coupled with a soaring version of Johnny Cash's "Ring of Fire."

The only downside was that they did not perform their popular hit "Hit Me With Your Best Shot" at this show, but the rest of their powerhouse songs more than made up for it.

Editor's note: Per Spin Magazine on July 22, 2022, "Pat Benatar said that she will be omitting “Hit Me With Your Best Shot” from her live set lists due to the recent spate of mass shootings in the United States."

Pat Benatar and Neil Giraldo were able to rock out Long Island's premier venue The Paramount. They proved that their recent Rock and Roll Hall of Fame recognition was based on merit and talent, and that it was long overdue. The audience knew that they were in the presence of living rock and roll legends. This rocking couple is worth seeing live whenever they are in town. Pat's dynamic vocals are simply too good to be mortal.

You May Like New Music By Libby Jade: https://linktr.ee/libbyjade

Later this year, on November 5th, Benatar and Giraldo will be formally inducted into the coveted Rock and Roll Hall of Fame alongside such musical acts as Duran Duran, Eminem, Eurythmics, Dolly Parton, Lionel Richie, Carly Simon, and Judas Priest.