Film Review of THE DUKE: Engaging and Entertaining - Helen Mirren and Jim Broadbent Are Transformative in their Roles Making it a Must-See Movie 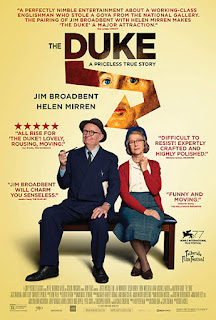 "The Duke," starring Jim Broadbent and Helen Mirren, is a heartwarming comedic British film. It was directed by Roger Michell, and it was written by Richard Bean and Clive Coleman.

Jim Broadbent and Dame Helen Mirren are transformative in their roles as Kempton and Dorothy Bunton respectively. The entire cast is memorable and it is sure to warm the hearts of viewers, especially in these trying times that the world is going through.

"The Duke" is set in 1961 when Kempton Bunton, a 60-year-old taxi driver, stole Goya’s portrait of the Duke of Wellington from the National Gallery in London. It was the first and remains the sole theft in the art gallery’s history. 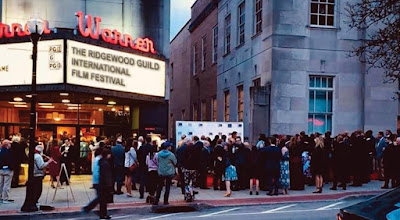 Closing Night of the Ridgewood Guild International Festival is chock full of fun for the curious cineaste or just the average fan of entertainment.

Start the evening off at 5pm inside the Bow Tie Theater, 190 E. Ridgewood Avenue in downtown Ridgewood (a few blocks from the train station) for a FREE panel of industry experts. If you area an inspiring filmmaker or just want to find out more about the overall industry, come inside to hear the professionals and be able to ask questions. The dress up and step out on the Red Carpet to meet American Idol's Constantine Maroulis, the filmmakers and friends of the festival. The Red Carpet is free. Then purchase a ticket, sit back and enjoy the films. After that, walk up the road to Bareburger to enjoy a party into the night celebrating film and the filmmakers. You can purchase tickets at the door but purchasing them ahead of time will insure a ticket: https://afterparty.brownpapertickets.com/

The Ridgewood Guild International Film Festival (RGIFF) is back in person! A half hour outside Manhattan in downtown Ridgewood is the Art Deco Bowtie Cinema, home to the festival for 11 years.

This year see 40 new films, enjoy panels by industry experts, hear inspiring Q & A's, pose for the Red Carpet and on Thursday, meet Constantine Maroulis (American Idol, Rock of Ages)and Actor David Krumholtz (The Santa Clause franchise, Numb3rs, The Deuce).  If you've never been to a film festival or if you're already a fan, this is the perfect festival to partake in. Ticket prices are $12 per night, $8 for students and seniors for each night. There is no charge for the Red Carpet outside the theater. 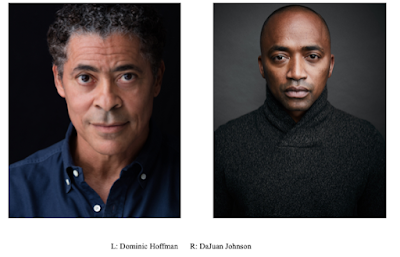 Three-time Emmy© winner and Artistic Director Cady McClain is honoring the Axial Theatre tradition of the development of new plays with this month’s reading of four short plays with special guests NAACP and Ovation Award Winner Dominic Hoffman and star of “Bosch,” DaJuan Johnson.  The offering of plays to be read are written by multiple Award-winning playwrights John Bray (“Rolling My Own”), Jeff Gould (“The Parallel”)  Dominic Hoffman (“The Audition”), and John Mabey (“Native Language”).
PLEASE CLICK HERE to see more of this article.
Email ThisBlogThis!Share to TwitterShare to FacebookShare to Pinterest 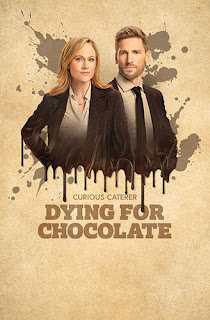 "It was the best movie that I have ever done on the Hallmark Channel, for sure, because it was so different," he said. "It was a character that I haven't been able to play before."