Summer "Feel Good" Interview Series: Get to Know Carlos and Alexa PenaVega - 25 Things to Know about This Super Couple 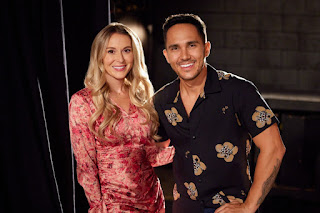 Carlos and Alexa PenaVega star in the new Hallmark movie "Love in the Limelight." Carlos is best known as a band member of Big Time Rush, and starring in the hit Nickelodeon series of the same name. Alexa is known from "Spy Kids" fame.

They praised Hallmark for always giving they a great deal of creative control, and six of Carlos' songs will appear in the new film "Love in the Limelight," which will premiere on August 6. Ron Oliver directed "Love in the Limelight" from a script by Willie Aames, Winnie Hung, and Rich Tabach.

What They Watch
PLEASE CLICK HERE to see more of this article.
Email ThisBlogThis!Share to TwitterShare to FacebookShare to Pinterest 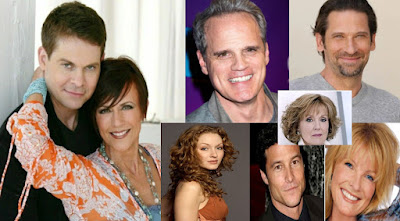 Katonah Classic Stage in Katonah New York has several events coming up. The theater company was founded by Trent Dawson, a stage actor best known for his roles on As the World Turns and General Hospital.
Streaming Event:
Join Trent Dawson and his friends on a As The World Turns Reunion Online Event to support the arts! Slated to appear are Colleen Zenk, Elizabeth Hubbard, Michael Park, Ellen Marie Dolan, Mike Kasnoff, Van Hansis, Jennifer Ferrin, Paul Ryan and more on a zoom call. It's a fundraiser for the theater company and lots of fun for any fan! Ask questions, reminisce and get the inside scoop on what they have been doing. Sign up by midnight 12 pm EST. For more info: https://www.facebook.com/events/444705780660836/?active_tab=discussion
PLEASE CLICK HERE to see more of this article.
Email ThisBlogThis!Share to TwitterShare to FacebookShare to Pinterest 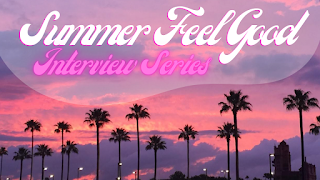 What's a better summer fun read than reading about some of your favorite actors from your favorite movies and shows? Okay, so we might lean towards those talented actors on some cable movies, but isn't it fun to get to know something about their new projects and things they like to do off camera?
Our Senior Writer and "Powerjournalist" Markos Papadatos has been busy interviewing these stars to bring you a new interview every week.
Visit our site every week to see who's next!
Summer "Feel Good" Interview Series:
PLEASE CLICK HERE to see more of this article.
Email ThisBlogThis!Share to TwitterShare to FacebookShare to Pinterest
Newer Posts Older Posts Home
Subscribe to: Posts (Atom)