Oscar Nominations for 2017 Revealed: Is Your Fave on the List? 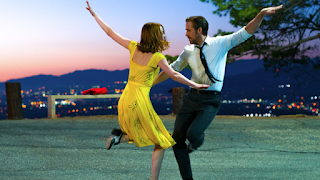 They're out. The Oscar nominations for the 89th Annual Awards Ceremony for 2017 are out, and LaLa Land tops the list. How many of these films have you seen? If you haven't seen them all, theaters often run the contenders again so look for them in your local theater and at the same time support the theaters. There's nothing like watching a movie in a real theater. Read the list here;

http://variety.com/2017/film/news/2017-oscar-nominations-academy-awards-nominees-1201968107/
No comments:
Email ThisBlogThis!Share to TwitterShare to FacebookShare to Pinterest


RHONJ Dina Manzo has another show on her IMDB profile, a soap. Dina appears in Tainted Dreams, a continuing drama now streaming on Amazon. Tainted Dreams is the brainchild of Sonia Blangiardo, who has been behind the scenes in the land of soaps as a director for decades. Tainted Dreams chronicles the behind-the-scenes happenings of a soap opera, Painted Dreams - and if you think the on-screen happening are interesting there's even more drama behind the cameras.

In her exclusive promo for the show she talks about "how she always wanted to be an actress." She also states how "it's a very different dynamic" versus being on a reality show, when the cameras are following you around. In this show, the Manzo surname is gone. She's a DiGiacomo!