A Review of Ozark: What We Know, What we Want to Happen in Season Four and Why the Acting of Julia Garner, Jason Bateman, Laura Linny and the Cast Creates the Suspense and Drama We Have Come to Expect from this Award-winning Netflix Series 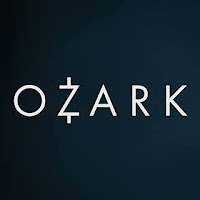 Once a Langmore, always a Langmore, once a Byrde, always a Byrde? Is Ruth Langmore going to ditch the Langmore legacy and better her reputation or is she doomed in eternal hellfire, stuck in the Ozarks forever? The same goes for Jonah Byrde; will he escape the clutches of his conventional, turned ruthless and power-hungry parents to live a life of his own or is it his destiny as well to remain in the place where everything seems to go wrong? Most importantly, are Marty and Wendy going to finally terminate their life of crime that has transformed them into greedy, corrupt monsters or will they too be forever lost in the Ozarks?

These were the kinds of questions that I had after watching the brilliant first half of the final season of Netflix’s hit, Ozark and I quickly realized that the nature of my inquiries was tied to the inclusion of two specific storylines that I was fascinated by throughout the season. The increased presence of Julia Garner (Ruth) and Skyler Gaertner (Jonah) emphasizes a unique and fascinating theme, that of the destruction of the nuclear family on a literal and metaphorical level. Marty and Wendy, ruthless as ever, accentuate the ever-present, but increasingly intriguing and relevant corruption of the American Dream. These two themes combine to create my favorite season of Ozark thus far.

There’s a reason why Julia Garner won two Emmys in a row for Ozark! She has always been the highlight of the show from my perspective. Her level of commitment to the character Ruth is exceptional; from the brilliantly sarcastic and witty one-liners she delivers to the intense emotional outbursts that are required of her, Garner never disappoints. I have always been able to recognize how talented Skylar Gaertner is, but have in the past felt like his character Jonah was underused. This season quickly rectifies this issue and utilizes the talent of Garner to create a fantastic storyline that is daring, bold and thematically profound. 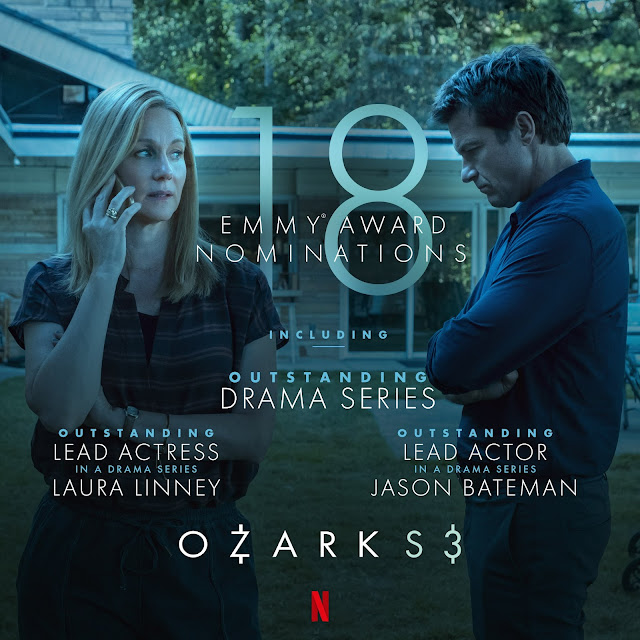 In Season 4, both Ruth and Jonah wrestle with the impact that their families have had on their lives and what their future is going to look like. In a way, both rebel against their families. Jonah does so on a literal level by moving out of his family’s house at the age of 14 and assisting Ruth in a money laundering enterprise.
Ashton's Review of the Sopranos Series:
Why he Spent His Summer Watching 86 Episodes
https://www.suzeebehindthescenes.com/2021/10/review-of-sopranos-view-of-this-iconic.html
Ruth does so on a metaphorical level (with the exception of her cousin, Wyatt, her family is deceased) by attempting to build a life for herself that is removed from her surrogate family, the Byrdes, and that gives her a better reputation than her real family gave her. However, it is inevitable that since both are still involved in illicit behavior, they are drawn back to the Byrdes. To watch the Byrdes tug at these characters, so intent on bringing them back into the “family” is immensely satisfying. So much drama and suspense is gained from almost constantly wondering what’s going to happen next with these two characters.

Additionally, both actors have an undeniably fantastic chemistry with each other that helps bring a sense of realism to the role. When they are laughing, having a good time, we feel happy for Ruth and Jonah, like they could escape from this life and then in a moment's notice, we feel immense pain and grief when we experience moments that draw them back to the realities of their life of crime. We literally feel their pain jumping out from the screen as we wonder whether they will run away or stay.
From the beginning of the series, Jason Bateman (Marty) and Laura Linney (Wendy) were presented as a somewhat boring, ordinary couple in the midst of mid-life issues. As the series progresses, the characters evolve into greedy and power hungry people who have grossly twisted the meaning of the American Dream for their own benefit. By the final season, they are no longer just trying to protect their family from the Navarro drug cartel, they (Wendy in particular) are conniving with politicians to manipulate their way out of the cartel and into the limelight of power and big business.
Bateman and Linney masterfully portray these characters as devoid of any feelings of remorse or guilt over the consequence of their actions, including the impact on their own children. There is no limit to their ruthlessness; they will stop at nothing to make money and gain power. To them, it has become one big game and they must win it.
What hangs in the balance as we are left waiting for the last seven episodes of this suspenseful series is the fate of the Byrdes, and the characters who have been on the receiving end of their treachery. This is especially the case with Ruth and the Byrdes’ own children.
Will there be a reckoning? Will Wendy call Navarro on a sleepless night? And will Ruth ever take her sassy Ozark spirit out of the trailer park and into the new life she so desperately deserves? Stay tuned for Part Two of Season 4. In the meantime, I for one, am rooting for Ruth to take down the whole operation. Her scream alone makes for great television and warrants another Emmy!
YOU MAY LIKE
Ashton reviews Minari:
https://www.suzeebehindthescenes.com/2021/03/movie-review-of-minari-haunting.html
Follow/Visit Ashton on Twitter: @Ashboomstick2
FOR MORE INFO ON OZARK AND TO WATCH:
https://www.netflix.com/title/80117552
Email ThisBlogThis!Share to TwitterShare to FacebookShare to Pinterest
Newer Post Older Post Home