Review of Amazon Series The Boys - Not your Regular Superheroes Story but an Ongoing Tale That's Wonderful, Twisted and Utterly Unpredictable

If you haven’t heard of The Boys yet, consider this a warning. If you like Marvel or DC, this is a death sentence. If you like political commentary, this is a wake-up call. If you like good television, this is a must. And that’s not to mention the tornado of plot twists, explicit language, and laser-eyed babies. The Boys might be the best new show on television, and the season two finale promises that this is only the beginning of what is hopefully a long and eventful journey to “streaming original’s” Mount Rushmore. Yeah, it’s that good.

The Boys is an Amazon Original that premiered in the summer of 2019, and just wrapped up a stellar second season. Both seasons are critically acclaimed and loved by audiences, earning an 84% and 97% on Rotten Tomatoes, respectively. It’s also the only non-Netflix program to break into Nielsen’s top 10 weekly streaming shows. The series is executive produced by the all-star team of Eric Kripke (Supernatural, Revolution), Evan Goldberg (Superbad, Pineapple Express), and Seth Rogen. 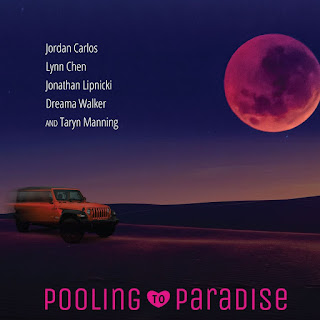 Premiering Monday, November 23 at 8 pm, as a benefit for Emerging Artists Theatre, there will be a staged reading of the new film Pooling to Paradise, written by Caytha Jentis and directed by Alice Jankell. This virtual performance of Pooling to Paradise is s part of a series of reading to benefit the theater group during the pandemic. As has been noted, the theater industry is suffering all over the country and more but they are all finding ways to keep the arts alive. The cost is $10. You can buy a ticket with this link;

Based loosely on Jentis’ own experiences of befriending a Lyft driver, and a bittersweet love story he told of a friend finding love in Paradise, Nevada, this play follows four Los Angeles strangers, each at a personal crossroad, who turn their pooled ride-share into a road trip to Paradise themselves. The characters are loosely based on the friends she was with the night meeting the Lyft driver, and“other older millennial friends of mine who, like them, were grappling with ‘adulting’ existential dread as experienced by their generation: when to give up on a dream, student loan debt, fourth wave feminism, identity, making ends meet in today's gig economy, and finding real connection."

Ten (Dix) Things that are RIGHT about Emily in Paris on Netflix: Darren Star Takes us on the Journey We All Need Now 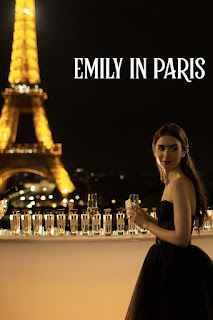 Darren Star's latest series Emily in Paris is one of those shows that well, I've heard people call a guilty pleasure, as if there's something wrong with watching it. I suppose it's trendy to say you're watching some fancy French film, but Emily in Paris?

Well I don't care. #EmilyinParis on #Netflix is just what we need right now. If entertainment is to help us escape, unwind, dream and inform us, that Emily in Paris checks off all the boxes.

Do I care that it's several steps away from reality? No I don't. As a huge fan of Sex and the City, that  was too. Maybe call both of them "expanded" reality. If Carrie Bradshaw had a daughter, it would be Emily.

Whisk away the naysayers of this show as lightly and gracefully as Emily's dress sways in the Parisian breeze. In addition to Lily Collins endearing performance as the title character, here are TEN other reasons why I'll watch it over again. And why I am so excited that a second season is coming. Merry Christmas to us all!

Un. If I walk up to a big screen tv and stand there I almost feel like I am in Paris. The show showcases the best and most iconic ares of the city and and focuses on the scenery as more than just a setting shot. I've never been to Paris but it was on my list for this year.  And now we are in a pandemic. What better way to travel?

The Ultimate Guide to Your Favorite and New Christmas Movies: Because We Need a Little Christmas More This Year Than Ever 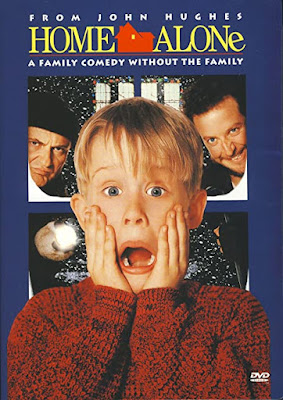 By Suzanne Ordas Curry with staff

Boy do we need a little Christmas this year, and luckily, the fun has begun! Lifetime and  Hallmark have already started their holiday fare. And I was there, end of October, just waiting for something to take me out of the doldrums of Covid seclusion and election and transport me into a fantasy world of tinsel, cookies and people sitting at a perfectly-decorated holiday table together not worrying about catching a virus as they opened their mouths to eat that freshly-baked gingerbread cookie.

And of course the streamers are chock full of Christmas and holiday movies and specials. I'm like a kid on Christmas morning searching through all the channels marveling at all the Christmas content just ready for me to binge on.

There are lots of types of holiday movies - comedies, romance, fantasy drama, religious, animated and more. And in 2020 thanks to the over prevalence of stations and streaming networks you can find them just about anywhere. Ah, I can remember the days of walking into Blockbuster to rent a copy of The Grinch Who Stole Christmas or Home Alone- actually not the latter because I think every video collection had that movie in it. It was a big deal to pop a movie into the VCR, pop up the corn and sit around and watch it. With your mom and pop.
PLEASE CLICK HERE to see more of this article.
Email ThisBlogThis!Share to TwitterShare to FacebookShare to Pinterest 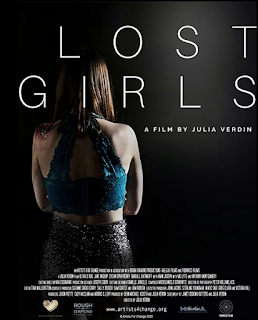 It’s rare that a movie sits with me days after I’ve watched it. I don’t frequently find myself sitting and mulling over a scene from something I’ve watched last week, or reliving how I felt in other moments of my day. Modern consumption of media has created a society of “binge-worthy” works, where a viewer is encouraged to watch something, be it a movie or tv series, “fangirl” over it for a short period of time, and move on to the next. If you want something of depth, power and a strong call to action, Angie: Lost Girls, a fictional narrative feature, will have you thinking over each plotpoint days, even weeks after your viewing.

In times of Covid, many people find themselves with more free time on their hands. We have opportunities to see inequity in the world around us, and many people began thinking about ways to help those around them. Social justice moved to the forefront of many of our lives. If ever there were a film to make you want to do more for the greater good, this is it.