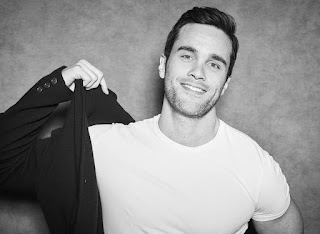 
Update: RJ Hatanaka stars in NURSES, premiering on NBC 12-7-2020.
Actor RJ Hatanaka is all over the place lately. Literally - he's all over the world. In his home country of Canada, he can be found on the TV show Nurses as a handsome and eligible young doctor. Also filmed in Canada but airing over the American station Hallmark he plays the dashing and brave Canadian Mountie Gabriel on the new hit and first series for the platform Hallmark Movies Now called When Hope Calls.  It's  also premiering on the Hallmark Channel on February 23, 2020.  And across the pond, he works as the Spokesman for HBO Europe, travelling that continent helping to promote the HBO brand in dozens of countries.

Luckily for me this world traveller was in my neck of the woods. I had the pleasure of talking to this talented actor at a club in New  York City, where we dined with some female producers - who all happened to be fans of Hallmark - and really got to know him. Read on for your chance to get a little more personal with this strikingly handsome up and coming actor. 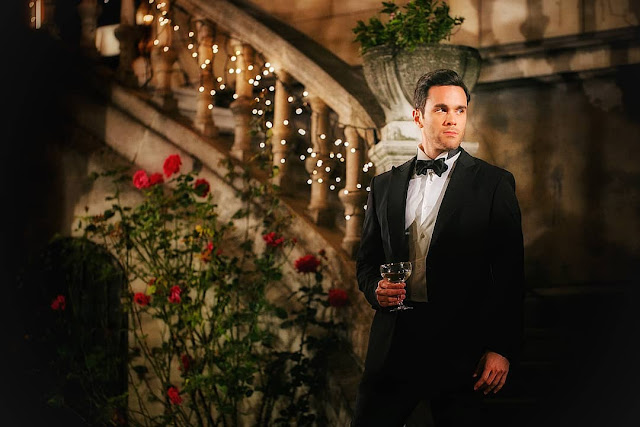 "I have always loved performing, but it wasn't until I was at the University of Toronto that I started to understand what a life in the entertainment industry could offer: it's creative, it's challenging and it can be a powerful impetus for social change. I was fortunate enough to attend the National Theatere School of Canada, and then New York University's Tisch Graduate Acting Program in order to put more tools in my toolbox. It's been off to the races ever since."


"In terms of actors I admire, I remember watching Hugh Jackman as Wolverine in the first X-Men movie and thinking, "wow". When I found out he could do it all: theater, film, musicals, comedy, drama, action, period pieces, romance  - I thought - there is something I can aspire to."
Growing up Watching Superheroes on Candian TV

"I love movies and television. Growing up, my brother and I used to watch DC and Marvel shows. Favorites were Batman, Superman, X-Men. I was in love with Wonder Woman.

My Jichan (grandfather) would take us to Samurai movies, we would watch Disney movies with our sisters, and of course.. Hockey Night in Canada.

On Getting the Call for When Hope Calls
I was shooting a series in Toronto when my agent called and told me they were looking for someone to play the rold of Mountie Gabriel in When Hope Calls. Of course I knew that our sister show, When Calls the Heart, was a well-known force in the television world so I jumped at the opportunity.
My final audition was a chemistry read with Morgan Kohan who plays Lillian on the show.  Casting Director Jason Knight let Morgan and I really explore the scenes together. We had a lot of fun. 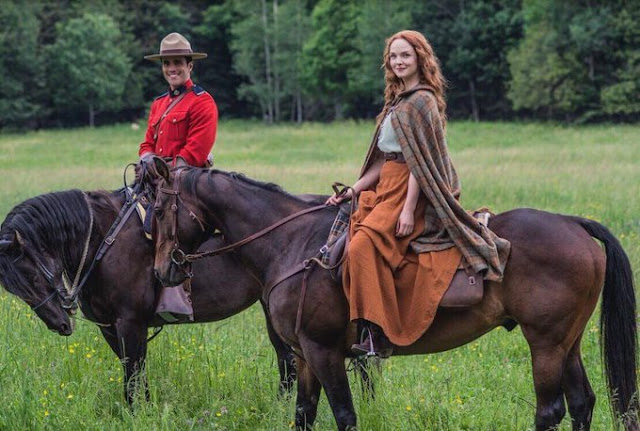 A Western Town Built in Canada

"Hallmark has spent a lot of time thinking through the details of this show. The period cosutmes and all the props are amazing. They've actually build a remarkeable Western town on a massive plot of land - I hope you can all come and see it one day!"

On the Success of the Hallmark Channel
"I really appreciate Hallmark's commitment to being the leader in quality family entertainment. It is an iconic network that continues to build on the 100-year legacy of the Hallmark brand. I'm proud to be a part of it."
Like/follow us on Facebook for more interviews:
https://www.facebook.com/BehindtheScenezz/

On Going To Budapest for HBO Europe

"For the past four years, I have had the pleasure of working with HBO Europe as their Spokesman. A team of us meet in Budapest every few months to develop a series of mini-films that aire in 25 countries throughout Europe.
The opportunity to work overseas with innovative, hard-working and incredibly talented artists from all parts of Europe has been a terrific experience."

Meet Dr. Evan Wallace
"Nurses  premiered on January 6th, 2020  at 8pm ET/PT on Global TV in Canada. The US release date is yet to be announced. I encourage you to follow the show for updates.

I play Dr. Evan Wallace, the head of a very busy Emergency Department. He's a hard-working, seleepidprevied, compassionalte guy who "may" be falling for one of the nurses."
A Family of Athletes and on Being A Batboy for the BlueJays
"I proudly come from a very diverse and athletic family. My father was a preofessional football player, my brother and I both played university sports. My whole family is very active.
And yes, that's true! I was a batboy/ballyboy for the Tornonto BlueJays throughout high school and into University. I continue to be a big fan. The lessons I leanred being in the scubhouse and on the field with the team have definitely contributed to my susccess in the entertainment industry. I did my first TV interview on the Rogers Centre field." 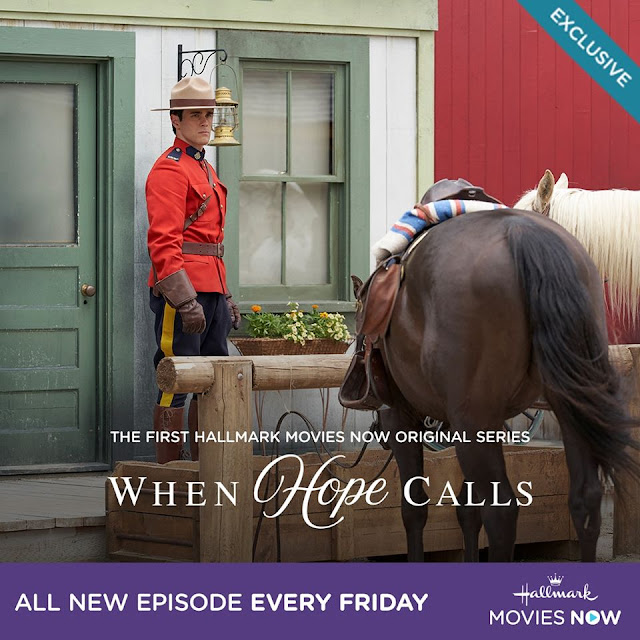 What's in the Works for RJ
"I have a great network of colleagues. We insprie and push each other, so we always have projects on the go. Stay tuned 🙂"
His Five Year Plan
"I'm inclined to stay the course - keep working hard to treat those around me well, and keep pushing myslef to the max each and every day in order to continue to grow and learn. We'll see where that gets me!"
Five Favorite Shows You Can Catch Him Binging On

Friends
Game of Thrones
Marvelous Mrs. Maisel
Our Planet
and of course..
When Hope Calls - "I had such a blast live tweeting with the fans.
I hope I get to do more of it!"
Top five movies
Batman: The Dark Knight
Room
Taratouille
Gladiator
The Lion King
Favorite Christmas Movie:
It's a Wonderful Life

Idea for a Perfect Day

"I love being outdoors. If I was in New York, I would start off with a run in Central Park, then meet a friend for coffee and site by one of the poinds. I'd cap it off with night time skate on an outdoor rink complete with some hot chocolate."

To connect with RJ Hatanaka: