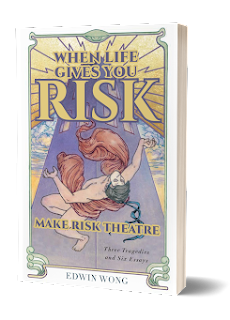 Theatre expert Edwin Wong has upended our understanding of  theatre by arguing that risk is the dramatic fulcrum of the action, and his first book launched a major international playwriting competition, now in its fourth year. He's calling on playwrights worldwide to submit plays to the annual 2022 Risk Theatre Modern Tragedy Competition, juried by an international panel of professionals, anonymous to each other and the public until the winners are announced.

Cash prizes of $10,200 for the winner and five $600 prizes for the runners-up (total $13,200). The winner will meet and collaborate with Wong in an online playwriting workshop, which will culminate in a staged reading of the winning play streamed online to an international audience.

Days Marci Miller Goes Back to Her Roots as Special Guest Actor for Axial Theater's Cactus Flowers Play Reading May 15, 2022 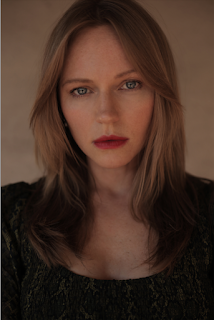 Marci Miller, who plays Abigail Deveraux on Days of Our Lives, will be a special cast member for a free play reading done by Axial Theater of New York. The event, called Cactus Flowers, will be a reading of four short plays by female-identifying playwrights.
Marci Miller grew up in small town Indiana. (North Liberty pop.1800) Originally off to college to pursue a nursing career, it was a professor at Bethel College who encouraged her to study music/theatre. She got involved in the theatre scene in Louisville, KY and while waiting tables, a fellow server urged her to head to the big city – Los Angeles. Since arriving, she has been involved in many commercials, films, and has been nominated for three Daytime Emmy Awards (most recently this year as Leading Actress) for her portrayal of Abigail Deveraux on Days of Our Lives.
PLEASE CLICK HERE to see more of this article.
Email ThisBlogThis!Share to TwitterShare to FacebookShare to Pinterest 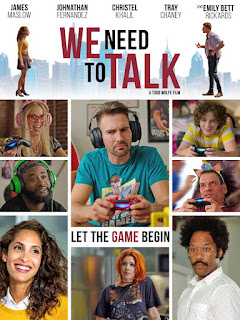 By: Markos Papadatos
James Maslow, who is known for his acting work in the Nickelodeon series "Big Time Rush," and the band of the same name, is starring as a video game influencer, "Great Scott," in the new film "We Need To Talk."
This chaotic romantic comedy was eloquently written and directed by Todd Wolfe, and it will certainly keep fans and viewers on their feet guessing the entire time. It will premiere on digital platforms starting Friday, May 13 via Global Digital Releasing.
Maslow portrays Scott, who is an egocentric video game influencer who interacts with millions of fans and followers every day.
PLEASE CLICK HERE to see more of this article.
Email ThisBlogThis!Share to TwitterShare to FacebookShare to Pinterest 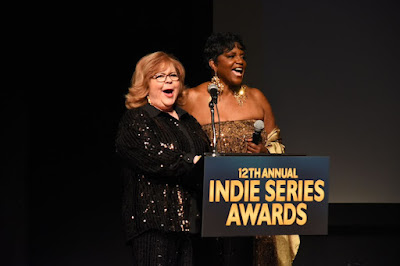 At the back entrance of the Colony Theater in Burbank California outside of LA in April 2022 it was back to business as usual -  the business of showbiz for the 12th Annual Indie Series Awards.

As a nominee, with my VAX card in hand and my 5:20pm slot I eagerly awaited entrance onto the bustling Red Carpet. While standing outside mingling with the cast of  Anacostia and Status Update I heard complaints about the heat wave LA was going through. But having flown in from the cold East Coast it was a refreshing change of temperature or this East Coaster.
PLEASE CLICK HERE to see more of this article.
Email ThisBlogThis!Share to TwitterShare to FacebookShare to Pinterest 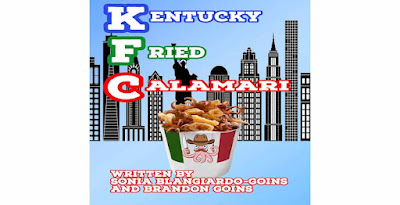 Coming to the Avenel Theater in Avenel, NJ for a limited run is the premiere of  Kentucky Fried Calamari, a comedy written by Daytime Emmy-award winner Sonia Blangiardo Goins and Brandon Goins.
Here's the premise: A hilarious culture clash occurs when a Kentucky boy has to go to NYC to ask his girlfriend’s very Italian parents for their blessing to marry her; all while they meet his over-the-top redneck family for the very first time….something neither family is remotely ready for! Throw in an exhibitionist granny, two dimwitted siblings and a priest uncle with more than a few secrets he’s hiding and you have one hilarious yet heartwarming recipe for Kentucky Fried Calamari.
PLEASE CLICK HERE to see more of this article.
Email ThisBlogThis!Share to TwitterShare to FacebookShare to Pinterest 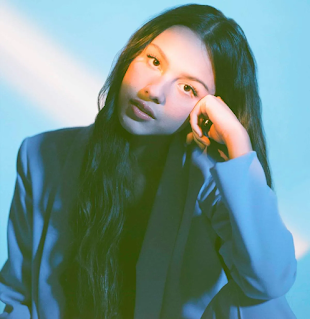 As she took the hallowed Radio City Music Hall stage, her presence was well-received with a raucous response from the fans, and she kicked off her set with the unapologetic "Brutal." She immediately broke into "jealousy, jealousy," prior to delivering her breakthrough smash hit, her Grammy-winning "Drivers License," where everybody was reciting the lyrics verbatim.
PLEASE CLICK HERE to see more of this article.
Email ThisBlogThis!Share to TwitterShare to FacebookShare to Pinterest
Newer Posts Older Posts Home
Subscribe to: Posts (Atom)