NBC New York News Reporter and Anchor Jen Maxfield Interview: She Talks about her New Book, "More After the Break - A Reporter Returns to Ten Unforgettable News Stories" and Share What It's Like to Be A Reporter in a World of Breaking News 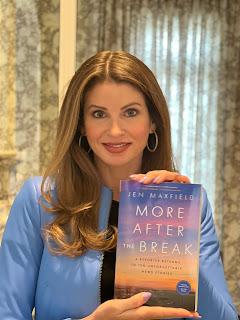 If you live anywhere in the New York City area you’re bound to recognize the face and voice of the multi- talented reporter and news anchor Jen Maxfield.

Having started her career in upstate New York Jen Maxfield is now a fixture in New York City Television. She’s a news reporter that’s covered everything from Sandy to Katrina to covid to the "Miracle on the Hudson" and so much more. You can find her now as an anchor currently on NBC News New York.
Jen has covered thousands of stories in her life. One may wonder how a reporter can emotionally handle all the rollercoasters or stories or if they can just walk away from them. What Maxfield does in this book is show how human reporters are, that though they may walk away from stories many stories linger with them.
During the pandemic with some hard-to-find extra time, she started thinking about many of those stories, those people, and wondering just what had happened to them. She named the book "More After the Break: A Reporter Returns to Ten Unforgettable News Stories." Anyone reading this will find that is was a labor of love for her, you can see just how she formed relationships with some of these people, how grateful they were to her to have their stories told, but also what came after the news trucks left. Many in the tri-state area will remember some of the stories, and be inspired by what transpired afterwards. The book is a message of hope in many ways.
Jen put her heart and soul into this book just as she does her new stories. I had the chance to interview her and talk to her about the book what it’s really like to cover her to be a reporter and also how she joke being a female a mother daughter and this reporter. The complete interview is here.

Or Click HERE For Video Interview on The LIBBY Show: Lunch with the Ladies
Jen Maxfield tells us how she gets her stories. Oftentimes, in order to cover the story she needs to speak to people still grieving from a tragedy, or still in shock. She says the old-fashioned "door knock" is "still the hardest part of the job." But she talks about how important it is to speak to that person, as "we are a proxy for the viewer." She adds, "We may tell an inaccurate story if we don't personally talk to them."
Most Difficult Assignment
Jen says, "It's hard to choose just one." She states, "Unquestionably, the most challenging is when there is the death of a person." She talks about how difficult this is. She says, "I try to put myself in the other person's shoes. I live by the Golden Rule."
In the interview, we also talk about what it is like having to strike a balance. She says, "I need to be very careful about not going too far along that path. She says, "It's gotten a lot harder since I became a mom." 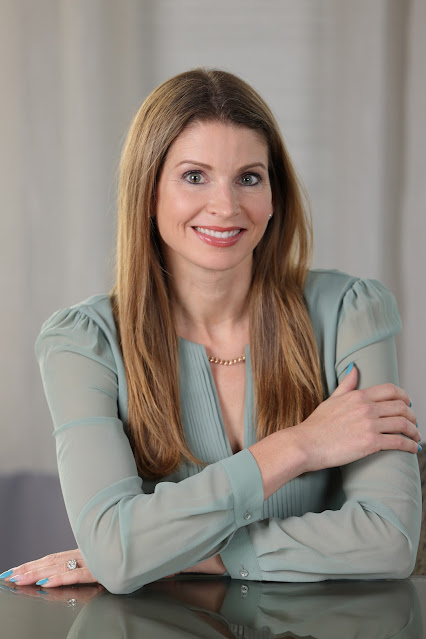 On Leaving Work Behind
Jen states that "the whole point of the book is that these people, these stories, "are still in my mind." She talks about how she works with a team every day, camera people, etc, that travel with her. She said, "We always talk about the people we interview and that's a way of processing it."
Physically, Jen says that on her way home - she does have set hours - she often calls her mother or friend or sister and does not talk about work. She says that helps her unwind and prepare for walking back into her house as mom and wife. She also unwinds with fresh air and exercise, especially enjoying bike riding.
On Writing the Book
Jen says that she chose her career because "I love to talk and I love people." She said that "most people don't know that I write my own stories (that air on the news), so they ask me if I wrote the book myself." The answer is a yes.
She said that she wrote the book during the pandemic, when there were fewer kid's activities. She said, "I woke up early in the morning and wrote each day. I would wake up before my kids were awake. "
She added that writing the book, as she was still working and is a mom, "was still a juggle." She stated that some days "the words were not coming out as I wanted to each time." So she said she would review them, and oftentimes they actually were better than she had thought.  She also added how she worked on different stories in the book contiguously, that while she was "writing one story she was researching another."
Jen's Motto
Jen has met thousands of people in her life and seen people at their best, their worst and in the almost imaginable circumstances. Her book shows how much she cares about them, and how she wants to help people by telling their stories. It is no wonder she says that she states that her "general attitude towards life is gratitude.". Quite powerfully, she adds, "I try to live every day to the fullest, because I've seen the other side."
Jen is doing a book tour: See her at the following locations and visit her website for more:
https://www.jenmaxfield.com/
Thursday July 21, 6pm – 8pmBarnes and Noble Book Signing + Meet & GreetRiverside Square Mall 390 Hackensack AvenueHackensack NJModerator: TBD Saturday, July 23, 2pm – 4pmBooks a Million Book Signing + Meet & Greet2200 Wrangleboro RoadMays Landing, NJ 08330 Wednesday, July 27, 6pm Sparta BooksBook Signing + Meet & Greet29 Center StreetSparta Township, NJ 07871 Saturday, July 30, 2pm – 4pmBarnes and NobleMonmouth MallBook Signing + Meet & Greet180 NJ-35Eatontown, NJ 07724 Sunday, September 18 at 12 NoonTenafly Library Book Reading100 Riveredge RoadTenafly, NJ 07670
Email ThisBlogThis!Share to TwitterShare to FacebookShare to Pinterest
Newer Post Older Post Home