Sundance 2016: Behind the Scenes from the Premiere of the Movie Equity by Broad Street Pictures - A First Timer's View

By Suzanne Ordas Curry\
So somehow, after my 25 plus years doing PR for everything from elevator controls to pizza to bankruptcy lawyers, I ended up in entertainment PR.

Of course I live a stone’s throw from , the greatest city in the world,  the entertainment mecca where the best and brightest and most creative people come to gather and grow.

And active, creative people have a way of finding each other. They build a momentum when they are together, and then anything can happen.

On a cold day in January 2 years ago I met a woman at an educational seminar that I connected with after it. Turns out we shared  not just a mutual interest in education but also in entertainment.

It’s just as cold now in January almost two years to the date and we are both on our way to Sundance as producers. (My friend Candy Straight is the Executive Producer and I am a co-producer). We have a unique movie premiering there, called  Equity. It's in the US Drama Competition and stars Breaking Bad’s Anna Gunn.

PLEASE CLICK HERE to see more of this article.
2 comments:
Email ThisBlogThis!Share to TwitterShare to FacebookShare to Pinterest

So Who Is Caroline Byrne? Hear About Her Journey to American Idol and What the Future Holds for This Talented Jersey Girl

By Suzanne Ordas Curry
Jersey Girl Caroline Byrne is lighting up the stage of American Idol and ready to take on the world. Appearing on American Idol is just the start for this talented singer, as she’s working on some new songs, planning to wow the Big Apple with some appearances and is determined to make her passion come alive.

Caroline shares with us how she started, where she’s going and talks about being on the much-anticipated "Farewell Season" of #AmericanIdol.

Q: Tell me about when you decided you liked to sing and wanted to pursue it.

Caroline Byrne: I knew I loved singing since the time I was very little. There’s plenty of home video of me singing Beauty & the Beast in my living room like it was my own personal stage. Even though I loved the spotlight at home, I was extremely shy at school and in front of other kids. It wasn’t until college that I really became comfortable in my own skin and singing in front of other people. I realized that I had a gift for touching other people and making them feel something thorough my music. That realization is what ultimately made me want to pursue music seriously.

listen to caroline on soundcloud:  https://soundcloud.com/iamcarolinebyrne

Q: Do you come from a musical family? 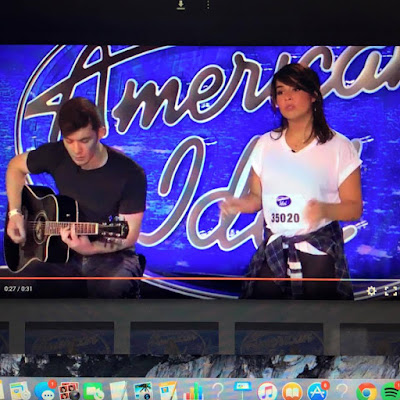 PRESS RELEASE (Los Angeles) - Caroline Byrne will be appearing on   American Idol Wednesday, January 13, 2016 on the Fox Network. She will be appearing on the episode about the Philadelphia auditions. Caroline is a singer/artist working on an album and has just released the song "Alive", which can be found at www.IamCarolineByrne.com.

This 26 year-old Bergen County native grew up in Waldwick, attended IHA and Ramapo College. She now lives in Ridgewood. She is the oldest of four. She has been singing since she was very little, though she says she did not become comfortable with singing in front of other people until she was in college. Caroline says she likes to touch people with her music and make them "feel something." 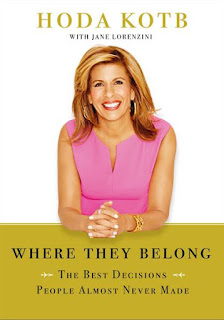 Hoda Kotb, the other half of the immensely popular Today Show fourth hour and one of my favorite hours of talk, is coming to Bookends in Ridgewood on January 11th at 7pm.

She will be there promoting her book, "Where they Belong", which is a book of stories of people who Today says "found themselves in completely unexpected moments or unforeseen circumstances." These situations lead all of these people to eventually do things they never thought possible, or even thought would be a part of their lives.

This is a small bookstore which offers a great experience with authors. There may be some standing on line as Hoda is a fan fave, but there are seats inside and the line moves fast.This store also allows for photos with authors.