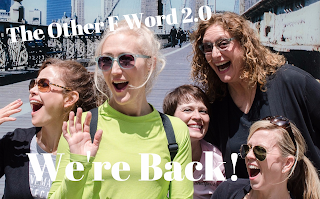 (Press Release) Ridgewood- The second season of Ridgewood resident Caytha Jentis' hit Amazon comedy series The Other F Word will have its NJ Premiere at the Ridgewood Bow Tie Cinema, 190 East Ridgewood Avenue in Ridgewood  on October 12, 2017 at 7pm. There will be a Red Carpet which starts at 6:30 pm which will feature some of the cast and crew of the series. Actress Stephanie Little, who plays Amy, will be there. The Other F Word was an Amazon Direct Video Star for four months in its first season on Amazon.
To Watch on Amazon: https://www.theotherfwordseries.com/
Update: As of August 2018, it can now be seen on AARP's The Girfriend site.


The show was created and produced by Ridgewood resident Caytha Jentis. The show revolves around four women above age forty dealing with the trials and tribulations of life as an adult, with and without kids, and all the funny things that happen as life and relationships change. For the second season, the cast reappears with some additional celebrities rounding out the season. This year, Alysia Reiner (OITNB, Better Things, Equity Movie), Nancy Giles (China Beach, CBS Correspondent) and Henriette Mantel (Brady Bunch Movie) join the cast of Steve Guttenberg (Ballers, Police Academy) Judy Gold (I'm Dying Up Here, Jim Gaffigan Show) Reiko Aylesworth (Navy Seals, 24) Michael Boatman (The Good Fight, The Good Wife), Gilbert Gottfried (Comedian, Alladin).  Also, several actors from Ridgewood are in it including Actress Rosie McCooe, Matt Surmac and Seamus McCooe.  Many scenes were filmed in Ridgewood.

The premise of Season Two: After dropping off their last kid to college, Amy's husband impulsively quits his job, joins the Peace Corps., and leaves her shell-shocked and alone for a year.  A once content suburban stay-at-home mom, Amy moves into New York City to live with her older single sister, Diane, and with her two best friends by her side, embarks on a wry comedic coming-of-age journey. Season to be released on Amazon 10/13/17. Though it is not rated, the show is intended for mature audiences. The first season of the show is up and can be watched by anyone without cost by using the link to Amazon on this page: https://www.theotherfwordseries.com/.

Caytha Jentis is a writer, producer and filmmaker. Her other films include Bad Parents with Janane Garofola, Cheri Oteri and  Kristen Johnson and  And Then Came Love  with Vanessa Williams.


This screening is provided in conjunction with the Lady Savant Organization, a local group for female entrepreneurs, which Caytha is a member of. Marci Hopkins of Wyckoff of Lady Savant is an associate producer.