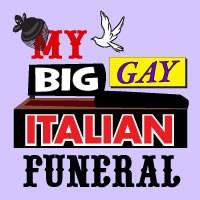 Anthony J. Wilkinson's My Big Gay Italian Funeral comes to Resorts on the Boardwalk in Atlantic City on July 28, 2017 at the Superstar Theater at 9pm. Tickets can be purchased at Ticketmaster.com or at the Resorts Box Office.

If you've seen the precursor, My Big Gay Italian Wedding, you know what's ahead of you, a night of laughs and fun as these plays find the humor in 21st century families coming to term with new issues amid ingrained stereotypes left over from the century before.

In My Big Gay Italian Wedding, which has toured the country and was recently seen at Resorts this past summer, creator/writer and three-time Emmy Winner Anthony Wilkinson plays Anthony Pinnuziato. Spoiler alert, Anthony does end up marrying his partner, played by Brandon Goins, but not without some clever maneuvering to please his Italian parents as well as some out-manuevering of a past boyfriend who does not this marriage to become until death do you part. 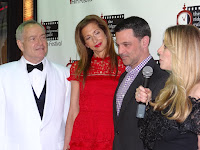 There's an egg being hatched in Hollywood,

This movie is set to be "eggcellent" from a female perspective. As she did with Equity as a producer, Alysia, David as well as  Ganeless have assembled a crack team of females to help them in this venture. The writer is female, Risa Mickenberg (Taxi Driver Wisdom), the director is Marianna Palka (Good Dick, Glow) and you can be sure much of the team cooking up this movie will be female.

By Kelly A. Byrne

Jeff Baena’s The Little Hours came out in select theaters bringing joy and laughter to the self-selecting audiences who love a good 15th century nun sex comedy. After premiering at Sundance, the film was distributed by Gunpowder & Sky to positive reviews in two theaters, followed by a larger roll out. The Little Hours is home to a star-studded cast including Dave Franco, Molly Shannon, Allison Brie, John C. Riley, Kate Micucci, Aubrey Plaza, and Fred Armisen, among others.

When Masetto (Franco) is caught sleeping with his nobleman’s wife, he must run for his life or else be killed. In his escape, he meets a priest (Riley) and gains shelter and a job as a gardener at the monastery where he must pretend that he is a deaf mute in order to keep the nuns from bothering him. In a twist of expectations, the monastery is the least sanctimonious place of the Middle Ages.

Females In Entertainment: Wonder Woman is One Super Step in the Right Direction in the Quest for Female-Driven Movies 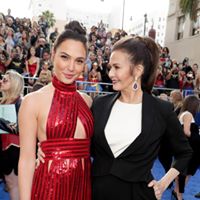 Wonder Woman is doing more than just Wonderful at the Box Office. It's another testament to the fact that women-directed, women-centric movies can make money from both male and females for the producers. CNN takes a good look at the power of this Patty Jenkins-directed superhero flick, but also asks a very important question. Where are movies about real women, like Vera Atkins, a World War II spy, or Harriet Tubman, for example? Hidden Figures didn't hide the fact that is was a true story about women, and look how well that did. Hoping Hollywood hears the call for more female-oriented movies based on true stories. And if not Hollywood independents should realize the need for and success from what women can bring to the camera, both in front of and behind them. Read full CNN article here: http://www.cnn.com/2017/06/02/opinions/wonder-woman-you-call-this-feminism-beale/index.html


No comments:
Email ThisBlogThis!Share to TwitterShare to FacebookShare to Pinterest 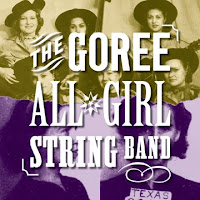 What is the Goree All-String Band?

First, it's the winner of the Kevin Spacey Foundation Musical Theater Artist of Choice Grant for the New York Music Festival.

Second it's a new musical that's about something quite unique. A bunch of women in the year 1928 making music. Behind bars. Who did not know how to play music. To get out. And, it's inspired by a a true story.

Review and Recap of Jane The Virgin on the CW: This Girl is Resilient and Makes for Empowering, Engaging and Must-Binge TV 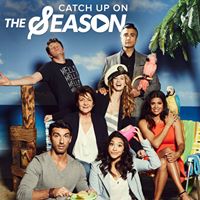 Jane The Virgin, the CW's award-winning drama about Jane Villanueva as she navigates becoming an adult while also becoming a mother, will be going into its fourth season this coming October. The series recently wrapped up the third season, which brought many changes to Jane’s life as well as the death of her husband, Michael mid-season. Jane’s resilience is quite admirable in her time of grief and it is clear she inherited her strength from the women who raised her: Alba, her grandmother and Xiomara, her mother. Throughout the course of the series, Jane and her motherly figures have disagreed and argued, but ultimately they are the ones who taught her how to be resilient in the face of adversity. 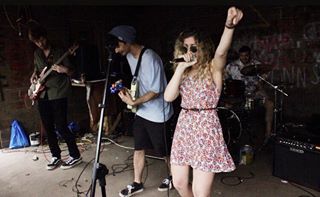 Zoochie comes to the Stanhope House in Stanhope NJ on Friday, July 7, 2017 at 8:00 pm. They are opening for the popular cover band The Mighty Spectrum, who will be doing their Bruce Springsteen show.

Zoochie is an emerging groove rock band out of New Brunswick. The four male and lead female singer band are all college students. Formed in late 2016 they already won the Demarest Battle of the Bands at Rutgers University.

At the Stanhope House, they will be playing thier favorite original songs including Honey, Three Missed Calls and Matador. Also expect covers of Amy Whinehouse and Anderson Paak.