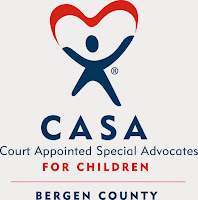 Have some fun and benefit children in foster care at the same time! CASA (Court Appointed Special Advocates) for Children of Bergen County is holding its 10th Annual Event: Casino Night: Bet on the Children on April 30th from 6:30pm - 10:30pm at Seasons, 644 Pascack Road in Washington Township, NJ.  Tickets are $125. Included in the ticket price are a wide array of hors d’oeuvres, food stations and desserts, open bar and $100 in casino play money. There will also be a basket raffle, silent auction and other games in addition to exciting casino-style play

What's better than a NJ Diner? A NJ diner with Seinfeld and Colbert in it.

World's were collidin' as the Colbert of everyday comedy met the Seinfeld of political humor.

The two were spotted recently at the Bluestone Coffee Company, 123 Watchung Avenue in Montclair. It didn't take long for this sighting of these two comedic giants to spark a whirlwind on social media.

Seinfeld was interviewing Colbert, a resident of Montclair, who is the Late Show's new replacement for retiring legend David Letterman. Seinfeld has a webseries called "Comedians in Cars Getting Coffee". For Seinfeld fans it's a rather funny series, or shall I say that if you are a Seinfeld fan of course you will love it. Other figures he has interviewed on the Internet include Larry David, Tina Fey, Louis CK, Kevin Hart, Jimmy Fallon, Amy Schumer, Miranda Sings, and the list goes on. 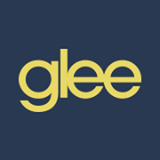 The series finale of Glee hit all the right notes!  In a brilliant move, the show’s creators went back to the beginning – to the Pilot, that is.  For the first hour of the finale, they created new scenes, which were woven around old storylines.  Some of
PLEASE CLICK HERE to see more of this article.
No comments:
Email ThisBlogThis!Share to TwitterShare to FacebookShare to Pinterest