Feel-Good Interview Series: Meet Actor and Model Joseph Cannata - Seven Things to Know About Him and What You Can See Him In 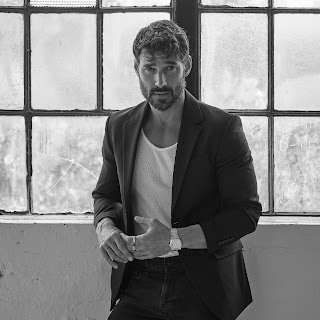 Actor and model is a fixture on TV. He's been in several series, and anyone who watches holidays movies is sure to know him from his many roles. Joseph Cannata starred in the holiday film A Brush with Christmas opposite Jillian Murray, which premiered on Great American Family in 2022. You may have also seen him in A Perfect Match, Snowbound for Christmas, Christmas Wedding Runaway Holiday, Hometown Holiday or The Good Witch among others.

His favorite films include The Count of Monte Cristo, Catch Me If You Can, and Gladiator. "Gladiator is what ignited my passion to become an actor," he admitted.
Cannata's favorite series to binge-watch include the second season of The White Lotus and The Lord of the Rings: The Rings of Power. "Although the whole show The White Lotus is weird, it somehow draws you in. The dialogue is so odd but perfect," he said. "The Lord of the Rings: The Rings of Power was super cinematic, every episode felt like you were watching a short film. It's a great show."
His Motto to Live By
His favorite motto to live by is "just keep livin" to quote Academy Award winner Matthew McConaughey ("Dallas Buyers Club").
How He Relaxes
In an effort to unwind and relax, he shared that he enjoys going to the gym, and reading. "The guy is a huge part of my life, it's a therapeutic thing for me," he attested. "Even when I don't want to work out, I have this internal competition with myself. Healthy living is a lifestyle for me. How I am in the gym, is how I am in real life, I am a pretty structured person."
"Also, I am trying to read a little bit more, I look forward to it," he added.
Cheat Meal....
He revealed that his favorite cheat meal is an In-N-Out burger, whenever he is in Los Angeles. "I love pizza too, I can eat it out of the freezer," he said.
His Dream Acting Partners
His dream acting partners to someday work with on a project include Leonardo DiCaprio, Ryan Reynolds, and Matthew McConaughey. "I feel like I am a combination of all three of those guys. They are a little funny and a little sarcastic," he said, prior to adding Reese Witherspoon as his female dream collaboration choice.
Sports?
In swimming, he listed freestyle as his personal favorite stroke, and if he were to do any track and field event, he listed the 100 meter dash as his race of choice. "I would also like to do the shot put," he added.
To learn more about Joseph Cannata, follow him on Instagram
Opening Photo from Joseph Cannata Facebook Page.
Email ThisBlogThis!Share to TwitterShare to FacebookShare to Pinterest
Newer Post Older Post Home