What We're Viewing: The Killing of A Sacred Deer with Nicole Kidman and Colin Farrell - An Unsettling, Fascinating Horror/Thriller Not for the Faint of Heart 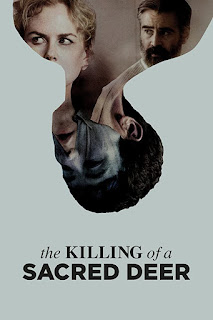 The Killing of a Sacred Deer is a horror/thriller based on the ancient Greek tragedy “Iphigenia at Aulis” written by Euripides. Filled with symbols and metaphors worth analyzing, this movie is uniquely disturbing. Due to strange character details and dramatic orchestrated music throughout, The Killing of a Sacred Deer is sure to keep you in a state of suspense. The title itself comes from an ancient Greek myth where someone in a group was responsible for accidentally killing a sacred deer, and a sacrifice was required to reconcile the situation. The plot is based off of this required sacrifice.
This movie follows Dr. Stephen Murphy, a cardiac heart surgeon (played by Colin Farrrell) who secretly befriends Martin. Martin is a teenage boy whose father was killed by Stephen during heart surgery, a surgery that he performed while drunk. When Stephen introduces the boy to his family, they all begin to fall ill under mysterious circumstances. This is because Martin forcibly makes Stephen choose one of his family members to kill to equalize the fact that he killed Martin’s father. If he fails to choose one family member, they will all die under the control of Martin’s plan. Quickly, they all begin to show symptoms of unidentifiable illness, such as bleeding out of the eyes and paralyzation.

Throughout the movie, Stephen continuously avoids accountability for the death of Martin’s dad. Instead of admitting to Martin or his loved ones that Martin’s father’s death was his fault, he spends time with Martin in secret. That said, it’s important to note that Stephen hanging out with Martin only puts salt in the wound of his father’s death, making it worse and doing nothing but making Stephen feel better about himself. It is no more than a shameful attempt to compensate for Martin’s loss in a lousy attempt to become a father figure. It is not sentimental, but merely a transaction for Stephen. 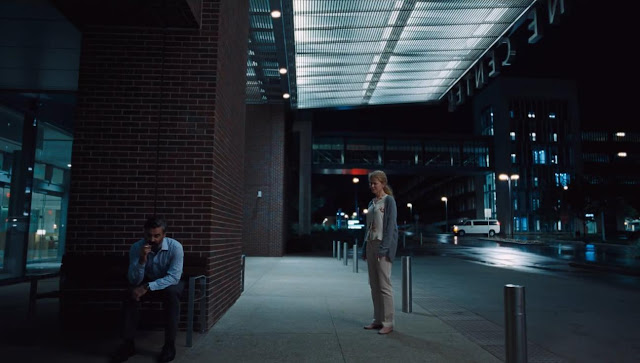 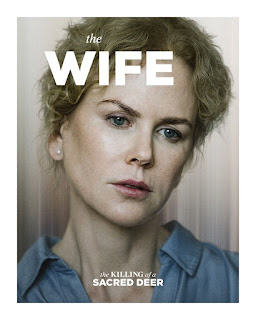 To further avoid accountability, Stephen lies about how he knows Martin and the nature of his father’s death. He even tells his wife, played by Nicole Kidman, that Martin’s father died in a car accident, and not the surgery that he performed. When she discovers later that he died during surgery, Stephen avoids the consequences of reality by blaming the death on the anesthesiologist.
Both Martin and Steven are, figuratively speaking, God-like figures. Martin is the moral justice seeker who uses his power to carry forward his vision of justice. Like many depictions of God throughout history, he has an unstoppable force that he uses to set out his own justice system based on his personal moral code. In one scene, Stephen’s wife even kisses Martin’s feet, allegorical that he is seen as a God. Likewise, Stephen is a God-like figure, holding life and death in his hands as a heart surgeon. 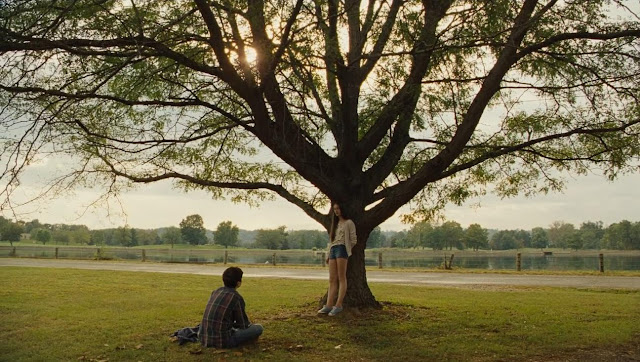 To solve the morally conflicting scenario that Martin has set up for him, Stephen ends up confronting the reality of his new life. He kills off a member of his family by tying them up and spinning around while shooting a gun blindfolded. This shows his attempt to randomize the death. It also hints to the fact that justice is blind, since Stephen is blindfolded when he shoots his own son.
Stripped of all their humanity, the characters in this movie, especially the family of four, are anything but a united front. With the uneasy atmosphere comes a lingering uncertainty with lots of character development and foreshadowing. Filled with dryness and off-putting personalities, the characters are twisted but fascinating. Eerie, unsettling, and compelling, The Killing of a Sacred Deer is all about a failed attempt to avoid the punishment that you don’t want to admit you deserve.