Review of Netflix Series Hollywood: Hooray for this Series About Glitz, Glamour and Getting a Seat at the Table 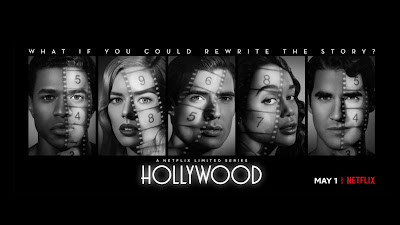 Hooray for Hollywood! I’m talking, of course, about the seven episode series Hollywood  by Ryan Murphy released by Netflix in May.

Set in post WWII Tinsel town, it is coincidentally (no, strike that) - it is eerily part of our current national conversation. And it is a “must see” for so many reasons. Trust me when I tell you this because in the last three months I’ve had the attention span of a carrot. Just when I thought I just didn’t have it in me to watch anything along comes Hollywood. Finally- a reason to bunker* down and binge watch through the night.


Hollywood had me at “hello” - in this case the dramatic introduction which I never once opted to skip when given the choice. Ambitious hopefuls ascend the landmark Hollywood sign: would-be stars and starlets, aspiring writers, budding directors - all willing to climb a little bit higher, leap without a net, take a chance. 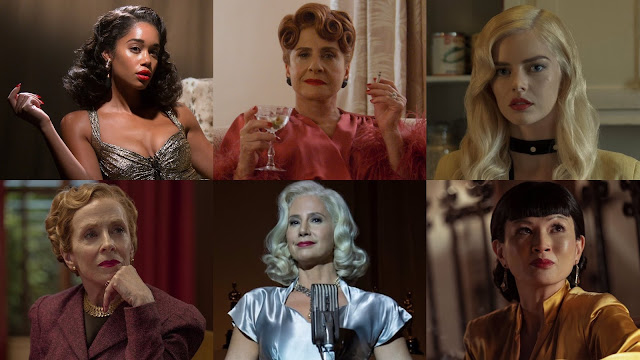 Still not sure it’s worth taking a break from your favorite activity (i.e.wiping down high touch surfaces)? How’s this? The cast includes Patti LuPone, Laura Harrier, Holland Taylor, Jim Parsons, Jeremy Pope, Queen Latifah, Darren Criss, Rob Reiner and many others. Need more? Would it help if I told you that they even wrote Eleanor Roosevelt into the script? (Okay, she’s no Andrew Cuomo but this was the 40’s.).

But all of this is not why you should be watching Hollywood RIGHT NOW! You should be watching Hollywood because it is about the national conversation we are having RIGHT NOW! It’s about who gets a seat at the table. Who gets a seat but has to still lean in to be heard. Who leans in and who has a voice. Who is given the power. And who has to take it. Summed up by Queen Latifa as the real life Oscar winner Hattie McDaniel offering advice to her fictional protégé Camille Washington (Laura Harrier): “The important thing is that you’re in the room. You need to be in the room.” 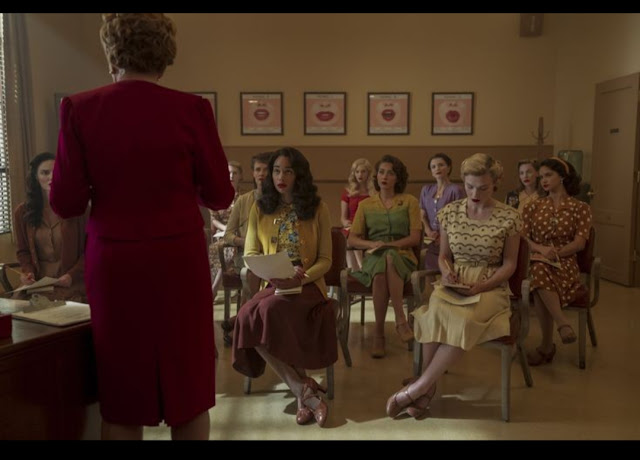 I’m not going to spoil even one scene of this “must see” series. I am going to tell you that in these troubling and uncertain times it is about hope. And change. Watch it and consider the words of the late Maya Angelou: “Do the best you can until you know better. Then when you know better do better.”

Hollywood shows us we CAN do better.