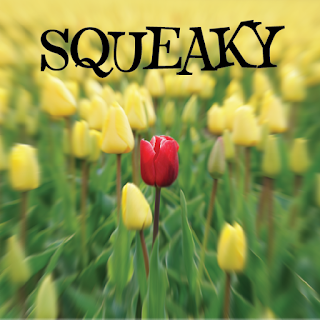 (Staff) The Fourth of July is a celebration of our Independence and the radical proclivities of our founding fathers. However, in Brad Forenza’s Squeaky, the day after Independence Day may paint a less liberated picture.

This Fifth of July, Forenza’s Squeaky (an examination of Lynette “Squeaky” Fromme) will receive her own show, as presented by the Hollywood Fringe Festival. Squeaky will be accessible to all through the rapidly expanding “streamed theater” experience. It stars Sara Eklund, Rosie Gunther, Brooke Hoover, and Roberta Lipp, as different dimensions of the titular character, as she opines about the current state of affairs and the unavailable men in her life (Tom Pryor and Forenza also appear).

We recently asked these East Coast actors why they agreed to bring Lynette “Squeaky” Fromme, Charles Manson’s chief acolyte and the attempted assassin of President Gerald Ford, to life. Some, like Brooke Hoover (who inhabits Squeaky’s political dimension), were motivated by the sheer prospect of collaboration. “As an actor, you have certain people who you will always say ‘yes’ to, because you believe in them as creators, as artists, and they believe in you. Brad Forenza is one of those people, to me,” she offered.

Others, like Roberta Lipp, were enticed by the source material. “Lynette [Squeaky] has always been compelling to me. There is something weirdly innocent about her, and something so vulnerable—her feelings are right out on the edge,” Lipp, who portrays Squeaky’s reflective dimension, offered. “I don't see myself as portraying just one dimension. I am portraying Lynette's own interpretation of a dramatization of Lynette. There are almost no limits to what that might express.”

Rosie Gunther, who embodies Squeaky’s poetic side, was attracted to the play’s thematic elements. “Squeaky—as envisioned by Brad Forenza—is ripe for exposing a darker Americana.” When asked to discuss how she approached bringing a seemingly reviled character to life, Gunther spoke of character development. “Whether you are playing the nerd or seductress or ‘villain,’ it all starts with the actor's point of view and their version of that character. Using the magical phrase ‘What if?’ is a very powerful tool for actors.” Gunther elaborated, "‘What if I was brainwashed and convinced myself to commit certain atrocities?’ ‘What if I was under the spell of someone who had complete and utter control over me?’ The ‘What if’ gives our imaginations a great workout, as well as the opportunity to see the world through someone else’s eyes.”

Sara Eklund (Manson-era Squeaky) similarly warned against forming pre-conceived opinions of any character one excavates. “To play a figure with such a tainted public history, yet such a complex psyche, is challenging,” she observed. “To go there means you have to justify actions that you, as the actor, would never justify for yourself,” she added. “In most moments, human beings always have a justification for their actions, no matter how dark or clearly they may see their wrongdoing in hindsight. The actor's job is to show that conviction. Judgment is the job of the audience.”

Finally, the actors offered their thoughts on the rapidly evolving medium of streamed theater, which enables them to appear at this year’s Hollywood Fringe from the socially distanced comfort of their East Coast abodes.

“The obvious difference, for me, has to do with listening. How do we really listen to one another, when we are not face-to-face, and how do we gauge the audience's reactions?” Gunther ruminated. “It’s going to be a challenge.” 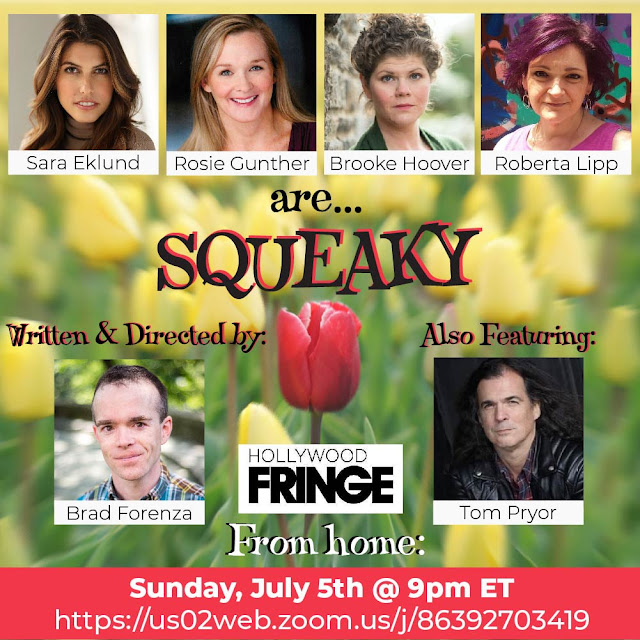 "Streamed theater is live, but it's confined, and there's a tension there, so the piece needs to lend itself to that tension—or you need to find that tension in the piece,” observed Lipp.

“Actions we'd typically perform with our bodies—to kiss, to punch, to hug—we now have to convey much more clearly with our words and what's underneath them,” added Eklund.

While all of the actors recognized challenges unique to streamed theater (e.g., working exclusively with a single camera angle and an audience you can’t see or feel, while fighting against the fear of becoming a talking head), Eklund, Gunther, Hoover, and Lipp equally recognized streamed theater’s potential for inclusivity. “Streamed theater makes live performances much more accessible for all,” noted Hoover, “And that is something we can all get behind.”

For More Info on the Festival:
www.hollywoodfringe.org