Tucked away on a 18 miles stretch of white sandy beaches and shore houses along the Jersey shore is a film festival getting bigger each year.  The Lighthouse International Film Film is now in it's 12th year. Yes, the islanders and vacationers surely know about it but it's getting better and more reknown each year attracting people from all over the NY/NJ/Philadelphis area and more.

Courageously the show will go on this year despite the pandemic in a drive-in and virtual format from June 16th-20th. Luckily the island presents beautiful spaces where cars can socially distance themselves and movie buffs will get to see some great films on a big screen under the stars (which you can actually see on this pristine island).

Speaking of stars, this year's lineup of over 80 films includes flicks with well-known stars, directors and producers. The prestigious 2020 Lighthouse Award is being presented to Margate, NJ resident Scott Rosenfelt, who produced Home Alone, Mystic Pizza and Teen Wolf, among many others. He's screening his new film,  A Case of Blue by Director Dana Glazer (co-produced by NJ residents Suzanne Ordas Curry Dotti Fucito) at the festival as part of the drive-in on June 17th. Earlier in the day, he'll be having a virtual chat with festival director Amir Bogen.

The festival features shorts, documentaries and narratives. There are films from Sundance, SWXSW and other festivals. The festival prides itself in presenting films by new talent, as well as surf films keeping with the vibe of the island. And speaking of vibes, in 2018 Movie Maker Magazine added it to its list of  "coolest film festivals in the US."

To see what is available as a drive-in and what is virtual, as well as to purchase tickets, visit the website. You can buy just single films or packages:
http://www.lighthousefilmfestival.org/index.html

Here are just some of the films selected for this year's
Lighthouse International Film Festival: 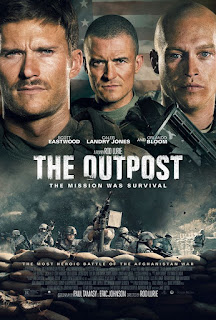 
9to5
d. Julia Reichert and Steve Bognar, 89, USA (Non-Virtual World Premiere)
Oscar winners Julia Reichert and Steve Bognar (for American Factory, LIFF 2019 closing film) return to LBI with their new project: In the 1970s, America's secretaries took to the streets, fed up with on-the-job abuse. They created a movement called 9to5, which later inspired Jane Fonda to make a movie and Dolly Parton to write a song. This is the untold story of their fight (original selection of SXSW 2020).
Shithouse
d. Cooper Raiff, 99 minutes, USA (World Premiere)
Lonely college freshman Alex (played by writer/director Cooper Raiff) has closed himself off from his peers, who all appear to have this whole "college thing" figured out. Alex's family is 1500 miles away and all he can think about is getting back to them. Everything changes one night, when Alex takes a leap and attends a party at Shithouse, where he forges a strong connection with Maggie (Dylan Gelula). When she ignores him the next day and seems to have forgotten about their amazing night, Alex feels desperate for things to go back to how they were before (original selection of SXSW 2020, and its jury award winner for best narrative feature).

Shiva Baby
d. Emma Seligman, 71 minutes, USA
A story of a young Jewish woman who gets in hot water when she attends a shiva and one of her "sugar daddies" shows up. Starring Rachel Sennott, Polly Draper, Dianna Agron, Molly Gordon, and Fred Melamed (original selection of SXSW 2020).

Summerland
d. Jessica Swale, 99 minutes, UK
Alice is a reclusive writer, resigned to a solitary life on the seaside cliffs of Southern England, while World War II rages across the Channel. When she opens her front door one day to find she's to adopt a young London evacuee named Frank, she's resistant. It's not long, however, before the two realize they have more in common in their pasts than Alice had assumed. Gemma Arterton, Gugu Mbatha-Raw and Tom Courtenay star in this intensely emotional story of love's endurance in trying times.
Why Is We Americans?
d. Udi Aloni and Ayana Stafford-Morris, 100 minutes, USA (World Premiere)
With the guidance of the legendary Ms. Lauryn Hill, this powerful documentary follows the legacy of the black thinker Amiri Baraka and his family. The film explores how the Baraka genealogy merged into the DNA of Newark - its history, politics, culture, and struggles - the biggest city in New Jersey.
American Trial: The Eric Garner Story
d. Roee Messinger, 100, USA
What would have happened if NYPD officer Daniel Pantaleo had faced a grand jury for the killing of Eric Garner in 2014? An unscripted courtroom drama about the trial that never happened following the death of Eric Garner at the hands of the police, using real lawyers and the actual witnesses who would have testified had the case been tried. 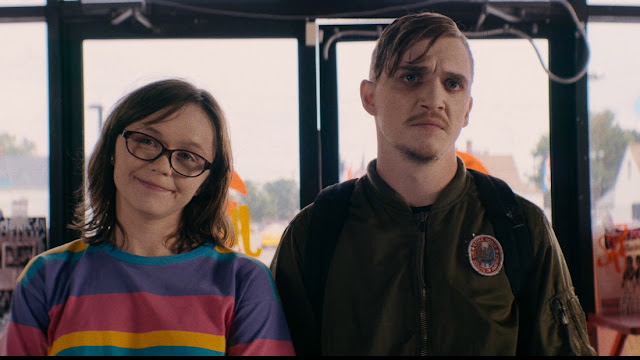 Dinner In America
d. Adam Rehmeier, 106, USA
In a dreary Midwestern suburb, aggro punk rocker Simon (Kyle Gallner) finds himself on the run again after a bout of arson and a close call with the police. A chance encounter with the eccentric Patty (Emily Skeggs) provides him a place to hide, though she fails to realize that her new friend is the anonymous lead singer of her favorite band. As the two embark on a series of misadventures, they realize they have a lot more in common than they first expected.
The Evening Hour
d. Braden King, 114, USA
Dove Creek, West Virginia, was once a flourishing American mining town. Now, this post-industrial community is in decline. Cole Freeman (Philip Ettinger) works as a nursing home aide looking after the elderly, but he can hardly make ends meet even by dealing in illegal painkillers on the side. Like many of his generation, he is looking for a way out, but opportunities are few in this rapidly changing landscape. Cole belongs to a generation who feel trapped by a toxic combination of existential fear, lack of opportunity and powerlessness. Adapted from Carter Sickels' novel of the same name.

Save Yourselves!
d. Alex Fischer and Eleanor Wilson, 93 min, USA
Jack (John Reynolds) and Su (Sunita Mani) are a hip Brooklyn couple who, like many of their friends, find themselves dependent on technology and unable to put down their phones. Fearing their mindless scrolling may impact their connection with each other, they seize the chance to head to an isolated cabin in the woods, vowing to unplug from the outside world for a week. Sheltered from texts and push notifications, they are blissfully unaware that the planet is under attack. As strange events unfold, the couple must figure out a way back to civilization - or what's left of it.

The Truth
d. Hirokazu Kore-eda, 106, France/Japan/USA
A portrait of family dynamics by Japanese Cannes-wining filmmaker Hirokazu Kore-eda (Shoplifters). Fabienne (Catherine Deneuve) is an aging French movie star who, despite her momentary lapses in memory, remains a venerable force to be reckoned with. Upon the publication of her memoirs, her daughter Lumir (Juliette Binoche) returns to Paris from New York with her husband (Ethan Hawke) and their young daughter to commemorate its release. A sharp and funny battle of wits ensues between the mother-daughter duo. Charming, bold, and imbued with endless emotional insight.