A new film and Arts Festival is coming to New York City, the Gold Standard Festival. Hosted by the Goddard Riverside’s Community Arts Program, it will be a week long festival to celebrate emerging and established film, theater, and comedy artists 50 years and older. This inaugural festival will be held April 26 - May 1, 2022. Entrants can enter via Film Freeway as of October 28, 2021. For more info visit: https://goddard.org/goldstandard/

Festival Directors Caytha Jentis and Eileen Katz are spearheading the festival.  Both have extensive background in entertainment and community service and wanted to create an arts festival to showcase and support this underserved demographic.

The festival will include a weekend of features, documentaries, and short films curated as well as selected from a competition that is listed on Film Freeway.  Additionally, there will be a showcase of ten-minute plays and a comedy night.  Panels and parties are planned as well. 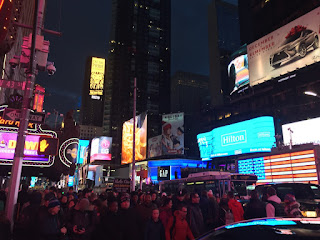 While the artists recognized must be a minimum of fifty years old, their art can concern any topic and any age group. When Jentis and Katz conceived the idea, they saw Goddard as the ideal partner.  “We are so excited to partner with Goddard as they do so much good work for the community.,” said Jentis, who has produced three events for Goddard’s Women’s History Artist Month (WHAM) festival and has volunteered for the free Holiday Meals and Book Fair.  “Surprisingly, there is no festival like this out there!”

The show was a huge success and while it was an Amazon Video Direct top series four months in a row, it was largely ignored by the television industry.  In meetings the creative team was told repeatedly that the show targeted to a tough demographic - women in mid-life.  It’s no secret that there is ageism in Hollywood.

“We see this festival as a great way to nurture, showcase and celebrate a demographic that has been largely ignored in the arts,” says Katz.  “We are living in a great time of inclusion and diversity, and we want to add this demographic to the dialogue.”

Proceeds from the festival will be used to create and support year round programs for older artists.