Katonah Classic Stage is pleased to announce its inaugural season. Katonah Classic Stage (KCS) is a new theater company in Katonah, NY whose mission is to offer exceptional, diverse and professional productions of classical and contemporary plays. This new theater company, (hosted by the Harvey School, 260 Jay St. Katonah), will bring professional plays as well as classes on the theater arts to the lower Hudson Valley.  The plans are to host productions throughout the year  tht will have an appeal to all ages. Though Katonah is near New York City, this theater will fill the void in the area as New York caliber productions will now be available on this side of the bridge. You can visit the website at https://www.katonahclassicstage.com. 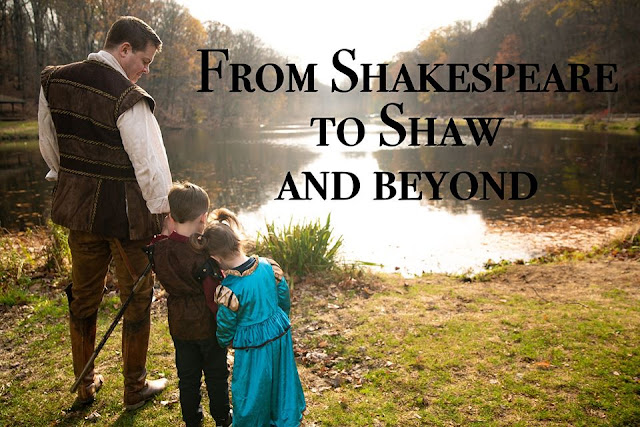 The goal of this company is to provide seasonal productions as well as offer educational programs to children and adults alike in the theater arts with a emphasis on Shakespeare and other master dramatists. Staffing, casts and crews will draw from the exceptional talent found in the area as well as New York City.  The theater company is  founded by Actor/Director/Producer Trent Dawson, a three-time Daytime-emmy nominated actor. Best known for his role as Henry Coleman on As the World Turns, Trent is also an accomplished Shakespearean actor and has appeared in many tv roles. He has worked on Broadway , Off Broadway and at regional theaters across the country. He can be seen in the lastest season of The Marvelous Mrs. Maisel.  Trent's plays have been performed at Manhattan Rep and The Barrow Group. his directed his original screenplay, The Six, which will be seen at film festivals this season.
Trent states, "These plays are still performed not because they're studied in English class, but because they're some of the greatest things ever written. When put into professional hands, the classics can lift the human spirit in a remarkable way. Imagine your favorite piece of music, wether it's Mozart or Abbey Road or whatever does it for you. That feeling you get when you hear that - that lifting, transformational effect. Imagine that happening with a play while sitting next to 200 other people who are experiencing the same thing. We hope to bring this to you."

Also on the team is Christa Scott Reed as Associate Artist and Sharon Kearney as Executive Director. Christa is a New York City actor and director with numerous theater credits who is also a faculty member at the School of Drama at the New School. Executive Director Sharron Kearney is an attorney with a passion for the arts.

Events scheduled for this inaugural year include The Eve of the Ides on March 14, 2020, This is the first event, a party celebrating classical theater at the Harvey School in Katonah. The celebration will include appetizers from some of Northern Westchester’s finest chefs, beer and wine, a silent auction and live entertainment.  Performers scheduled to attend include Trent Dawson (KCS’s Artistic Director), and Michael Park (original Broadway cast member from Dear Evan Hansen, Tuck Everlasting, & Smokey Joes Café). Also scheduled is a Derby Day Sing-along on May 2 at the Katonah Village Library. The inaugural production will be Shakespeare's Twelfth Night, directed by Christa Scott Reed, which will open on June 18th and run until June 25th at The Harvey School.

Katonah Classic Stage is currently auditioning for cast members for its productions. The company is also seeking crew members and designers. Volunteers are also needed for many aspects of this theater company. If you love the arts this is a great way to help out, use your skills or learn a new one. Sponsors are also being sought.

Visit and like on social media for updates:
https://www.facebook.com/KatonahClassicStage