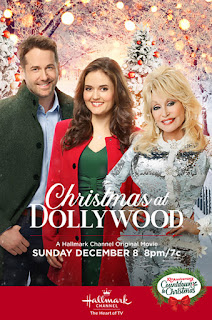 I live in a house with men. I have a husband and two sons. Around the holidays, we have a saying in our house. It's called the "definition of a split second." That's the time it takes for one of the men to walk in to a room with the TV on, see it's a Hallmark movie, look around for mom and if I'm not there,  then shut is off. Really, they can do this in half a second. And no matter where I am in the house, I'll hear it.
They often ask me, why do you watch these movies? I tell them, "I watch them because they put me in a good mood." Because I have them on so often, they are even starting to recognize them.  So the next question is, "Why do you watch them over and over again?" I answer, "Again, because they put me in a good mood. And I don't always watch them glued to the set. I might be doing something else while they're on, but I will tune in for the best parts." Examples: like when Danica McKeller shows up at the ball with the red dress on at the top of the staircase, or when Lacey Chabert takes off her long white glove to eat the food at the ball, or when the perfume is verified to be old so we know Candace Cameron Bure is really from the past. I could go on... And of course, I always tune in at 1 hour and 59 minutes into the movie to see the final kiss. 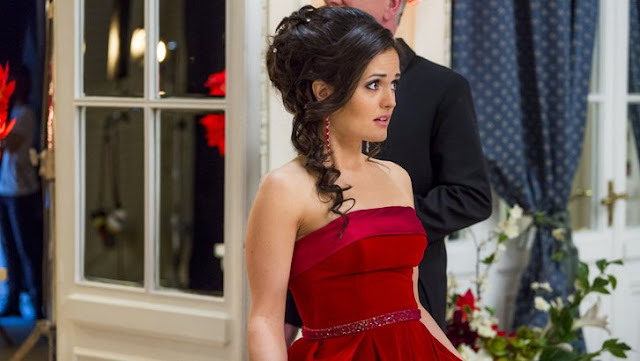 It's been almost three weeks since I have been in isolation. Several people I came in contact with tested positive, so we stayed home before it was mandated here in the New York area. One of the ways they say to cope is to keep your daily routine going as much as possible. As I have worked from home for decades, in reality my routine is not all that different.
However, during the period of time when I work on the computer, which is many hours, I have been reading a lot about COVID-19. I've been reading about where it is, how many people have it, how it binds to the lungs of the cells, how it is transmitted, why people die from it, whether or not ibuprofen has anything to do with it, how long a successful vaccine will take and what the possible scenarios are for the future, among many other aspects of this pandemic. I will also listen to the news about it. In this area,  it's hard to escape not hearing about it. When you turn on the TV or other live platform, you're bound to catch breaking news or a commercial on it. I can't even get through The View without an interruption. My son keeps telling me "shut it off."
He is right. As I said, it's been almost three weeks. I am getting used to this routine. I've educated myself about what is going on. I know what the curve is like. I know how serious and deadly the disease is as I know a half dozen people thave have it. One of them just got off a ventilator and another just went in to the hospital. I know that when I walk outside in my backyard, and I see a neighbor getting fresh air, we stay far from each other.  I know that when I wake up, I have to find something different to occupy my time with because each day feels the same. And I know it's not just me. I've had colleagues send me emails asking for phone calls later in the week on a certain day and it already is that day. We are #AllinThisTogether. We're all experiencing Groundhog Day.
_________________________________________________________
You may like: It's Not Contagion it's Groundhog Day
https://www.suzeebehindthescenes.com/2020/03/view-world-of-covid-19-its-not.html#more
But, today, it's the weekend, and I decided to do something different. I am going to watch the Hallmark Channel all day. It's going to be hard for me not to get an update on my computer or phone, but I am going to have the Hallmark Channel on all day.
Today they are showing mostly Christmas movies. They are branding it because "We need a little Christmas." And isn't that right? But we don't just need a little Christmas because it is one of the happiest times of the year for most people amd fires up our memories and endorphins. Now, during this crisis bigger than anyone of us living has ever experienced, we need reminders. 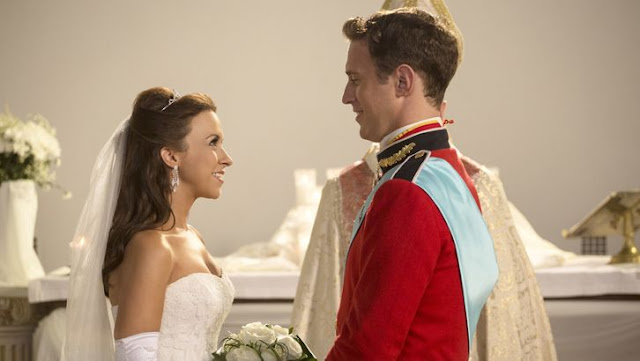 Whether its a Hallmark  Christmas movie or other movie,  Hallmark movies are known to show a near-perfect version of the world. It is escapism, a distraction. Beautiful houses, people, castles, princesess, love, happy family gatherings, romance.. it is the stuff that dreams are made of. (For the critics- it's not reality, and we know that.)  But isn't that just what we need right now? Something to dream about?
These movies are a reminder that life will go back to some kind of normal. We may  not be arm to arm anymore while  picking out the perfect Christmas trees. We may not have 20 peeople gathered for a Christmas party. We may not be accidentally meeting a new beau in an airport without a face mask one. We don't know. Maybe we will and maybe we won't. But these movies remind us of the joys of life, of being with other people, of celebrating common bonds together, of being with our loved family and friends; this will all happen again. I am not thinking of it as a reminder of what we don't have right now, but what we will have again.
Because we will. Humans are social beings, we are not made to be caccooned in our homes. Someday soon, we'll all be living our own version of a Hallmark movie.
PS If Hallmark is not your thing, pick another channel and just shut off the news for a day. For instance, my husband has been watching reruns of baseball games.
Email ThisBlogThis!Share to TwitterShare to FacebookShare to Pinterest
Newer Post Older Post Home