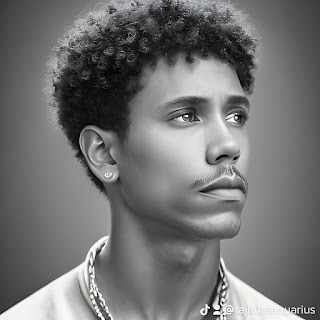 By Markos Papadatos, "Power Journalist"
Emmy nominee Tajh Bellow stars as Dr. TJ Ashford in the hit ABC daytime drama "General Hospital." You may also know him from his other roles on TV, such as in NCIS, Bosch, The Middle, 9-11 Lone Star, Girl Meets World and many more.
Last year, Bellow made Emmy history by becoming the first-ever male actor to be nominated in the newly-formed gender-neutral Emmy category for "Outstanding Younger Performer in a Drama Series."
What Tajh Bellow Watches
His favorite series to binge-watch is "Breaking Bad." "I am on Season 4. I love it, it's exhilarating and I now see what I've been missing," he said. "That's the main series I have been binging as of lately."
Bellow's favorite movies this year was "Thor: Love and Thunder." "I thought 'Thor' was great and absolutely hilarious," he said. "I did well with Marvel this year. I haven't seen 'Top Gun: Maverick' yet."
Cheat Meals - He has a Sweet Tooth
His favorite cheat meal is dessert. "I love dessert-based cheat meals," he said. "I also love anything fried."
On Living Life Now
Regarding the title of the current chapter of his life, Bellow stated, "Independence and Exploration."
Bellow revealed that his favorite motto to live by is this classic quote by Confucius: "The person who moves a mountain begins by carrying away small stones." "That's my favorite one. It's on my Instagram and I love it," he expressed. "I also like the following quote: 'a rising tide lifts all boats'."
He defined the word success simply as "defining life for yourself based on the perimeters of what will make you feel like you've lived the way you wanted to."
Watch him on General Hospital
Bellow also told his fans to be on the lookout for some good scenes that his character, TJ, has that are coming up with Willow (Katelyn MacMullen).