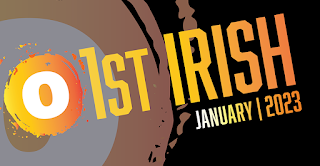 The 15th annual Origin 1st Irish Theatre Festival returns to a mostly in-person format, running three weeks from Monday January 9 to Tuesday January 31.Participating theatres and cultural organizations in New York include 59E59 Theaters, the Irish Repertory Theatre, the Irish Arts Center, the cell, Ryan’s Daughter and Symphony Space in Manhattan; the NY Irish Center in Queens, and An Beal Bocht in The Bronx.
Presented by the NY Irish Center, and The Drilling Co, now in its 22nd year under the artistic direction of Hamilton Clancy, whose mission is to produce new plays by emerging dramatists who wish to incite social change.  The Drilling Co’s innovative outdoor stagings of Shakespeare FREE, in NYC’s Lower East Side and Bryant Park, support a dynamic company of professional theatre artists, and bring audiences of diverse socioeconomic backgrounds together.
Origin 1st Irish Theatre Festival is the only festival of its kind devoted to producing and presenting the theatrical work of contemporary Irish playwrights from around the world, in a mix of brand new and recently acclaimed productions from both sides of the Atlantic.  Tickets are now on sale at www.origintheatre.org
1/ OPENING CEREMONY Irish Consulate NY Mon Jan 9, 6pm
The Festival's out-of-town guests, members of New York's extensive local Irish theater community and our many friends of the Festival gather for this “Welcoming.” The by-invitation reception is hosted by the New York Consul General Helena Nolan, Origin’s board chair Carletta Downs, and Origin artistic director Mick Mellamphy.
2/ HEAVEN Performances at 59E59 Theatres from Jan 11 to 29
Opening the Festival is the US premiere of “Heaven,” from Dublin’s Fishamble, the New Play Company. Written by Eugene O’Brien (winner of the Rooney Prize for Literature for “Eden”), directed by Jim Culleton (Irish Times Best Director Award winner 2019), and featuring Andrew Bennett and Janet Moran in their acclaimed performances.  Set in County Offaly, during the weekend of a local wedding, “Heaven” introduces us to Mairead and Mal, who are struggling to keep their marriage together. This is the Olivier Award-winning Fishamble’s 9th 1st Irish import. 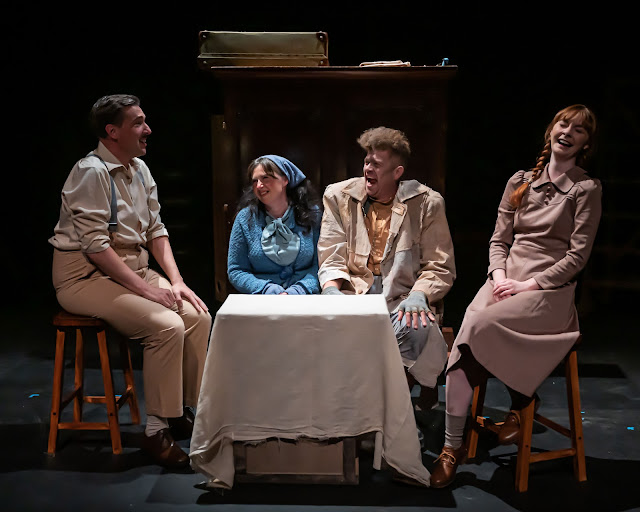 3/ FRANKENSTEIN’S MONSTER IS DRUNK… Performances at 59E59 Theatres from Jan 11 to 29
Portstewart’s Big Telly in Northern Ireland -- pioneers of immersive, site-specific theatre production -- brings us the New York premiere of their acclaimed, immersive take on the classic Frankenstein myth… “Frankenstein’s Monster is Drunk and the Sheep Have All Jumped the Fences.” The pitch-black dark comedy, which The Guardian calls “magical” is devised by Zoe Seaton and based on the short story of the same name by Owen Booth.  Dates and times (please do not choose Jan 11)
In 1946 Frankenstein’s monster is dug out of a glacier, where he’d crawled after his Hollywood career had tanked. Fully defrosted, he meets his match, a spark that ignites a love story of monstrous proportions. Featuring Chris Robinson (as the narrator), Nicky Harley (as the monster’s wife), Rhodri Lewis (as the monster), and Vicki Allen (multiple roles), “Frankenstein’s Monster” is seen by its creators as a boldly irreverent allegory of post-conflict Northern Ireland.
4/ Poor Mouth Theatre Co’s Holiday Pantomine BEAUTY AND THE BEAST at An Beal Bocht Café Sat Jan 14 at 8pm, and Sun Jan 15 at 2pm
Poor Mouth Theatre Company in The Bronx lets the Christmas holidays linger on with special encores of their immensely popular holiday pantomine, “Beauty and the Beast.” Staged in the charming and bustling An Beal Bocht Café, the company’s permanent home, which is tucked snugly in a traditionally Irish enclave in The Bronx.  Yes, Virginia, it’s always Christmas in the Bronx!  Written and directed by Scott Kennedy.
5/ ENDGAME – Performances at the Irish Rep Jan 25 to Mar 12
Irish Repertory Theatre presents a star-studded production of Samuel Beckett’s “Endgame,” directed by Ciarán O’Reilly, and featuring Bill Irwin, John Douglas Thompson, Joe Grifasi, and Patrice Johnson.
A tragicomedy of epic proportions about the end of everything, “Endgame” tells the story of Hamm (John Douglas Thompson), who is reduced to living in one room, in which he sits blind and chair-bound. His only escape is the company of his aging, legless parents (Joe Grifasi and Patrice Johnson), who live in garbage bins, and his shuffling servant, Clov (Bill Irwin), who is at his beck and call, and who, like a dog, comes when whistled for. The only thing left for Hamm is to wait for the inevitable end.  A pinnacle of Beckett’s characteristic raw minimalism, Endgame was notably the Nobel Prize-winning Irish-born playwright’s favorite play. Dates and times (please do not choose Jan 25)
6/ THE SMUGGLER – Performances at The Irish Rep Jan 18 to Feb 26
The Irish Repertory Theatre brings us the Off-Broadway premiere of Ronan Noone’s scorching character study, “The Smuggler.” In this Mamet-like story in rhymed verse of an Irish immigrant pursuing the American dream, Mick Mellamphy reprises his role from the Origin 1st Irish 2019 production which earned him a nomination for best actor, and a Best Playwright Award for Noone’s original work.
An Irish immigrant trying to make it as a writer on Amity, an affluent summer colony in Massachusetts, loses his job as a bartender, and gets drawn into the dark underbelly of the island. Dates and times (please do not choose Jan 18)
7/ HERSELF – at the NY Irish Center Wed Jan 11 @ 7pm
“Herself,” by Irish-American playwright, poet and performer Tim McGillicuddy, takes us to a haunted pub, where a young woman, returning to her hometown following the death of her brother, confronts -- and attempts to transform -- the rumors of the past.  A dark and sometimes comic look into the destructive power of gossip.
FEMME FIRST  2 Plays in Rep at the Cell
A women-focused festival-within-the-festival at the cell, “Femme First” features workshop productions of two new plays by distinguished women playwrights. 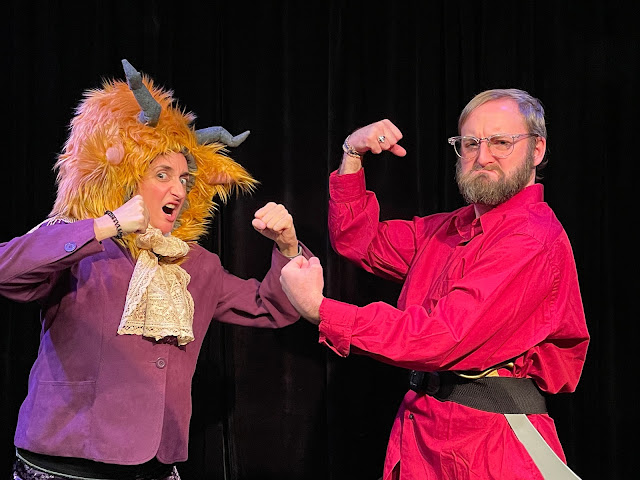