Feel-Good Interview Series: Get to Know Actor Brandon Barash of Days of Our Lives, Read about His Favorite Shows, Movies and His Band 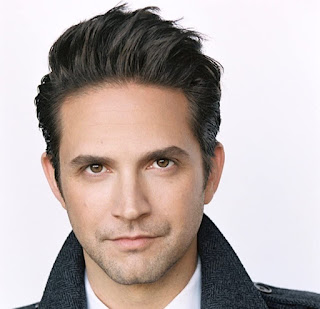 By Markos Papadatos
Actor Brandon Barash has been a resident of Salem for quite some time. He originated Stefan DiMera - who died -  played the role of cousin Jake DiMera, and now he's back again as the powerful Stefan DiMera on Days of Our Lives, streaming on Peacock. Brandon has also been on General Hospital, many TV shows and several short films.
What Brandon Watches
He listed Succession and Only Murders in the Building as one of his favorite series to binge-watch. "I haven't really been binging much TV lately," he said. "I love Succession, it's a hell of a show. Each episode each week is a movie. Also, Steve Martin is one of my favorites ever, that's why I love Only Murders in the Building. I also like Steve Martin as a musician."
Barash shared that he enjoyed the new movies Top Gun and Elvis. "I just saw Top Gun and it was fantastic, and Elvis just blew me away," he admitted. "I also took my daughter to see the new Minions movie, and that was a lot of fun."
How He Relaxes
In an effort to unwind and relax, Barash enjoys listening to music, playing music, playing board games, sitting outside, meditating, and taking photography.
On his favorite mottos to live by, he said, "Take each moment as it is and stay as present as possible."
A Superpower?
If he were to have any superpower, it would be "shape-shifting" since that would allow him to have any ability possible. "You can shape-shift into anything," he said.
Talking Days Of Our Lives
He listed Paul Telfer and Arianne Zucker as the actors that he would like to do more scenes with on Days of Our Lives. "I've always loved working with Paul Telfer, he and I haven't had a chance to work a lot on the show, but he is a great actor," he said. "Ari Zucker is a pleasure to work with, I would love to get more screen time with her."
Brandon is in a Band!
Most recently, Barash toured the East Coast with the Day Players Band, which also consists of Eric Martsolf, Carson Boatman, and Wally Kurth. For info on the band visit: https://www.thedayplayersband.com/
Photo Credit: Dana Patrick
Email ThisBlogThis!Share to TwitterShare to FacebookShare to Pinterest
Newer Post Older Post Home