Feel Good Interview Series: Get to Know Trevor Donovan - His Deal with GAC, What He Watches and More 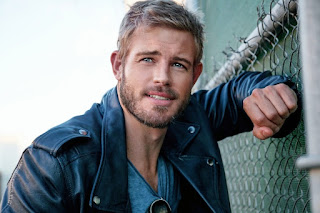 By Markos Papadatos
Senior Writer and "Powerjournalist"
Actor Trevor Donovan had inked a multi-movie deal with Great American Family, thus becoming the first actor to do so. "To be the first guy on board is an honor," Donovan admitted.
Donovan is best known for his portrayal of Teddy Montgomery in the hit teen drama television series 90210.. He has numerous series to his credit including and Melissa and Joey. Fans may also remember him as Jeremy Horton on Days of Our Lives. He is also affectionately known as the "Prince Charming of Romantic Comedies."
We talked to him about some of his favorite things and what's going on his life now.
What He Watches
His favorite movies include the animated films The Sea Beast and Bad Guys.  "I haven't been watching too many movies lately, to be honest," he said.

His favorite series to binge-watch is "The Boys."

Some of His Faves

His favorite cheat meal is "pizza."

His favorite sports are snowboarding, skiing and surfing.

On his favorite mottos to live by, Donovan responded, "It's an old Cherokee story titled 'The Tale of Two Wolves.' I encourage people to look that up if they are not familiar with it."

Regarding the title of the current chapter of his life, Donovan stated, "Facing My Biggest Fears."

He resides in both Mammoth and Los Angeles and, when he is not working, he enjoys spending quality time with his family. Trevor has a younger brother, Jake, who is a fireman in Sacramento as well as an animal lover and advocate.

A true Renaissance man, he enjoys playing guitar, singing, playing sports, and he has a Bachelor's degree in graphic design.

Regarding the title of the current chapter of his life, Donovan stated, "Facing My Biggest Fears.

He Loves His Fans

Donovan expressed his appreciation for his fans, which are nicknamed the "Donofans." "Without my fans, I wouldn't have a career and I wouldn't be able to do what I love to do. I am thankful for every single one of them," he said, effusively.