Interview with Founder and Filmmaker Patrice Francios: Why She and her Mom Susie Started the Brooklyn-Based Imagine This International Women's Film Festival, What's on Tap for This Year and Why We Still Need A Festival Like This 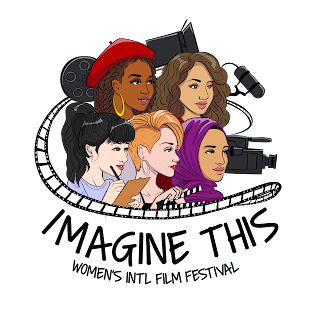 By Suzanne Ordas Curry
This year's Imagine This International Women's Film Festival kicks off on September 24  and runs until October 4. 2020. Their mission - to  to amplify and empower women in filmmaking. Due to the pandemic, it's a virtual festival. But as film festival fans have found out, these virtual festivals offer a  convenient way to view films and even to network - the two things we love best about film festivals.  And you can watch the films at your leisure. We chat with Patrice Francois, who along with co-founder Susie Francios started up this meaningful  festival five years ago. Read on to fine out who the special guests are, about their 300 + film lineup and about everything else the festival will be having - including some free special events.
We also find out about what Patrice thinks about the progress being made for females in the industry - or rather how they still have a long way to go.

Tell me why you started this. Are you accomplishing what you set out to do?

Patrice Francois: As an aspiring filmmaker myself, I understand the obstacles that exist for new and up-and-coming filmmakers. We decided it was important to help cultivate an appreciation for a wide range of unique and compelling stories, especially for womxn filmmakers who have been traditionally underrepresented in the film industry and film-festival world. I believe that we are accomplishing what we set out to do; over the years, we have screened over 300 films and held over 50 talkbacks and panels featuring womxn filmmakers and storytellers.

Do you think that there has been progress in the world of filmmaking for women?  Do you think it's occurred more recently or have you seen a gradual shift?

What do you think are some of the greatest obstacles unique to women in filmmaking face right now?

Patrice Francois: I think that Hollywood is stuck on the idea that there no womxn or BIPOC writers or directors. The decision-makers in the industry appear to have this false perception that there is a small selection to choose from, and their default excuse is, “I couldn’t find any black writers or women writers.”

Tell me about what will be happening with this year's festival. Just how much of a challenge was it to make this into a virtual festival and was that a hard decision for you?

Patrice Francois: We were in the middle of planning for our summit in March when we made the difficult decision to cancel due to the growing concerns about the coronavirus pandemic. We were glad that we did because during the week that had been scheduled for our summit, COVID-19 struck New York City especially hard. Naturally, we were hoping that by September the situation would have improved and hosting a live event would be safer. Yet there was this underlying sense that the festival would have to shift to an online format.

It was difficult knowing that we wouldn’t be able to offer the outstanding networking opportunities and connections that people would normally benefit from during our live events, so the greatest challenge was trying to figure out the best platform for hosting the films and how to connect virtually. But I think we are figuring it out; #ITWIFF20 will be presenting more than 70 films and will provide free specials with talkbacks, live panels, fireside chats, and screenplay competition table reads. Headlining ITWIFF20 special events will be Sarah Bennett, the second woman ever to win an Oscar for VFX, which she did in 2016 for Alex Garland’s feature film Ex-Machina. She also received a 2016 BAFTA Film Award nomination for the same film. Also headlining these events will be Amy Aniobi, writer and executive producer on HBO’s groundbreaking, Emmy-nominated comedy Insecure,starring Issa Rae. 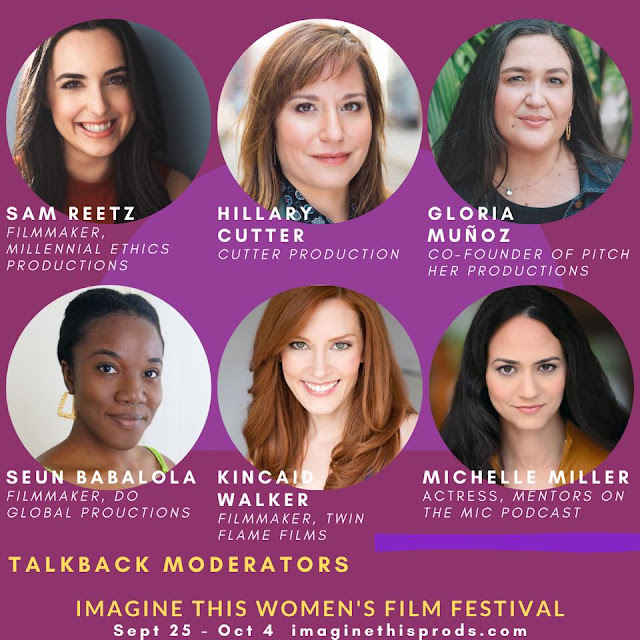 Tell me about your Girl Power Film + Media Summit.

Patrice Francois: Girl Power Film + Media Summit was launched in 2018 because we wanted to continue to support our community. We gather some of the most creative womxn in entertainment and media for an informative and inspirational day filled with thought-provoking panel discussions, motivational fireside chats, and curated film screenings featuring womxn storytellers.The summit allows us to create an environment where creators can learn from each other, find potential mentorship, and connect with our local film community. The summit leaves audiences empowered and inspired.

Lastly, any words of wisdom for upcoming filmmakers?

Patrice Francois: Find your passion.Don’t wait, and don’t give up! It’s okay to make mistakes. I know that it’s easier said than done, and at first, you may not know what you are getting yourself into or know how hard the work will be. But in the end, it will be worth it.

What gets you up in the morning, especially during these trying times?

Patrice Francois: My passion is film. I transitioned into screenwriting and filmmaking after I graduated from the University at Buffalo with an undergraduate degree in theatre. The festival planning takes up most of my time, and I want to start working on some of the projects that have been kind of pushed to the side.

Patrice Francois: Honestly, anything directed by Christopher Nolen. I’m a sucker for science fiction and I love how all his films take place in unique settings with complex characters while exploring the realm of science fiction.

Best place to "be", eat or write in NYC:

Patrice Francois: There are so many great places to visit in New York City. The city has incredible offerings, but I especially love going to Battery Park near the water for walks and free concerts, plus there’s a wonderful food hall there called Le District. It's a great place to be in the summertime. There’s also Llama Inn in Brooklyn, which has amazing Peruvian food.

TO BUY TICKETS AND FOR MORE INFO: