Recent college grads and those whose university days are winding down find themselves in a unique generational middle-ground. Not exactly old enough to identify with the MTV generation of the millennials, but too old to associate with Tik-Tok consumed Gen Xers. We’re a bit too hopeful to want desk jobs, and a bit too practical to pack up our cars and drive to Hollywood. This middle-of-the-road existential dread is what indie film Killian and the Comeback Kids (#KillianRoxMovie) tackles with more accuracy than I’ve seen out of many recent films.

The story follows recent college graduate and folk-rock musician Killian (played by Taylor A. Purdee, who also wrote and directed the film) as he and his former classmates form a band and attempt to perform at a local music festival. The unique perspective of those struggling in the digital generation adds an engaging flair to this tried-and-true plot. The backdrop of a middle class rural state only further adds to the theme of dreams and missed opportunities, as each character struggles with their own economic concerns in the former steel town. In the midst of a global recession, this film will hit home with those struggling with identity in a world where your spot in the workforce isn’t guaranteed. 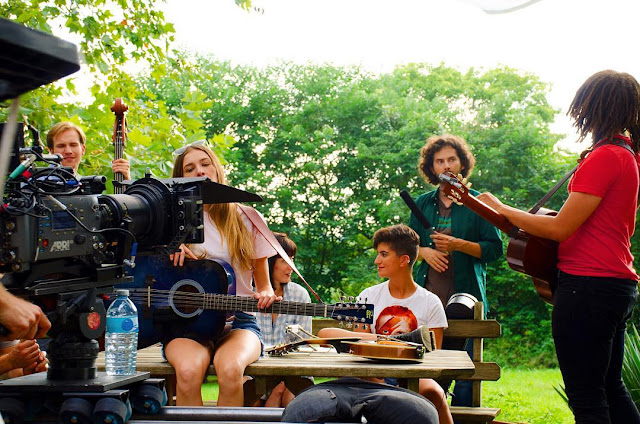 On the set of Killian & the Comeback Kids

Killian & the Comeback Kids is aptly named not only after the name of the main character’s eventual band, but after the essence of how it feels to return home after a lackluster college experience. Each character (but especially Killian) struggles with defining their worth in reference to their degree, and ask themselves what they really were supposed to learn at school. The film explores these complex themes without feeling preachy, instead opting to explore the despair that follows graduation for those asking: what next? 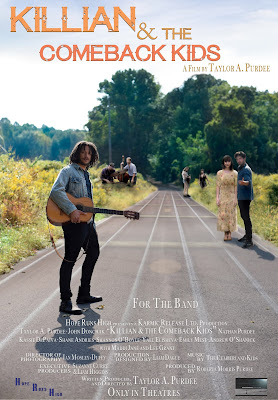 What really shines about this film are the realistic character relationships. It’s a story that doesn’t provide easy solutions and convenient friendships— when Killian is approached by former classmate “Clammy” Sammy, (played by John Donchak) neither is completely gung-ho about their connection. It’s only through working together and learning more about each other that their bond begins to form and eventually become the heart of the movie. Further, Killian’s relationship with his father (played by his real life dad, Nathan Purdee) accurately depicts the blend of support and concern that many parents must balance with kids who try to follow their dreams. Kassie DePaiva, well-known in the soap genre, plays his mom. The film shies away from the tired genre tropes of strained band dynamics and money-grubbing managers to instead explore themes of insecurity, identity, and hope. 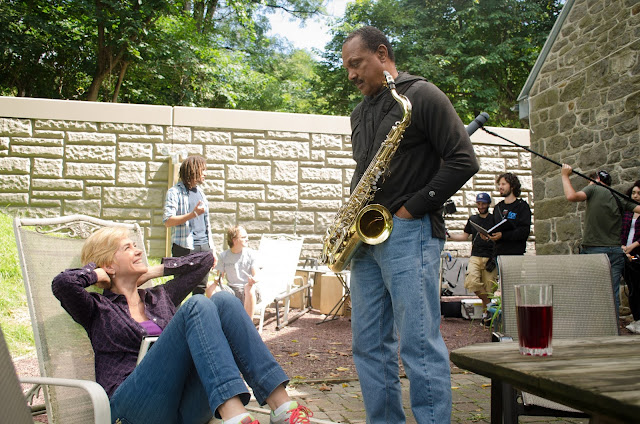 The film feels like a cross between the musical madness of Almost Famous, the student frustration of Whiplash, and the charm of a small-town film like Hollidaysburg. It makes use of it’s relatively small budget to create truly impressive shots and montages— the particularly funny “band tryouts” sequence comes to mind. It also succeeds in places where even big-budget Hollywood films struggle by showcasing accurate use of iPhones and laptops. I never understood why blockbusters could never get it right, often showing characters using technology in contrived and cringey ways. Killian and the Comeback Kids uses its intimate production team to add a personal touch to every shot in this movie and provide a distinctive viewing experience. 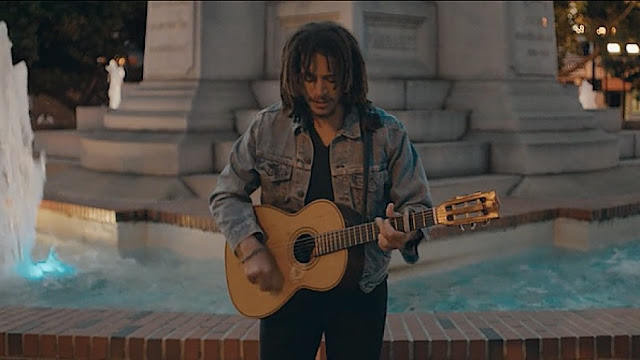 The last act of the movie is where it really came together for me. After a (spoiler free) disaster strikes our protagonists, Killian and the band struggle to reevaluate their options. This is what cemented the film to me as an intelligent take on the plight of early twenty somethings. In the wake of their derailment, the characters must ask themselves tough questions: What am I really in this for? What do I really want? What is my passion worth? The ultimate conclusion of the film makes a powerful statement about not only seeking validation from those who matter, but gaining validation from within.
YOU MAY LIKE: AN INTERVIEW WITH JOHN DONCHAK AKA "CLAMMY SAMMY".
https://www.suzeebehindthescenes.com/2019/06/interview-actor-john-donchak-on-playing.html

There are some newcomers in the cast as well as actors from theater. In the band are Broadway actress Shannon O'Boyle (Once, Kinky Boots), Emily Mest (Ratched, Spring Awakening National Tour, American Horror Story), Shane Andries (Tomorrow Ever After,  Blue Man Group), Yael Elisheva and Andrew O'Shanick.You might also recognize Youtuber Maddi Jane in a musical scene as well as Oscar-winner Lee Grant in a cameo role.

I’d obviously recommend Killian and the Comeback Kids to those in their early twenties, but who I believe this movie will most closely resonate with are those who can relate to feelings of insecurity, inadequacy, or confusion in relation to following their dreams. The film will also hit especially close to home with creatives who struggle to find the proper balance between practicality and optimism. It will additionally satisfy any indie-music fan as the film is full of original songs and a talented musical cast to perform them.

If the film can be boiled down into one quote, “It’s not gonna be summer forever,” certainly comes to mind. Killian and the Comeback Kids refuses to conform to cliches of the happy-go-lucky narrative of small town kids that make it big to instead tell a story based in the real world where success is not guaranteed. However, it ultimately tells a hopefully narrative that shows how flexibility, creativity, and friendship may get you much further than you anticipate.

Killian and the Comeback Kids is ultimately a fresh and unique look at the contemporary identity crisis among young adults. It’s worth a watch if you’re a struggling creative, a disoriented college student, or a human with the capacity to feel.

NOW Available on Most Digital Platforms: