Film Review of Sarah Megan Thomas' A Call to Spy Coming to Theaters and Streaming: This Story Inspired by Female Spies Virginia Hall, Vera Atkins and Noor Khan is Engaging, Historical and Above All Inspiring 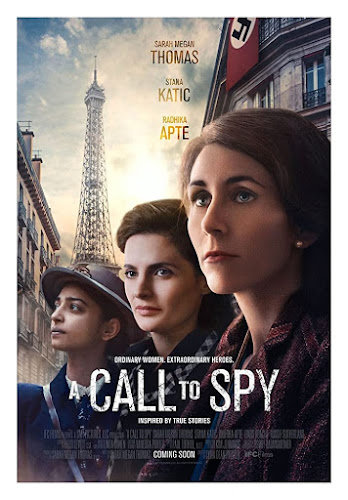 Looking at the cinematic chronicle of historical drama, there’s many things to love about the genre. It’s a form of cinema that isn’t just about entertainment, it’s also about enlightenment. Historical dramas highlight important individuals from the past that most of the general public doesn’t know about, but deserve to. They teach lessons from our history in the hopes that we won’t make the same ones today. They shed new light on new puzzle pieces of history that can recontextualize how we think about the world. Above all, I think we love historical dramas because, more often than not, they tell a tried-and-true underdog story that we all know and love. Better yet, they’re true.

Sarah Megan Thomas' A Call to Spy could not have come at a better time. It tells the tale of three women employed by Allied intelligence to try and take down the Nazi regime from the inside. It’s a mesh of genres— WWII, spy, drama, thriller— that within the overall narrative hides a heartwarming (and equally heart-wrenching) story about disability, discrimination, and overcoming impossible odds. In the broader context of the horrors of WWII, A Call to Spy highlights the individual struggles of those brave enough to stand and fight. Such a story is beyond topical in a time like this, as the world battles an unprecedented pandemic but most individuals feel its effects on a personal and individual level.

Directed by Lydia Dean Pilcher, A Call to Spy engages the audience on this kind of personal level from the very first scene. We’re not treated to the massacre of nameless soldiers on foreign battlegrounds, or the bombing of a vast European city, or the rounding up of hundreds of Jews by the Nazi regime, but instead the individual torture endured by our lead, American spy Virginia Hall, as she is interrogated by Nazi tormentors to give them the information they need to undermine the Allied intelligence operation. 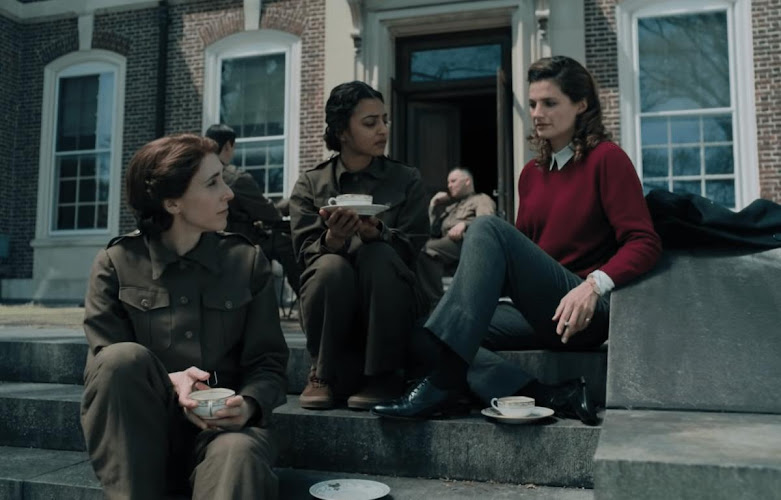 Out of the gate the audience learns that this is, above all, a story about unique individuals and their struggles. Hall, played by Sarah Megan Thomas (Equity, Backwards) who produced and wrote the movie, not only struggles with the external threats of the Nazis, but also with her own disabilities and demons. She struggles with a wooden leg sustained from a childhood accident, and her abilities are constantly questioned due to her gender.

The other two leads are equally afflicted with their own drama and struggles. Vera Atkins, played by Stana Katic (Castle), is the operation’s spymaster and is tasked with recruiting female spies to be sent in to Nazi controlled France. Given nearly just as much screen time as Hall and just as many (if not more) important character moments, Atkins struggles with not only gaining her British citizenship, but the respect of her colleagues as a Romanian Jew. She also deals with the consequences of being the one to make the calls that can either save or end her asset’s lives.

Among Atkins’ assets is Hall and our third lead, Noor Khan, played by Radhika Apte (Ghoul, Sacred Games). Khan is as much of an unlikely hero as any in this WWII story, as an Indian Muslim pacifist thrown into the deadliest conflict in European history. Without providing major spoilers, her story is the most heartbreaking, and for this reason, perhaps the most inspiring. Though with slightly less attention as the other two leads, Khan's story may is ultimately the heart of this movie, at least she was for me. 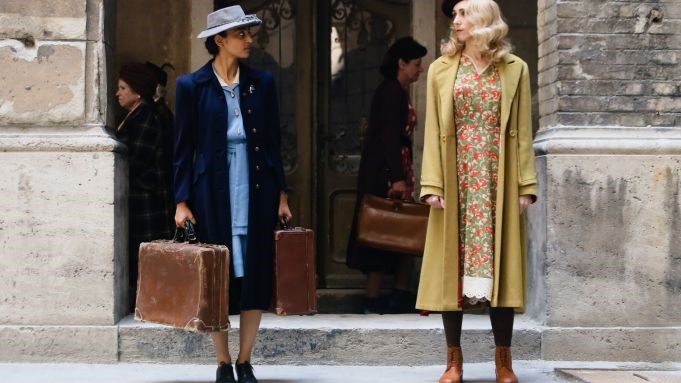 Perhaps the largest emotional catharsis in this film (there are more than one) is when we visit her mother near the end of the movie. Each of these leads provide their own unique perspective to the story and ultimately recontextualize the role of women during WWII.

To touch on plot without giving too much away, there’s a bit of something for everyone in this film. As expected in any WWII film or spy thriller film, there’s action and suspense galore, particularly action from Hall as she evades Nazi forces by any means necessary, and suspense as Khan desperately tries to do her job while be scrutinized by everyone she meets. That being said, it’s where the film breaks genre conventions that it really shines. Not only do the leads face adversity in the field, but they also do so from within the system, particularly Atkins, adding an engaging and thought-provoking element of political drama that’s not often seen in these types of movies.

The movie hits a nice balance between education and engagement. Sarah Megan Thomas's choice of Oscar-nominated Lydia Dean Pilcher as the director brings experience and unique perspectives in the totality of the viewing experience.

The film is based on the historical accounts of these women and their stories, and is an exciting accomplishment for filmmaking women and a breath of fresh air for a genre heavily dominated by male-focused storylines (and creators). It’s not often that a spy thriller is written with one engaging female character with a full and captivating arc, but we’re spoiled here with three, each giving their all with impressive acting performances in their own rite. It truly feels like the WWII spy version of Hidden Figures, another fantastic historical drama.

In fact, we get a ton of great acting performances here— not only from the three leads, but particularly from Golden Globe winner Linus Roache, portraying Colonel Maurice Buckmaster as nuanced and complicated as military personnel can come. It would also be a disservice not to mention the way the movie looks. Indie movies are often put down for being not on par with Hollywood’s cinematography, set design, and costume design, but A Call to Spy stands tall in all of these regards. All of these are important in a historical drama, typically scaring indie producers away, but the film works their small budget to it’s advantage and tells an intimate and compelling story from the eyes of our three protagonists.

A Call to Spy isn’t just a spy thriller, a WWII biopic, or a character drama— at the center of it all is an underdog story, and it’s a worthwhile watch through and through. If you have any interest in history, film, or humanity, you’ll find something to enjoy in this movie.