Interview: Actor Ken Baltin Talks About Acting for Life - See Him in Vault The Movie and the Upcoming Film A Case of Blue 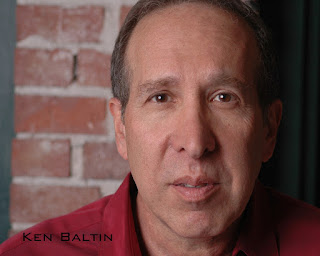 Ken Baltin has been a professional actor for pretty much all of his adult life. After graduating with a degree in journalism from Rutgers he moved to where else but to pursue his dream - New York City. It was a play he did at Rutgers his junior year which prompted the career switch. And he has been successful at it since then, appearing in plays and movies consistently. He also teaches and directs. As of late, you can see him in the new film VAULT starring Don Johnson and the upcoming film A Case of Blue. Read on to find out how he's managed to pay the bills and keep on going nearing 50 years in showbiz.

On Getting the Role in Vault

How did you land your part in this newest film, Vault? You are in the trailer.. pretty cool! Tell me about the part.


Ken Baltin: I was cast in Vault by Boston Casting in the Boston area. I’ve worked in film/video sporadically for most of my career choosing to focus on stage work. But early in my career I did numerous industrials, commercials, voice overs, and trade shows to augment my income. As I’ve become more “mature” I’ve had a little more success cracking into feature films, having done three over the past two years: Equalizer 2, Vault, and Dana’s film (A Case of Blue).

Who did you get to act with in some of your scenes?

Ken Baltin: The role of Abraham Levine in Vault came very naturally for me. I seemed well typed for the role and it easily flowed for me—much like the role of Kenny in A Case of Blue. It was exciting to do Vault. The director Tom DeNucci was very supportive,the story is very off-beat, kind of scary/funny, my character has some nice dimensions, and I played in scenes with the leads Theo Rossi and Clive Standen. Special for me was that I was also in scenes with a lot of familiar faces. Being a movie about the Rhode Island mafia, many of actors who populated the movie were the same who have appeared in many gangster movies we’ve all seen over the past 30 years. So that was a kick.


See Ken in the Trailer for #Vault:


On Broadway and Brandeis

Tell me something about your journey in the crazy world of show biz.

Ken Baltin:  I spent 7 years in NYC (studying with Herbert Berghof and Uta Hagen among others, and doing a lot of off-off Broadway and showcases) before getting a masters degree in directing at Brandeis—I had a bug to teach acting as well as perform—and taught in various college theatre programs for a total of twenty-five years while continuing to perform and direct theatrical productions. I’ve also transferred acting skills to teach presentation/public speaking skills to business and professional people during my career. So it’s been a very full and purposeful life.

I have performed in over a hundred plays over the years, mostly on Boston area stages, and recently receive an Elliot Norton Award (Boston Theatre Critics Associatio) for Outstanding Performance in a play entitled My Station in Life, that performed at the Gloucester Stage Company last fall.

Acting as a Path to Greater Meaning

What is the best piece of acting advice you can give to a young actor?

Ken Baltin: For me acting is a path. Obviously it’s been my profession, but more it’s a way to self-discovery and personal revelation. I can probably speak for a lot of actors when I say this. There’s a common saying that one shouldn’t pursue a career as an actor unless you cannot imagine yourself doing anything else. I’d agree with that and amplify by saying it has to be a calling: i.e., something that you can’t avoid and feel deeply that it is your way to respond to the world, to find healing and offer healing to others.

The wearing of the character’s mask is a release for me, a way of removing the persona that somehow I’ve taken on through genetics and conditioning which is kind of a trap, and to discover and express so much more that lives inside. Acting a character feels a lot like confessing to me: to let go of defenses, become compassionate, and stand up for something that’s real and to which attention must be paid. So acting has been a calling for me throughout my life and I’ve rarely ventured beyond the field in my professional life.

About  The New Film A Case of Blue

Tell me what A Case of Blue is about. I understand it is your nephew, Dana Glazer that wrote it.

Ken Baltin: A Case of Blue is a sweet romantic fantasy that I think many will find appealing for its unique style and charm. It is full of love and yearning. It has a dreamy feel but the characters are identifiable and the journey taken explores an interesting/compelling “what if” scenario. Dana’s story is both simple and multi-dimensional. I hope it finds its audience. Of course an older audience will be especially moved by it, and I think film makers will be fascinated by its purity and artfulness. I would hope a middle age audience would also warm to it.

I married in my mid thirties (to Marjorie Glazer, Dana’s aunt) and have remained so ever since. We have one daughter, Dara, who is an administrator in social services. 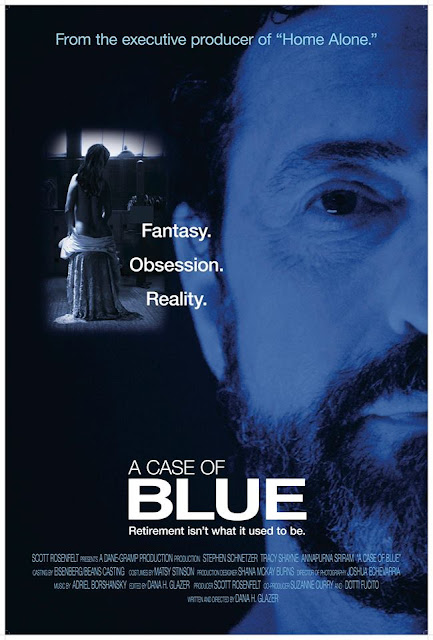 Tell me about your character, Kenny in A Case of Blue.

Ken Baltin: I related well to Kenny. I know Dana had me in mind for it so I felt that gave me permission to follow my instincts. Kenny is not a happy man, rather lost, lonely and very needy. Somewhat coming apart at the seams, his inappropriateness gave me some freedom to let go, to find the sad clown. So he was fun to play.

Since you are a NYC guy, favorite memory or restaurant in NYC you can share with us? AnyTell me a memory of

Ken Baltin: My favorite restaurant in NYC, which closed many years ago (I haven’t lived there since the early 80’s) was Ratner’s down on lower Second Avenue. I spent may evenings being berated by the old Jewish waiters and waiting for my big break.

Info on A Case of Blue:
https://www.facebook.com/ACOBfeaturefilm/
Email ThisBlogThis!Share to TwitterShare to FacebookShare to Pinterest