#ABeautifulDayMovie Trailer is Out: Watch Tom Hanks Recreate the Lovable Fred Rogers for A Beautiful Day in the Neighborhood Film 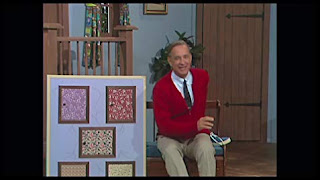 The trailer for #ABeautifulDayMovie out. This new film, A Beautiful Day in the Neighborhood (which was the theme song for his kids' show) chronicles the behind-the-scenes operation and motivation for Fred Rogers. Mister Roger's Neighborhood was a staple in many a child's home. Not just because there were so few shows for children to watch - and for that matter- so few channels- but because the show was entertaining as well as teaching. It spoke to children. If you watched the show, just hearing the song will spark memories. Judging from the trailer, they could not have picked a better actor than Tom Hanks to play him. The film is distributed by Sony Pictures Classics. View trailer here: