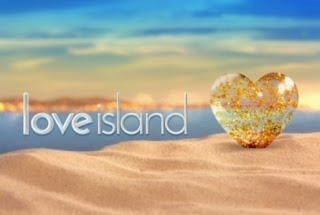 My Thoughts….exactly!
be Beth Abramson Brier

Note: This is a repost of an article written by Beth when she watched #LoveIsland2019 overseas.

Bummer this Summer 2018: Fires. Floods. Looming midterm elections (don’t get me started). Then suddenly this: Variety just reported that CBS has acquired the U.S. rights to the U.K. reality show Love Island. Yes, you heard it right! Imported from across the pond-from the country that gave us Brexit and digestive biscuits-comes your newest guilty pleasure.

If you haven’t heard of it, Love Island is ITV2’s hottest program of all time, attracting 3.6 million viewers. It has all the ingredients to be this year’s “it” show if this year’s “it” show were jointly created by the producers of Jersey Shore and The Bachelor in the wee hours of the morning in Vegas. Not unlike Survivor, a group of strangers are thrown together in a remote location to forge alliances, overcome obstacles and endure public scrutiny in the hopes of not being voted off the island. And that’s where the similarities end.

Thirteen scantily contestants* are whisked away to a tropical paradise resort in Majorca where for the next four weeks they will couple up and cozy up to find true love (don’t be such a skeptic!) and win the grand cash prize. I happened to be in London for the season four finale and it is strangely mesmerizing- no doubt due to such riveting dialogue as “You can never trust a guy with abs like that”. How can I, an aspiring writer, hope to compete with this script?

Perfect for binge-watching, it airs every night of the week for one month. What’s more, it’s a great leveler in a nation lately divided. My friend Rachel, an Oxford graduate, told me (sotte voce) that more people applied to be on the show this last year than applied to Oxford and Cambridge combined! I spoke to barristers and bartenders alike who recapped for me the first few episodes. After just one hour I knew- I just knew!- that Jack and Danni belonged together. When she, a 22-year old waitress and he, a pen salesman, were tasked with grocery shopping and cooking dinner for the others, I teared up. (Spoiler alert- they won!)

Despite its broad appeal, Love Island is not without its critics. I agree. It is shallow. It is silly. And you certainly can’t watch it with your grandmother in the room**. Linguists will cringe over the cockney slang and haute designers recoil from the Ikea furnishings but somehow this is the show we need and we need now! Pure fun. Something we can (finally) agree on.

*all appear to be over 18 and with remarkably fabulous eyebrows, I couldn’t help but notice
**unless your grandmother is Kris Jenner
Email ThisBlogThis!Share to TwitterShare to FacebookShare to Pinterest