The Sandman Goes to the Beach and Makes Waves: Review of Adam Sandler at the Hard Rock in Atlantic City with Rob Schneider 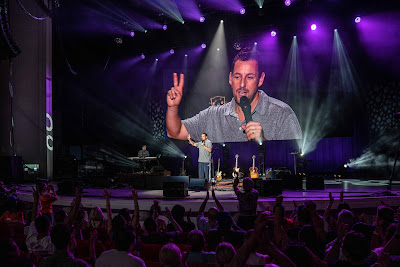 I will confesss, I can't get enough of #AdamSandler, so this review may be a bit boased. But, isn't that who goes to concerts but their diehard fans?

That being said I am not a fan of ALL Adam Sandler movies, I skew to the comedic and romantic comedy ones, not so much the ones made with lots of male humor.

I can't get enough of The Wedding Singer, 50 First Dates, or even Blended. those are the ones off the top of my head I can think of but every weekend I flip through the cable stations- especially trusty TBS to see what Adam Sandler flick they may be playing on a Saturday or Sunday afternoon.

So when tickets went on sale I got them the first day. Good thing, as this concert in Atlantic City at the Hard Rock Casino on the first night of summer was totally sold out. 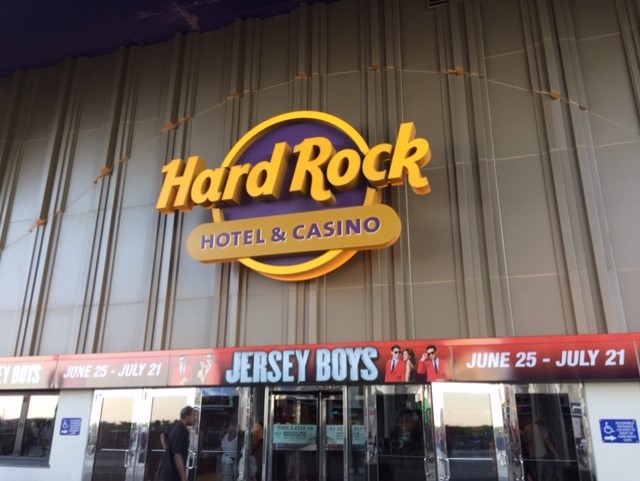 And he knew that.

He felt  the energy in the crowd. He saw the house full of people wanting to see him. He fed on it,you could tell. Sometime when you see a comedian perform, you sense know they are just going through their act. Sure, they'll add in something to connect the audience to the act, usually something along geographic lines, like saying they visited something nearby as or child or a shout out to the closest sport team. Any comic in Jersey is going to make a Jersey joke, they're so damn easy. (I live in Jersey, I could write a book about the lines I have heard from comedians about Jersey, and they're mostly true.)


The warm up guy came on first at this Hard Rock performance. And yes, he made a joke about Jersey people. Ba dum ba. .

Then, we got a special surprise. The announcer says, "Someone who's been in 19 Adam Sandler movies is our surprise guest for the night. I was quite intrigued, apparently I had not checked the web and did not know there was a special guest. I was thinking, could that be their way of introducing the Sandman? But I know there are way more than 19 movies. It wasn't.

On walks Rob Schneider. The crowd went wild. And he was funny. I had never had heard a full set of comedy from him, but it was good He does accents really, really well. He had a bit about Chinese restaurants being open on every holiday and about self-cook Korean barbecues. It was good. He started off by saying  he might offend some people.  Maybe he did. But it was funny. It was just such a nice treat to see him, Thanks Adam. 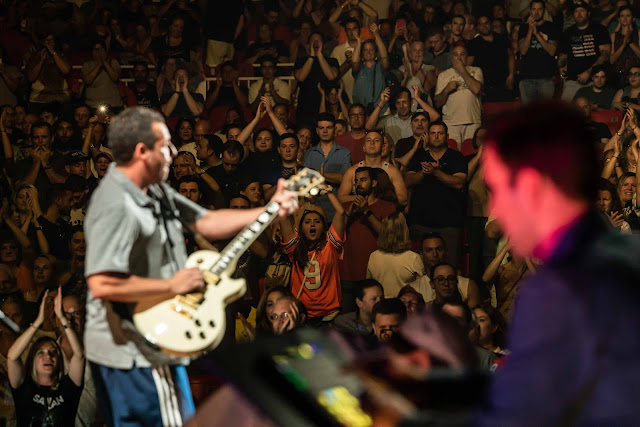 Then came on the Sandman. It seemed to me like he took a bit of a breath, or psyched himself before he started. (Later, I found out this he had played a game of hoops with some Atlantic City kids which is so cool - so LOL maybe he was just catching his breathe!)  But these people were all there to see him. There's gotta be pressure, especially near his home turf and with an audience from Jersey and Philly. If we don't like you, you'll know.


You May Like:
Video Interview with Sandler by Jack Curry:
https://www.suzeebehindthescenes.com/2013/07/adam-sandler-totally-lol.html

He performed for about an hour and a half. It was multi media extravaganza. It was never boring aesthetically which added to the cerebral aspects. He had videos, he sang, he talked. He is a super-talented musician. A far cry from the Hanukkah song, he not on only sings an plays the guitar, he plays a wicked harmonica and tickled the ivories as well.

He had a keypboard player on stage with him, nice touch.

Since I am sure every fan there had watched his Netflix special, he warned us that some stuff would be old, some new. So we saw "UFC Ears", the "Phone Wallet Keys" video but laughed along. (If he was a female, that video would be a LOT longer). Some of the bits I remembered, others were new. He talks a lot about his wife... I can't go detail in this article but not PG rated. He talked about being a father, and having to put gloves on his kids who are not used to wearing gloves over and over again because they didn't know to separate their fingers. The things a father must do. He talked about not getting sleep, finding solace in a good poop, locker room bravado and doctor's visits for men over 50.

My favorite bit that I did not see coming, was a song that started off really slowly. They the words came out, "Slo mo.. slo mo.. slo mo.. slo motion... slo motion wife." Yeah, I get it, it was a song about how long it takes women to get ready before going out. Yes, sometimes it does take hours and yes we do try on countless outfits and re-shower if our hair does not come out right. It was funny because it was true. I can't imagine what it is like being his wife.  He probably takes notes on everything she does. 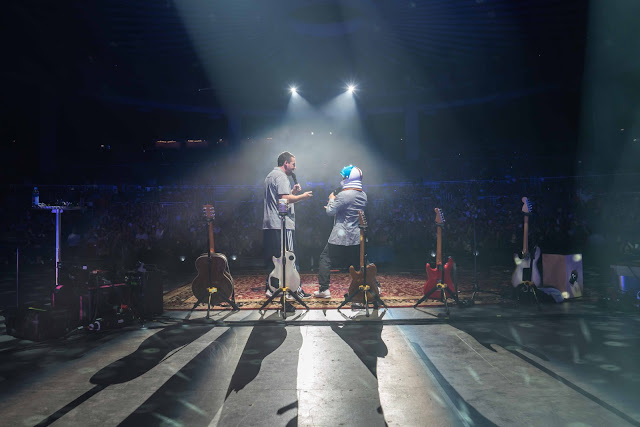 He did the Chris Farley tribute, that was on the Netflix Special. It was a trip down memory lane. You can see he really misses him.

He also did one of my favorite songs, the end song from The Wedding Singer. I sign just thinking of what a lovely song that is. It's called "I want to grow old with you" and he sang it to Drew Barrymore when he tracked her down on a plane on her way to Vegas to marry a loser. He sang in in the aisles of the plane with the help of the flight attendants and of course, Billy Idol. For this version, he sang it about his wife, his life.

He ended with a song about people he, or rather, "we all know.". For instance, "we all know a girl who cold in 95 degree weather... we all know a guy who holds his nose when he jumps in a pool". And the list went on.

His last thought for the night? "Thanks for coming and holding in your farts for two hours."

He is a consummate performer. If you are a fan of his,
you will not be disappointed seeing him in concert.
Visit: https://www.facebook.com/Sandler/