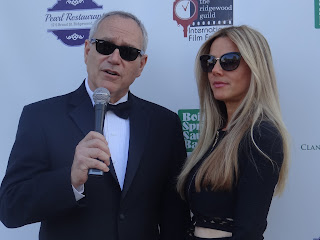 The Ridgewood Guild International Film Festival 2018 ran for 7 nights. This year's theme was "The Impact of Film". Headlining the festival was a Q & A with Hollywood Producer Scott Rosenfelt (Home Alone, Mystic Pizza, Teen Wolf), a Panel Discussion on Females in Film with Emmy Winner Actress/Director Cady McClain (All My Children) who screened her two latest films and the premiere of Breaking Points by NJ Writer/Director Brad Forenza which starred RHONJ Dolores Catania who brought her family to the premiere. View the reel to see the talented filmmakers who attended  this growing festival.