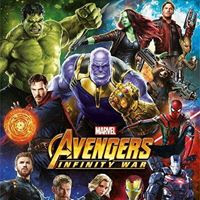 After shattering box office records in a matter of hours, Avengers: Infinity War has everyone talking. It was a colossal effort by Disney’s Marvel to bring together superheroes from across franchises and planets (Avengers and Guardians of the Galaxy alike) to tell a story that brought fans to speechlessness. Averaging roughly five plot lines at any given point without making it feel like drinking from a firehose is no small feat for writers Christopher Marcus and Stephen McFeely, and directors Anthony Russo and Joe Russo.

It is a menagerie of Marvel superheroes including but not limited to Iron Man, Captain America, Thor, Black Widow, Spiderman, Doctor Strange, Black Panther, the Hulk, and Star Lord who must band together to save the universe from Thanos, whose hunger for power and equilibrium by way of holocaust make him a terrifying villain. Thanos is after what are called the Infinity Stones: gems that were forged at the creation of the universe. Whomever possesses all six stones is omnipotent and omniscient; he or she control the Mind, the Soul, Space, Power, Time, and Reality…and Thanos wants to use them to wipe out half of the universe’s life to achieve what he thinks is a sustainable way of life. Whether they like it or not, these unlikely group of heroes and misfits, kings, and wizards are the universe’s only chance at stopping Thanos from reigning supreme.

Disney has spent the better half of a decade buying properties and characters, and whether a fan of the corporation or not, The Infinity War has not disappointed fans. Each strand of the plot is a device to move the story toward an ultimate showdown between good and evil in the Marvel Universe. Particular to this film is a sense of teamwork and unity among the characters who must work together after former disagreements, i.e. Captain America and Tony Stark. The heroes come together for a common good - a common goal - and put their own pasts behind them. Whether or not they get along on a personal level is entirely moot, and the storytellers at Marvel make sure to get that point across.

Sometimes there is evil that binds us together to fight. With themes like destruction of life to better the quality for those who are chosen to survive, it’s no secret that the film was meant to incite thought amongst viewers. Without giving too much away to those who have not yet seen it, there will absolutely be a sequel to this film. (It’s Disney after all). There is much to be determined by what will come to pass in the sequel, and shockingly, it seems set up to have a woman heroine as the lead. Since D.C. Comics’ Wonder Woman in the summer of 2017, female superheroes have proven themselves both in the box office, to producers, and to fans to be every bit as powerful as their male (or robot) counterparts. 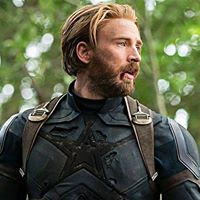 Spoiler alert: at the end of Infinity War Samuel L. Jackson’s character Fury is seen sending a message to who, we can only guess, is Captain Marvel based on the insignia on the pager. Marvel announced a Captain Marvel movie, starring Brie Larson as the title role, for Spring of 2019 release just a month or two before the sequel to this Avengers movie. You can bet there might be some crossover here and there. More than once in Infinity War women were saving the day alongside the men. Though fewer in numbers, the women in the Marvel franchise are bound to make waves in the upcoming films. It’s high time women were represented powerhouses like the men are. In the case of the Avengers, the future of the Universe may well depend on it.