“You Can’t Trust Nobody” croon the two-bit swindlers in the opening number of the new musical The Sting. But trust me!-this swanky stage adaptation of the award winning film stage production is not-to-be missed. Directed by John Rando, the Broadway-worthy production debuted last night at Paper Mill Playhouse in Millburn, New Jersey. The sold out performance was every bit worthy of its Academy Award winning roots.

J. Harrison Ghee reprises Robert Redford’s role as Johnny Hooker, a small time hustler who teams up with professional con artist Henry Gondorff, played by Harry Connick Jr. as Paul Newman’s film namesake. It’s “scammers scamming scammers” (sure, easy for me to say!) as the pair takes on big time gangster Doyle Lonnegan (Tom Hewitt). Forty-five years after the film premiered, the audience is still drawn in to the low down dirty schemes of these unsavory hoodlums in 1936 Illinois. 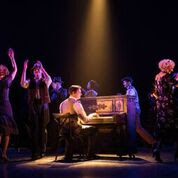 The plot is clever. The scheme - complicated. The dialog- smart, witty and sometimes cheeky*. The contrived horse race - possibly more thrilling than the real thing. Chase scenes? There are several. Want romance? It’s got that too. Hooker falls hard for Loretta, a sassy waitress working in a greasy spoon diner. Politics perhaps? Janet Dacal tells Loretta’s story as a struggling immigrant from The Dominican Republic with big dreams. (Don’t get me started!)

What else is great about this new show? The cast is having as much fun as the audience. Connick and Hewitt go at it in a double-fixed poker game that has them both grinning boyishly. Billie (Kate Shindle), Gondorff’s occasional lover, clearly has a blast staging a raid on a Western Union telegraph office. Luther (Kevyn Morow) even comes back to life so he doesn’t miss out. 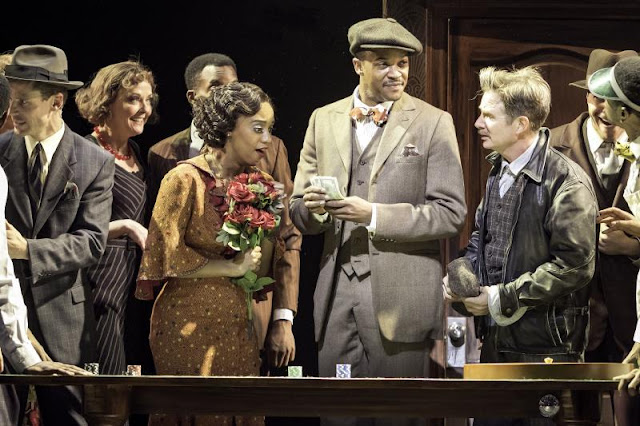 All this and it’s a musical. Mark Hollman and Greg Kotis together with Harry Connick Jr. retell this American classic in music and lyrics. From the opening bluesy solo trombone to the full out ensemble show stoppers, this musical adaption adds a new dimension to the jazzy original. Bonus: Reinvented as a piano player in a role made for him, Connick delivers a stunning performance within a performance in several pieces at the keyboard.

Layer on that dazzling choreography and scenery. Warren Carlyle’s stunning dance numbers run from toe-tapping to slow motion to syncopated suspense back to foot stomping high energy. The initially simple scenery employs a creative use of panels, moving stairways and doors. And then- a collective gasp as the dazzling off track betting parlor is seemingly assembled right on stage. 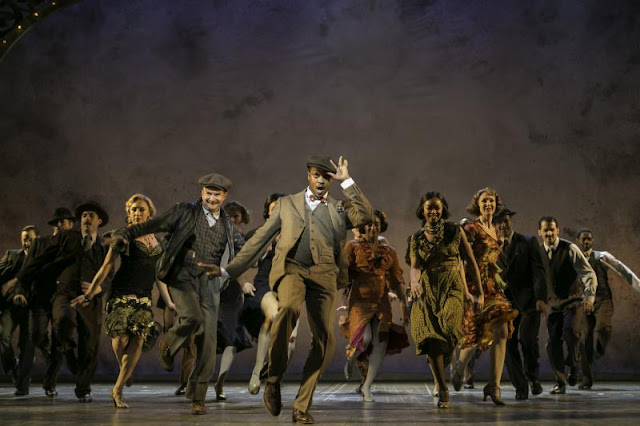 This limited engagement of The Sting at Paper Mill runs through Sunday, April 29 2018. So go for the suave and silky J. Harrison Ghee and his partner in crime, the “hubba hubba” Harry Conick, Jr. Stay for the rest of the deliciously scandalous performance.

*I, for one, did not know that early 20 century thugs used such New York mainstream Yiddish words such as schlub, mensch and putz. 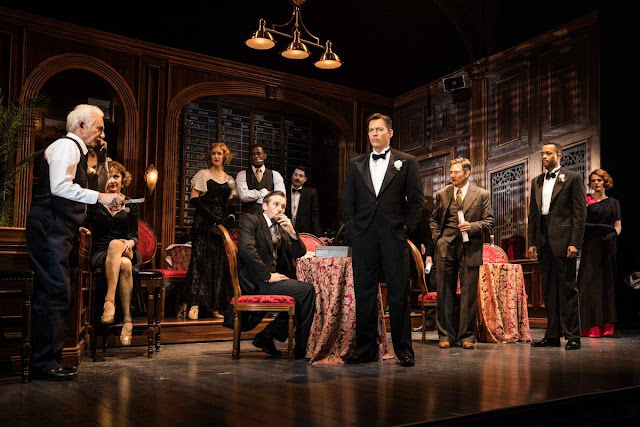 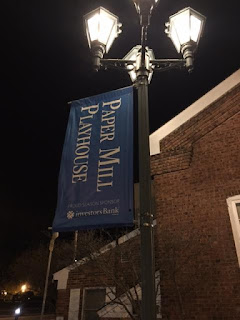 For Tickets and Information: https://papermill.org/