Review: The Re-Write Starring Hugh Grant- It's Right on for Hugh Grant Fans 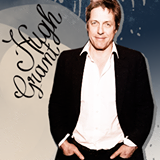 If you're a Hugh Grant fan, you'll like the Re-Write. You won't love, love it, the way you love Love Actually or Bridget Jones' Diary, but you'll actually like it.

Hugh Grant plays the same type of character we've often seen him as n the past, a womanizer, someone who doesn't play by the rules, and as in several of his past movies, like About a Boy and Music And Lyrics (same writer on this one), he plays a washed-up has been. One that we root for to accomplish something more.

This movie is on-demand, not in any theaters that I have seen in the NY metro area. I was happy to see that Hugh made the rounds on the top TV talk shows in this area, including the Today Show, to talk about the movie, even though it is not in theaters. That speaks volumes about the changing world of cinema and the profitability of independent movies.

Or, it just means that Hugh Grant is still a hunk and people want him on their shows.

The movie takes place on the cold and dreary campus of  SUNY Binghamton in upstate NY, an area known for it's snow. I was thinking how there were so many outdoor scenes that Hugh must have been quite cold, but really, he is probably used to that from the cold, dreary, English winters.

I must say, though, that the weather in the movie tied in well with what was going on in the script. Hugh plays a successful scriptwriter who was down on his luck and was offered a chance to teach scriptwriting because he couldn't find anything else in LA. So he leaves sunny LA for gloomy Binghamton, bringing his downtrodden mood with him, a personality we've seen him play many times before. At the end of the movie, but I won't give it away, he finds hope and they talk about the upcoming spring.

As I said if you are a Hugh Grant film you will find the movie enjoyable, I don' think you will watch it more than twice though. There are no scenes where he is dancing across the state house, tackling Colin Firth in a fountain or impersonating an 80's rocker (to a T I may add). But it is Hugh, in all his boyish glory, his wonderful, mumbling English accent and his full head of hair, still.

I watched it with my husband. It can be considered a chick flick yet there were aspects of it enjoyable to men so they may only get up once or twice during it. The Stars Wars references were well-played. The students all had distinct personalities, though one of  the story lines involving the students did not seem quite wrapped up. There were a few unexpected plot twists.

Marisa Tomei does a fine job of being his Bridgette or his Drew Barrymore. Hugh's leading ladies are always at least  a decade younger than him, even more in this film. I appreciated the fact that Marissa is a New Yorker and played a New Yorker.

This is the fourth film written by writer-director Marc Lawrence with Hugh Grant.
Keep em' coming.