View: Everything's Not Coming Up Roses at The View: NJ's Rosie O'Donnell Leaving

I've watched  #THE VIEW for a very long time. The premise was groundbreaking when Barbara Walters started it. What? More than one host? What? All women hosts? What? Talking about something other than house, home and fashion? What? Controversy? What?

Well now I have to say "What?" again! What is going on? To Rosie, for whatever reason it that you are leaving is not our business. Reports say family, contract, the usual, anything could be behind the PR.  But I have to thank you for your contributions to this show. You brought me back every day since you started again. Your openness about your weight loss was genuine. On another topic, yesterday, for example you defended the rights of all kinds of people to be able adopt the thousands of kids out there without homes. Whether one agrees with you or not, you stand by your VIEWS. I even broke out my old craft box. 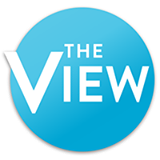 WHAT The View needs is women that have an educated opinion, are willing to voice it, are willing to defend it, and are willing to back it up with facts. This does not describe many of the hosts of The View. Rosie O'Donnell was one of these, Elizabeth Hasselbeck was, Nicole Wallace is Whoopie is, Sheri Shepherd evolved into one, and there were a few others over the years. I will not even mention Barbara Walters because that goes without saying. Her knowledge, her contacts, were nothing short of admirable and awe-inspiring.


If I want to hear entertainment and feel-good stuff, I'll tune on over to THE TALK. And sometimes I do, But if I wanted to be mentally stimulated, informed and challenged, my choice was The View. Especially this year because Rosie O'Donnell brought commentary with a sense of humor.

Producers, when you look for her replacement, please remember the title of your show.

By Suzanne Ordas Curry aka Suzee   Graphics/photos from Facebook