Feel-Good Interview Series: Five Things to Know about Actor Shannon Kook from Hallmark's A Big Fat Family Christmas, The 100 and Degrassi - Including How He Feels about Asian Voices on Screen 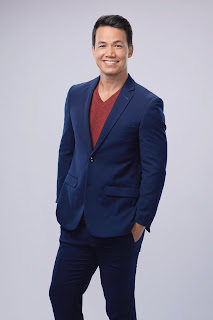 South - African born Actor Shannon Kook stars in one of the Hallmark Channel's new Christmas movies A Big Fat Family Christmas. However, you may recognize this classically-trained actor (Canada) from some of his many other roles on the big and small screens. You may know him from The Conjuring, Degrassi - The Next Generation,  The 100, The Mysterious Benedict Society, Nancy Drew, and many more.

What He is Doing Now
On the title of the current chapter of his life, Kook said, "I'm balancing working on myself while also working on my  career." He adds, "I have been talking to some people about writing and creating my own projects. It is important to have more Asian voices. The writer and the director of this film were both Asian females. It is exciting to see that come to the forefront,"
What Shannon Kook Watches
He revealed that his favorite movies include "The Lion King," "Moulin Rouge," "Everything Everywhere All at Once," "Forrest Gump," "The Fifth Element" and "Braveheart."
His favorite series to binge-watch is "Avatar: The Last Airbender." "That's a favorite of mine," he admitted. "I would actually binge-watch that around Christmastime."
About His Role in The Conjuring
Shannon states that "The Conjuring" was his first feature film. " Also, I got to shoot it in America," he said. "The cast and I still have a great relationship. There is 'The Conjuring 4' coming. It would be cool to do a spin-off TV series with a different demographic."
Shannon Kook's Cheat Meal
Kook's favorite cheat meal is "noodles and soup." "Although I don't eat meat, I would throw in a couple of eggs, and it hits the spot," he said. "I try to eat healthily and intuitively for all of my meals. I try to stay as active as possible."
Motto He Lives By
His favorite motto to live by is "live, love, be." "Lead with your heart and with love. It's important to be present," he underscored.
His Favorite Track and Field Event
If he were to do any track and field event, he noted that it would be the "shot put." "I actually won a gold medal in the shot put in a school championship back in the day and I was actually shocked at myself," he said. "I love sprinting and the 100 meter race."
In swimming, he listed the "breaststroke" as his personal favorite. "That is an awesome stroke," he said.
To learn more about Shannon Kook, follow him on Instagram.
Photo Credit: Lindsay Siu, Hallmark Media
Email ThisBlogThis!Share to TwitterShare to FacebookShare to Pinterest
Newer Post Older Post Home