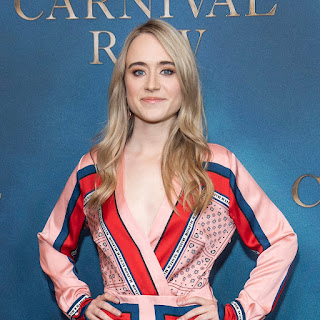 For 2021’s Ridgewood Guild International Film Festival in which she was a juror, I sat down with Anna Rust to discuss her short film Satiety, her transition from acting to filmmaking, her love of video games, work as a voice actor, and more. Check out some highlights from our conversation, as well as the full interview on Youtube: https://www.youtube.com/watch?v=JHwJlOM0s5c

Harry Sherer: What was it like being on the other side... being a juror at a film festival?

Anna Rust: The best thing about being a juror is you get to see everyone’s really unique creative take on their babies. It’s wonderful to get to be a part of assessing and watching these films. Because, as you know, making a film— most people get stuck at the idea stage.
They have a great idea, and they don’t end up doing anything with it. But with being a juror, you get to see someone who’s gone through idea to script to pre-production to filming to post-production to marketing the movie— which is incredible! To get that is pretty amazing even if it’s a crap film. In this particular case, we’ve had so many great films, so it’s an incredible achievement for everyone involved but also an incredible privilege for me.

Harry Sherer: Can you describe the premise of your new short film Satiety, and how it felt to make the transition from acting to directing?

Satiety is lightly based on someone who’s very close to me but it’s basically a story of a young woman who decides to look for her mother who abandoned her when she was a young girl. It does take a different turn at the end — it branches more into — well, thriller — at the end but it’s based on my mother’s relationship with her mother who basically reached out and was not successful in getting in contact. I just really wanted to tell that story.

It was really cool as well because of the personal nature of it I decided to make it basically on my own. Which meant it was a literally zero-budget film. I know people talk about zero budget films but this was a literal zero-budget film. So I had to adjust how it was shot, where it was shot, who was involved— literally next to no one was involved, it was just something I wanted to make on my own. But, having that experience— and I think this is really important for anyone who wants to get into film or tv— just making anything, even on a really small scale, can teach you so much for later. And I think that kind of experience has really pushed me more into creating my own work and writing and directing which I’m now working on much more heavily. 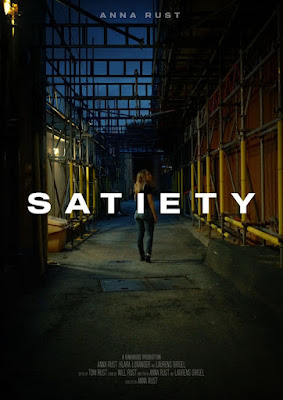 Harry Sherer: What advice do you have for young creatives who want to get into the industry?

Anna Rust: Have really tough skin. I know everyone says that and people are like “Oh get used to rejection,” and you always think: “It’ll be different for me, I’ll get straight in there.” But the truth of the matter is no matter where you are in your career, at any point, even those who are really at the top are going to have huge career losses which really suck.

Things that you wanted more than anything and you didn’t get, or you don’t even get called in for, or you don’t even get considered for. Like it’s the heartbreak and I think it comes with the fact that everyone who works in the arts is really invested in the arts. But the heartbreak that comes with these industries, especially acting, is tough. So be ready for that, be kind to yourself as a result— I’m still trying to teach myself that one— and just find things you love outside of your passion that will keep you happy when you’re not waiting for the phone to ring. 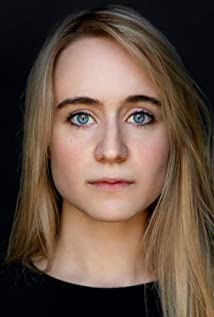 Harry Sherer: How did you enter the world of voice acting?

Anna Rust: By accident! I think I’d just done Legends, which is a TV show, and this company called Side UK got in touch with my agents asking if I would be interested in auditioning for something. Going forward I did get that job and it was an oculus VR game called Arktika1, it’s from the developers of Metro, and then it just spiraled into more work with them. And then building on that, once I had a bit of a body of work, I started working more in video games and it just kind of happened. Which is really cool because I feel like I’m joining at a time when the video game industry is becoming much more cinematic than it was before. So while I still get to do film and TV, I get to do another form of art and cinema that’s really kind of in it’s— well of course video games have been around for a while— but the cinematic phase of video games is quite new so getting to be there relatively early on is pretty special.

Check out the full interview below:

Keep up with Anna here:

Or Harry's Review of Amazon's The Boys: