Review of Marvel's Wandavision on Disney: Unique, Imaginative and a Must See for Marvel Fans, but Here's What It Could Have Done Better

I love Marvel more than anyone I know. That’s why I didn’t like Wandavision.

Clickbaity enough for you? Hear me out— it’s not a bad show. The concept is brilliant, the acting is superb, and it beautifully sets up what will likely be MCU’s return to theatres in Doctor Strange: Multiverse of Madness. But something just didn’t sit right with me as the credits (and post credits, and post-post credits) came to a close. And I think it has to do with something Marvel has had a problem with for a long time— transferring the “Marvel formula” into the television medium.

As a film nerd and MCU fanboy, I’ve heard the term “Marvel formula” thrown around quite a bit. There’s no one true definition, but it refers to the various cookie-cutter elements that the studio includes in nearly all of their productions. Before I describe some of these elements, allow me to preface it by saying: I f*cking love Marvel, and I say all of this out of love. It’s not you, it’s me, babe. That being said, most every MCU production contains: a merely serviceable plot, a likeable protagonist, quirky side characters, a one-and-a-half dimension villain, and a Macguffin. And it works. But here’s the thing— Wandavision includes these elements, and does some of them really well, but in the end, it just doesn’t feel right. Let me explain what I mean.

"The concept of the show was one of the most unique and imaginative setups Marvel has ever attempted. The level of detail put into each episode’s nod to a different era of TV was immaculate." - Harry Sherer 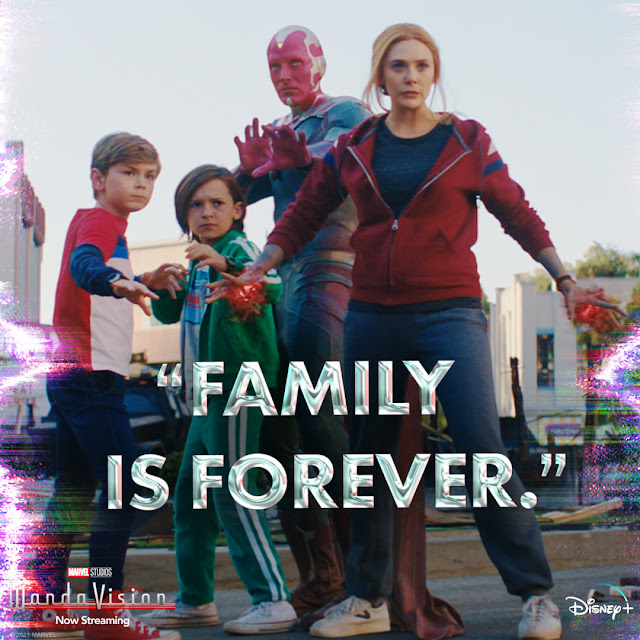 Elizabeth Olsen gives her best acting performance as Wanda in an MCU production thus far. Vision, played by Paul Bettany, is fantastic as well— I have nothing but praise for them. That said, I found it a little hard to root for our Scarlet Witch. Wanda effectively gaslights and manipulates Vision for the first 75% of the show, and in this day and age, it’s hard to justify that, even if she’s heartbroken. We don’t really get a sense of the depth of her pain until the second-to-last episode where it’s revealed how Westview came into existence. Perhaps the emotional impact of this scene would’ve been lessened if placed earlier in the show, but for me, it provided the much needed emotional backstory that would’ve made her easier to root for. Additionally, the show had a great dynamic set up with Wanda and Vision’s goals being fundamentally opposed, but when one character is more clearly flawed than the other, it’s hard not to see the battle as one-sided. I think that example really hits on what my issue with Wandavision boils down to— wasted potential.

I’m not trying to tear this show down— I just wish they did things a little differently. For example, they absolutely squandered their side characters. The acting from Teyonah Parris’s Monica Rambeau, Kat Dennings’ Darcy Lewis, and Randall Park’s Jimmy Woo were all pretty great, but the writing they had to work with— woof. The writing team must’ve spent all of their time coming up with great lines for the titular characters like “What is grief if not love persevering?” because some of the dialogue from the side characters was cringe-inducingly expositional, corny, or downright lazy (especially coming from Director Hayward).

The worst part of it is that usually this isn’t a problem— Marvel can get away with lazy writing and one-dimensional side characters because they’re Marvel. There are too many explosions, charismatic stars, and galaxy-threatening villains to worry about to notice that Professor Exposition just talked about The Power Cube for the past 5 minutes. But in a television show that moves slower, has a more limited budget, and is more character-focused by nature, these issues become more and more obvious as the story progresses.

Another glaring problem was how the show handled its antagonists. One of the most essential parts of the Marvel formula is someone to root against— Loki, Thanos, Killmonger— the MCU knows how to do villains well. I could rant about how awful of a character Director Hayward is for the next thousand words, but I’ll hold myself back. I understand that the true villain of the show is Agatha, but the audience doesn’t know that until practically the final showdown— and even if you did catch it early, good for you, but did it really change your viewing experience? 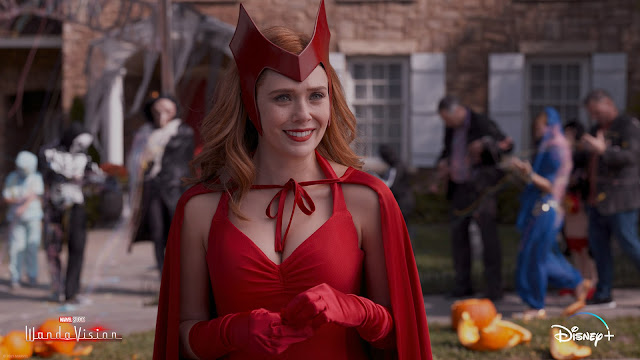 The only villain we have to root against during this show is Director Hayward, who ranks among the most boring and one-dimensional characters I think Marvel has ever put to screen. So while Wanda’s showdown with Kathryn Hahn’s Agatha was a huge highlight, we missed out on the chance to root against her for the majority of the show. Was the shock (and banger of a song) of “It Was Agatha All Along!” really worth it? For me, the answer is no.

Look, it wasn’t all bad. The concept of the show was one of the most unique and imaginative setups Marvel has ever attempted. The level of detail put into each episode’s nod to a different era of TV was immaculate. If you haven’t seen Buzzfeed’s Easter Egg analysis, check it out, it’s awesome: https://www.buzzfeed.com/noradominick/wandavision-moments-vs-iconic-sitcoms.

Using a character as the Macguffin instead of insert-powerful-jewel-here raised some interesting philosophical questions and a great character moment (“I am Vision”). The linking of the MCU with X-Men was fanboy gold, and the “They recast Pietro?” line had me legitimately laughing out loud. Olsen and Bettany have fantastic chemistry and their character’s relationship gave the narrative a powerful and emotional core. Kathryn Hahn is a national treasure and if we never see Agatha again, I’ll riot. And Wanda’s transformation into the Scarlet Witch and the expansion of her powers paints a bright future for the next generation of the MCU.

Marvel is Marvel is Marvel— and Wandavision is no exception. As any Marvel fan can attest, you take the good (Ragnorok) with the bad (Dark World), and can usually count on the fact there’s more of the former than the latter. And while Wandavision has its fair share of great moments, characters, and future implications, its medium as a TV show does not lend well to the Marvel formula. Of course I’m still excited for Black Widow, Love and Thunder, Multiverse of Madness, and all the other treats the MCU has planned.

With the highly anticipated Loki series set to drop this summer, I doubt I’m alone in hoping the studio doesn’t make the same mistakes twice. Marvel knows how to create a good story— it just needs to start treating it’s television like television and not be afraid to stray from the formula.