First Song Released from New Movie Killan and The Comeback Kids: "Where We Should Be Today" is Folksy, Melodic and Meaningful

Taylor A. Purdee, writer/director of the soon-to-be-released film Killian and the Comeback Kids, has released a song from his upcoming movie. Killian & The Comeback Kids is a feature film that centers around  Killian (Taylor Purdee), who returns to his hometown from college, intent on touring the U.S. with his bandmate Ben (Liam Higgins). When their plan is derailed, Killian gathers former childhood friends to audition for a music festival coming to their once prosperous steel town.  The movie is filled with original folk music written by Taylor A. Purdee and Liam Higgins. You can listen to it here: https://thecumberlandkids.bandcamp.com/track/where-we-should-be-today


Inspired by the historic DIY spirit of folk musicians and Americana, Killian & the Comeback Kids looks at an America that industry has left behind and where the promise of higher education as the gateway to comfort was left unfulfilled. In a climate where we talk so much about representation in media Purdee, a mixed race man, feels that “diversity” still leans too often towards a politically correct tokenism, and he wanted to show a multi-ethnic and mixed race cast playing in their roles as members of the Comeback Kids band in the film without this “otherness” becoming the focus of their story. The movie is produced by Karmic Release Ltd.
The song, which will be released everywhere April 19, 2019 is titled Where We Should be Today. The song appears in the movie. This release is a separate version performed with only male voices but which captures the essence of the melodic and meanigful original songs on the soundtrack of the movie. This released version is performed by Taylor A. Purdee and Liam Higgins (whose band together is called The Cumberland Kids) who created the full musical score for the film.

Where We Should Be Today explores the arc of a relationship (whether romantic or otherwise is left to the listener) over the course of a lifetime. Always unfulfilled, always at the back of the narrator’s mind, Where We Should Be Today follows childhood friendships, the romance of early adulthood, infidelity, and was inspired in part by the hit and run death of a university classmate in the spring of 2016. 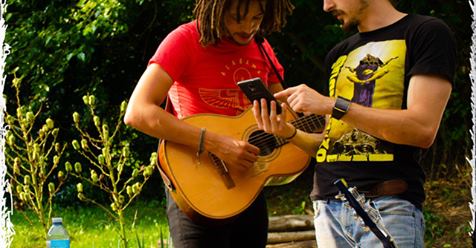