There were no gutterballs to be had for the  kids of the Say Organization as the year started off with a very successful fundraiser, Paul Rudd's Annual All-Star Bowling Event at Lucky Strike Lanes in the heart of Manhattan. In it's sixth year now, the night was an evening of fun, laughter, food, music, bowling and cheer.

The stars and the people came out to support SAY.org, The Stuttering Association for the Young, which is an organization dedicated to helping children who stutter. They empower, educate and support young people who stutter through a summer camp program, speech therapy and creative expression. They never turn someone away if the parents cannot pay. One of their main goals is to instill confidence in the children so they can live and deal with it, and to ask for  patience from those around them. 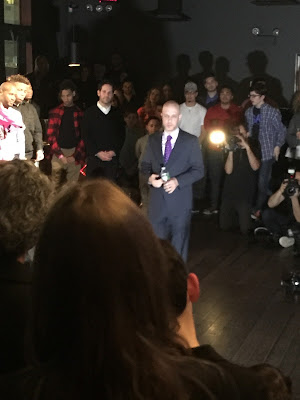 The night started with an intro by Taro Alexander,    President and Founder. Everyone gathered around him in a circle, celebrities, children and supporters alike as he talked about the organization and then the children and people involved in him chanted a song. Little known fact - people most often do not stutter when they sing.

After that everyone went to their lanes. Each lane had a celebrity caption and a Say member. At my lane I had Daphne Rubin Vega, a Broadway dancer, Iliana Guibert, an actress and Liz Tuccillo, a writer for Divorce on HBO. There were about 10 people in my two lanes, including a SAY teaching artist. 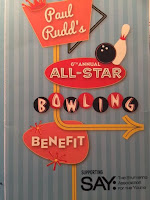 Shortly after we got set and put on our pre-ordered bowling shoes (which have not changed since the 50's), Paul had a few more words to say about SAY.  He talked about how he got involved because he was preparing for a role as a person who stutters for Three Days of Rain on Broadway. He met Taro during his research and Taro ended up as his coach. He learned all about the organization, and realized that he really wanted to help these kids. 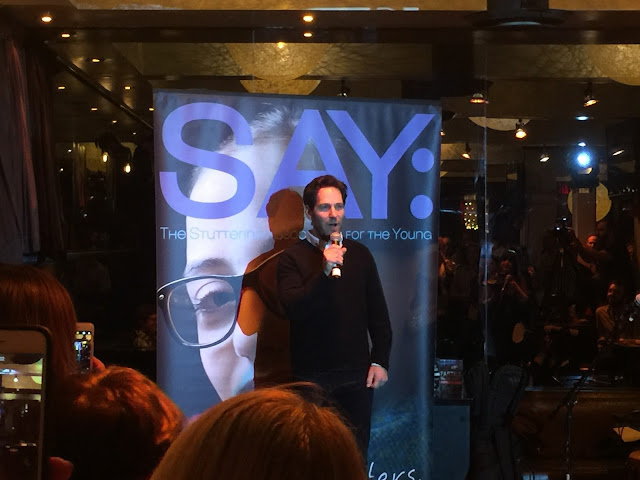 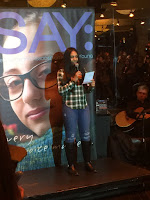 Then, he rapped a song, a song from Hamilton, and he was really good. (Maybe next time Phoebe will be there to accompany him on the guitar.)  However, rapping with him was a SAY student, Isabella, who shined. It took courage and strength to do in front of the large crowd.  Following this, we heard from some other SAY students and heard SAY teachers perform.

There was a silent auction and a live auction. Most of the prizes were NYC entertainment or sports-related. I know by the end of the night they hit their goals. Here he is rapping Hamilton: 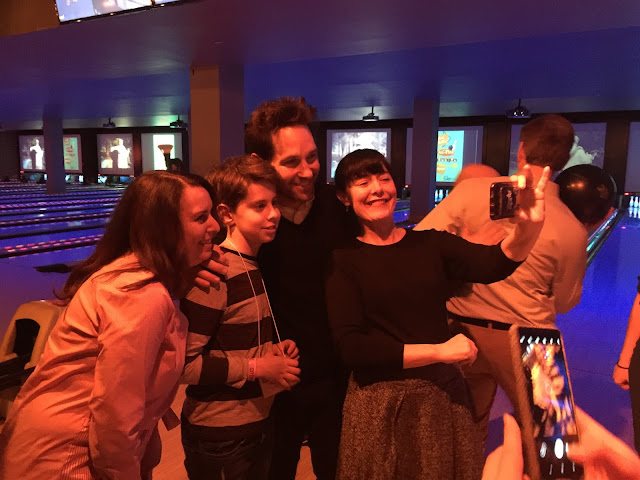 Paul stayed the entire night and did not turn down any photos. He went to each and every lane and greeted every supporter and SAY student with a smile. You can tell he was truly dedicated to the cause. 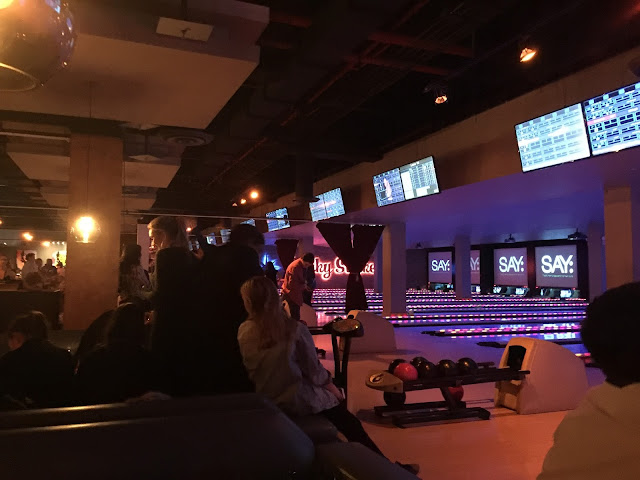 I asked Paul Rudd why he did what he does every year and he said, "Every year it's like a shot of serotonin directly into the brain...Hang with any of these kids, and you feel their presence, their spirit, their confidence, it's not only thrilling but it's addicting." 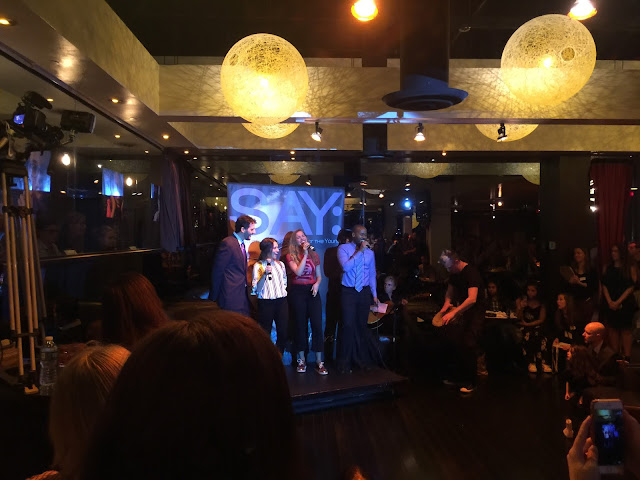 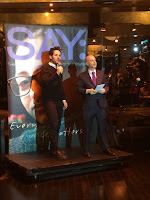 I was not aware of this organization until this event, and I was very impressed at its emphasis on doing all that was humanly possible to help children suffering from this. I was also quite impressed at all the SAY youngsters that sang and helped out during the night. It was a true community of people who wanted to make the world a better place for each other in the middle of a big, cold city.