Disenchanted after graduating college, and subsequently returning to his hometown, a once-thriving town in the heart of Pennsylvannia, a musician tries to discover his new path in life with the help of some old friends.

Killian and the Comeback kids is a movie about music, hopes and dreams. Set in the beautiful rolling hills of Pennsylvania, with some shots in NYC, it tells the tale of a bi-racial young man Killian, who tries to put a band together to win a prize at the town's biggest event, a music festival. Throughout the movie the characters interconnect in many ways, but all are brought together by music. The score is filled with original music, mostly folk rock. Expect the soundtrack to have other songs on it by other musicians who lent their music and talents to the film.

Starring in this movie is  Nathan Purdee (One Life to Live, Young and Restless, Tainted Dreams), Emmy-nominated  Kassie DePaiva (Days of our Lives, One Life to Live, Guiding Light),  The movie was created/written/produced y by Nathan's son Taylor Purdee. a graduate of Fordham who also plays the main character, Killian.. Also starring in the film are John Donchak, Shane Andries, Shannon O'Boyle (Kinky Boots on Broadway), Emily Mest, Andrew O'Shanick (The Office)  and Yael Elisheva. 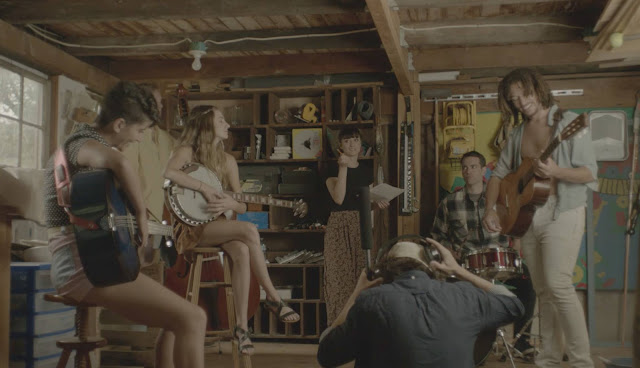 The film has shot its principal photographs and running an Indiegogo campaign for post-production. Perks include songs, phone calls with stars, and even a walk-on role in NYC.