Movie Review of Driver X: Uber On Over to See This Funny Yet Meaningful Comedy about a Middle Aged Man Living in a World of Millenials, Patrick Fabian, Tanya Clarke, Desmin Borges and Oscar Nunez Star in this Henry Barrial/Mark Stolaroff Film

The shoulder lapels. The buttons. The elastic waist.

For those who wore one, or knew one who wore one, we know the meaning of them. Coolness. Popularity. Partying. A Chick Magnet. It's what the hot guys - or shall I say "hunks" - wore decades ago.. A Members Only Jacket is the ultimate symbol of 80's youth and vigor, a symbol of  how the baby boomers who paid no attention to that nomenclature at that time during that era defined itself.

The use of a Members Only jacket in DriverX is perfect as a metaphor for what the main character is going through. Coming of age. This movie is not just about driving, it's about people. It's about meeting people and learning about people. And while doing so, it's about a middle-aged man reckoning with his abilities, possibilities, responsibilities and limitations.  This speed-racer reminiscent attire is a perfect homage of days gone by.

This movie is about a dad and husband, Leonard, played by Patrick Fabian (Better Call Saul, Friends, Big Love) who owned a record store, ironically called "The Last Record Store", which of course, went the same way as Blockbuster Video. We find him now at home, being Mr. Mom to their two kids, with a wife, played by Tanya Clarke (Inhumans, Banshee, Guiding Light) who brings home the bacon but is not the one cooking it. That's Leonard's job. Without spoiling it too much, after unsuccessfully trying to get a job in a world he is finding he is too old for, he takes on the challenge of owning his own business, the new path to freedom, money and the American dream  -  driving for a rideshare service. 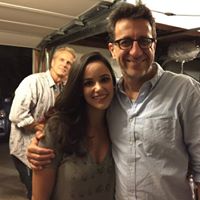 Patrick Fabian makes a perfect Leonard. He is totally believable as someone who just doesn't want to give up his youth  and who still retains the handsome good looks he had which could get him in trouble. Muscles transend age. The movie is heavy with dialogue for him, and he does a great job, though I heard that there was some ad-libbing going on as the car scenes were really shot inside a car, driving around at night in the dark.

During much of the movie the viewer meets all the different types of passengers Leonard shuffles around. If you think you're the only one that asks a driver "So how long you been doing this?", think again.

Sometimes Leonard sees things he shouldn't be seeing and sometimes he sees things he doesn't want to be seeing. Sometimes he connects with people. There's a great story line in there about a passenger named Tommy that he connects with, which gives Leonard even more food for thought about the path of his own life. Desmin Borges makes this complex character very likeable.

I watched this movie with my husband, who especially appreciated the music references, some common some obsure so get ready to Google. Watch for them throughout the movie. And here's a bit of trivia, Leonard is seen donning a Rush t-shirt because that is Fabian's fave band. 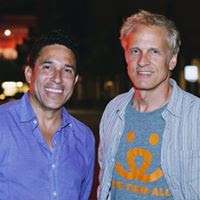 Best line, to me was when one of the charming little girls, real sisters who played sisters, said to her dad as he was cleaning up in the kitchen, "Men are so lucky, they don't have to be smart or anything they just need to get married."

Best line to my husband  was when Leonard said "So what?" to his wife who was rambling on incessantly about a juice cleanse she was going to do, which he frankly was tired of hearing about. From my perspective, I was quite interested in this juice cleanse. In dialogue such as this Henry was on-point with the banter between husbands and wives. This helps give the movie appeal to both sexes even though they will each see the lines from their perspective.   But together, the message for both male and female is that time passes, things change, and you can't go back.  But when you have a significant other in your life, you can fear the future together. 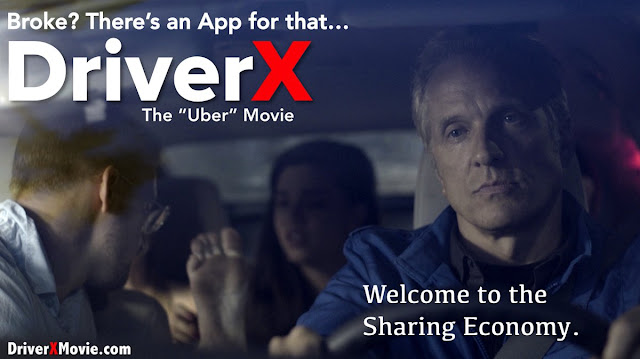 This movie is not yet available but is making the film festival circuit, Take an uber or Lyft and get to the theater. You'll laugh, you'll nod, you'll think. I don't think there's any other movie out that goes so deeply into the mind of a ride-share service driver and uses it as a backdrop for coming of age. Original, clever and funny with a true-to-life performance by Fabian.