Movie Review: Scarlett Johansson Might Sell Tickets but Nothing Can Save the Atrocity that is Rupert Sanders’ GHOST IN THE SHELL 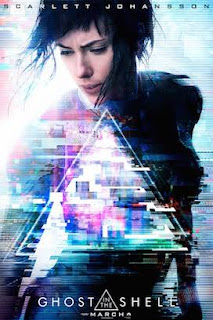 I always knew that the gender gap in Hollywood was absolutely ridiculous, but it was not until I started to write for this blog that I realized how truly horrendous it is. Films by women about women are almost impossible to find, and, as of right now, it seems that leading ladies seem to be prevalent but the people who make the films are almost always men. Come on, Hollywood, step up your game.

This week, I scoured for a film to watch that had even the smallest thing to do with women. GHOST IN THE SHELL was quite literally the only film that met this category, and I had read reviews in Variety, The New York Times, and Entertainment Weekly that just destroyed the movie for whitewashing and bad writing. In fact, this film was recognizably so bad after its opening weekend that when my friend and I went up to buy our tickets, the guy at the kiosk next to us saw what we were seeing and said, “You know that it is supposed to suck, right?” “We know,” my friend and I responded flatly.

Although GHOST IN THE SHELL did not meet its projected box office numbers, the theater that we were in was packed, nearly every seat was filled with popcorn-eating comic book nerds. It is safe to say that my friend and I were woefully out of place. As the credits started to roll, it was obvious that android birthing sequence had been taken from HBO’s hit WESTWORLD.

As expected, it did not get any better from there. There were moments where my friend and I looked at each other and burst out laughing. While the special effects were beautiful, nothing else was. The writing was so one dimensional that it gave me hope for my future. I think my dog could have written a better movie than whatever Jamie Moss came up with. The dialogue was so one dimensional that I often thought to myself, “No one talks like that, not even robots.”

Furthermore, it was also evident that most of the money for this film was spent on special effects and booking Scarlett Johansson, who was clearly miscast. In one of the most obvious cases of whitewashing that I have ever seen, all human/cyborgs in the film were white but originally lived in Asian bodies and had Japanese names. Johansson’s character even has a Japanese mother who speaks broken English. How is it so hard to cast a Japanese actress? I can name five that would have made this film better and not led to a ginormous controversy.

Still not convinced? The direction by Rupert Sanders is confusing and, if I had a say in it, he would never direct anything else. Each actor’s motions were stiff, and the blocking makes me nauseous just thinking about it. I get it, I am being harsh, but you would feel the exact same thing if you saw the train wreck that is GHOST IN THE SHELL.

The comic book nerd sitting next to me hated the film so much that he loudly snored throughout its entirety. While America is split politically, GHOST IN THE SHELL unites us. Not a single person thinks that this is a good movie. Even Scarlett Johansson did not promote it when she hosted Saturday Night Live the week before it hit theaters. The film is that bad, so save your money. If you have two hours to kill, your time will be better spent watching paint dry than sitting through the painfully terrible GHOST IN THE SHELL.