Alec Baldwin Signs Copies of His New Book Nevertheless, Says Favorite Chapter was Definitely "The One About His Wife" 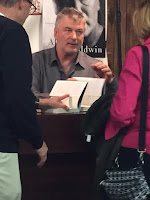 By Suzanne Ordas Curry
Hot off the presses and hot off his performances on SNL and his tour for Boss Baby, actor/writer/icon/the immortal Alec Baldwin visited the small suburb outside of New York City of Ridgewood, NJ, to sign copies of new new memoir, Nevertheless.

Bookends on Ridgewood Avenue in Ridgewood, NJ is often a stop on A-listers book tours, and this one came the day after his book dropped.
About 200 people were able to purchase a book prior to be able to have him personally sign their book. 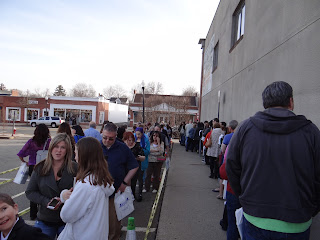 The Disney-esque line was 3 lanes deep outside the building and filled up the signing area downstairs, but went quickly. Alec signed each book and  had little conversations with some of the guests. Photos with Alec were not permitted but the cameras were clicking for about a full two hours with fans and media taking pics. I got the opportunity to ask him a question. 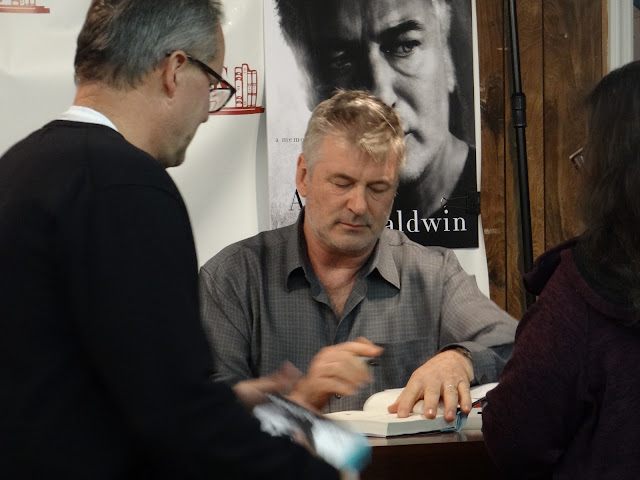 Alec looked comfortable signing each copy, this is not his first book.

I would highly recommend this book. For a review click here:
http://www.suzeebehindthescenes.com/2017/04/review-nevertheless-by-alec-baldwin.html

After the book signing, Alec had dinner at a restuarant down the road, La Lanterna, as reported by a local news site: http://mahwah.dailyvoice.com/neighbors/did-you-catch-a-glimpse-alec-baldwin-spotted-in-ridgewood/706396/ 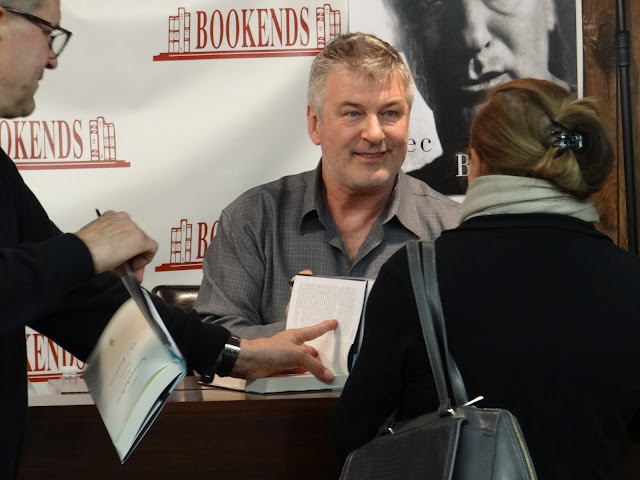 Alec Does Double Duty on #SNL:
http://deadline.com/2017/04/alec-baldwin-saturday-night-live-snl-bill-oreilly-donald-trump-1202066097/
Email ThisBlogThis!Share to TwitterShare to FacebookShare to Pinterest