NY/NJ – On a remote Canadian island, George Brookes, a brilliant but reclusive plant biologist, may have achieved the most monumental breakthrough in science: communication between plants and humans. After his mysterious death, five heirs arrive for the reading of his will, but within days, the island begins to have strange and violent effects on the group and they realize George may have unleashed a sinister force far more deadly than any human.


SEEDERS (St. Martin’s Press) is an edge-of-your-seat science thriller, by the critically-acclaimed author A.J. Colucci. The book will be available on July 15, 2014 nationwide and is currently available for pre-order at online bookstores everywhere.

A 22-year resident of Mahwah NJ who grew up in Larchmont, NY, Colucci will be signing copies of SEEDERS and giving a short presentation at Barnes & Noble, 765 Route 17 South in Paramus, NJ on Tuesday, July 15, 2014 from 7:00 to 8:00 p.m. Books purchased at the store will be signed and all visitors will have a chance to meet the author. There will be a short discussion, contests and giveaways, including SEEDERS T-shirts, mugs and copies of her debut novel, THE COLONY, a thriller about an army of genetically-mutated ants that attack New York City. 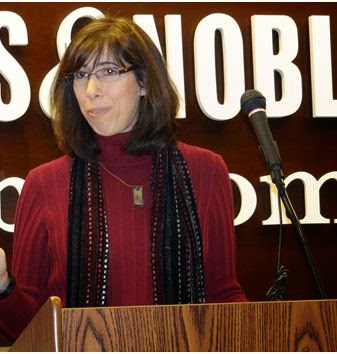 A.J. Colucci writes novels that combine true, cutting-edge science with the adrenaline-rush of a thriller. "I like to write about nature because it can be a brutal place—kill or be killed. But it's also filled with a sort of beauty and logic that makes you wonder which species are truly evolved. Humans have a tendency to separate themselves from everything non-human. We consider ourselves above nature, not part of it. I think it's important to recognize what we have in common and gain a better understanding of all living creatures that share this planet."

Colucci spent 15 years as a newspaper reporter, magazine editor and writer for corporate America. Today she is a full-time author who lives in New Jersey with her husband and two daughters.
She is a member of International Thriller Writers and Mystery Writers of America.

For more information visit her website at www.ajcolucci.com, A. J. Colucci on Facebook and @ajcolucci on Twitter. The author is also available to speak to local organizations. For information contact Suzanne Curry, publicist at 201-264-7349.

“Gripping and brilliantly original. The excitement stays at a high pitch from the opening chapter right up to the ghastly end. A page-turner extraordinaire.”
—DOUGLAS PRESTON #1 New York Times bestselling author of The Kraken Project

“Seeders is a creepy revelation–a riveting techno-thriller that reads like a Victorian ghost story. Highly recommended!”
—JAY BONANSINGA New York Times bestselling co-author of The Walking Dead: The Fall of the Governor

“If you could mix H.G. Wells' Island of Dr. Moreau with a dash of Michael Crichton you'd have A. J. Colucci's Seeders.”
—STEVE ALTEN New York Times bestselling author of The Omega Project