Article written by and photos by Suzanne Ordas Curry

THEY'RE BAAACCKKK!  Well, not all of them. RHONJ Caroline Manzo is off to do her own show, RHONJ Jacqueline Laurita is not returning and the Wakile Family and lively sister Rosie will have less air time. But we have Dina Manzo returning and some new ladies, Amber Marchese and a set of identical twins, Nicole Napolitano and Teresa Aprea, adding to the mix this year.

Last year lacked that table-flippin drama we've all been accustomed too.. here's hoping the new chicks have some strong opinions and arms!

The ladies started their publicity tour already, appearing on fourth hour of The Today Show with Kathy Lee and Hoda. Dina, Amber and the twins sat on the couch and discussed the new season.

What I like to hear is when people use their presence to forward a cause. Dina Manzo has Project Ladybug, a wonderful organization which fund programs for sick children and their families for several East Cost hospitals including St. Joseph's Children's Hospital in Paterson, NJ. I had heard that Amber was a breast cancer survivor, and she talked about it with the ladies on the Today Show, telling them that it would be part of the storyline. Amber talked how she wanted to bring awareness to the disease, which she said "could potentially save another life". You go girl!!

The twin sisters talked about how they were excited to be on TV and to do the show. Nicole said she thought  "it would be so much fun to do something with Teresa." They talked about who was going to get into the thick of things in the show, which prompted Teresa to say "I don't really tackle the issues, they find me!"

So, now there are two Teresas on the show. If you live in NJ, at least northern NJ, there are an awful lot of Teresa's, so it's not uncommon to have two Teresa's in a room or for that matter several Lisa's, Anthony's Michael's and Frank's.

The twins are from Colts Neck, NJ. All three ladies are friends of Melissa Gorga's. I went to a Fashion Show where the newcomers were appearing in Paramus, NJ this past spring and no one knew who they were. I think that's about to change. 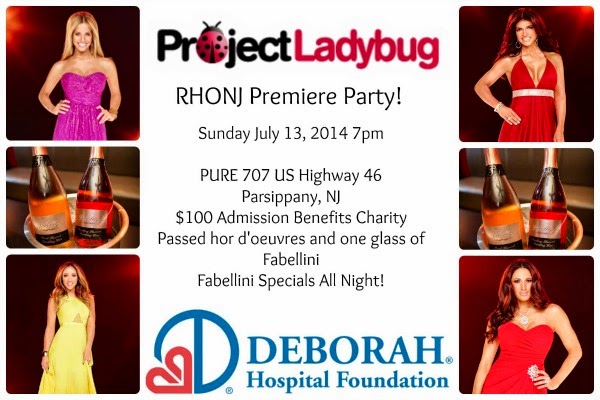 If you are in the  North Jersey area, the Real Housewives of NJ are holding a Real Housewives Viewing Party at Pure Parsippany, 707 Route 46  in Parsippany, NJ. It goes from 1 pm to 10pm.  I am sure BRAVO will be playing on all TV's in the lounge, especially at 8pm when the season premiere airs. I am fairly certain it is probably the only time BRAVO will be on every TV in the lounge, maybe any lounge for that matter, but it certainly is a refreshing change from the proverbial sports rampant on the TV's in most bars. 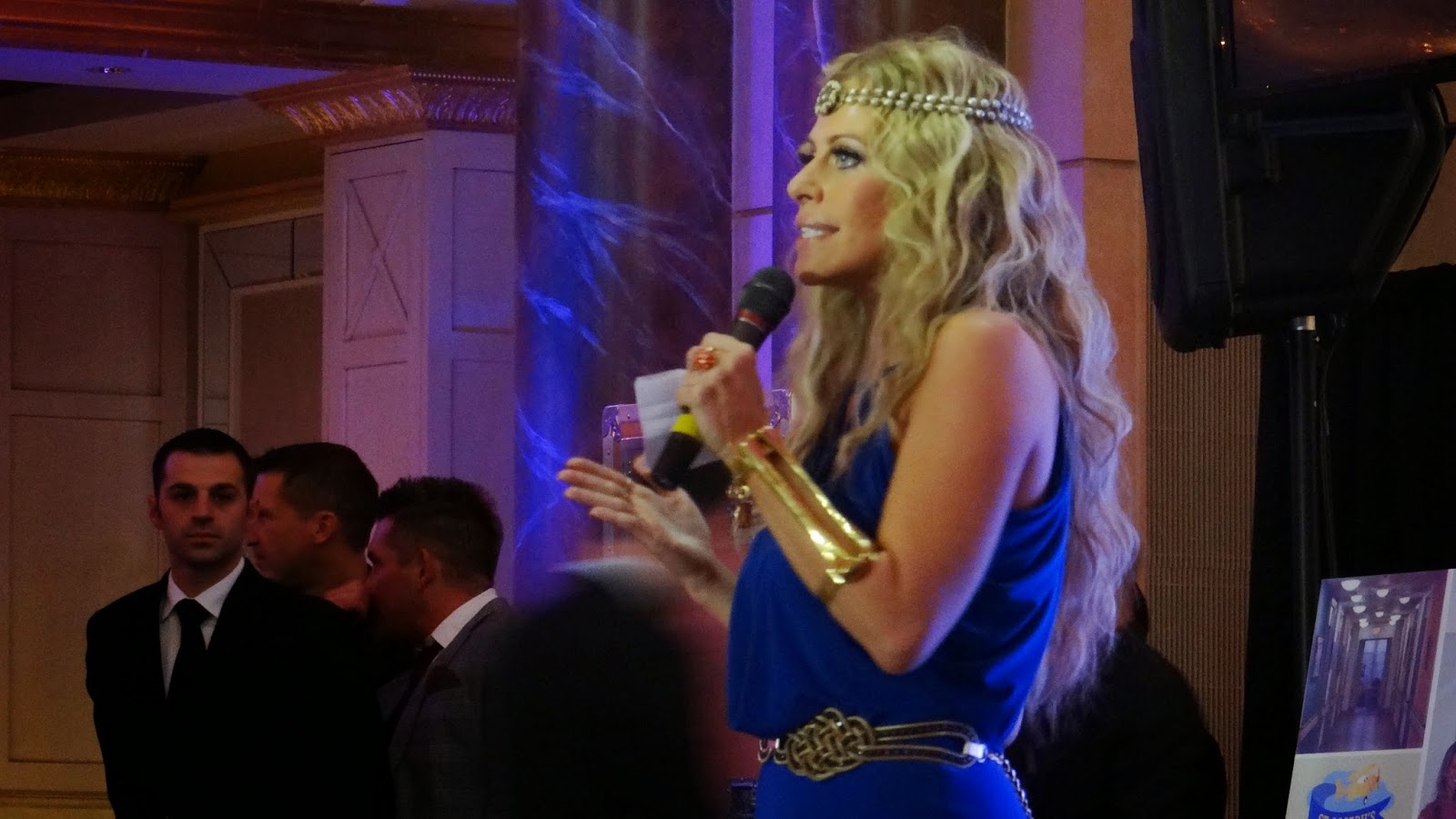 This event promises to be a lot of fun and what I have found is that the RHONJ are all very personable and accessible at events like this and love chatting it up with anyone that introduces themselves. And to top it off this party acts as a fundraiser for Dina's Project Ladybug and the Deborah Hospital Foundation in Burlington County, NJ. This latter foundation has is well-known and respected in NJ and supports programs and care for people with heart, lung and vascular disorders. It has been in existence for decades.

Tickets are $100 each and can be purchased here: http://www.eventbrite.com/e/real-housewives-of-new-jersey-premiere-party-for-charity-tickets-12127831671?aff=eorg

For all you RHONJ fans here some photos of the lovely ladies over the years. They were taken at events in NJ.

Note- you can use these photos as long as you credit me and don't sell them for profit.

You can also see some behind-the-scenes videos of the RHONJ on the SBTS Channel: 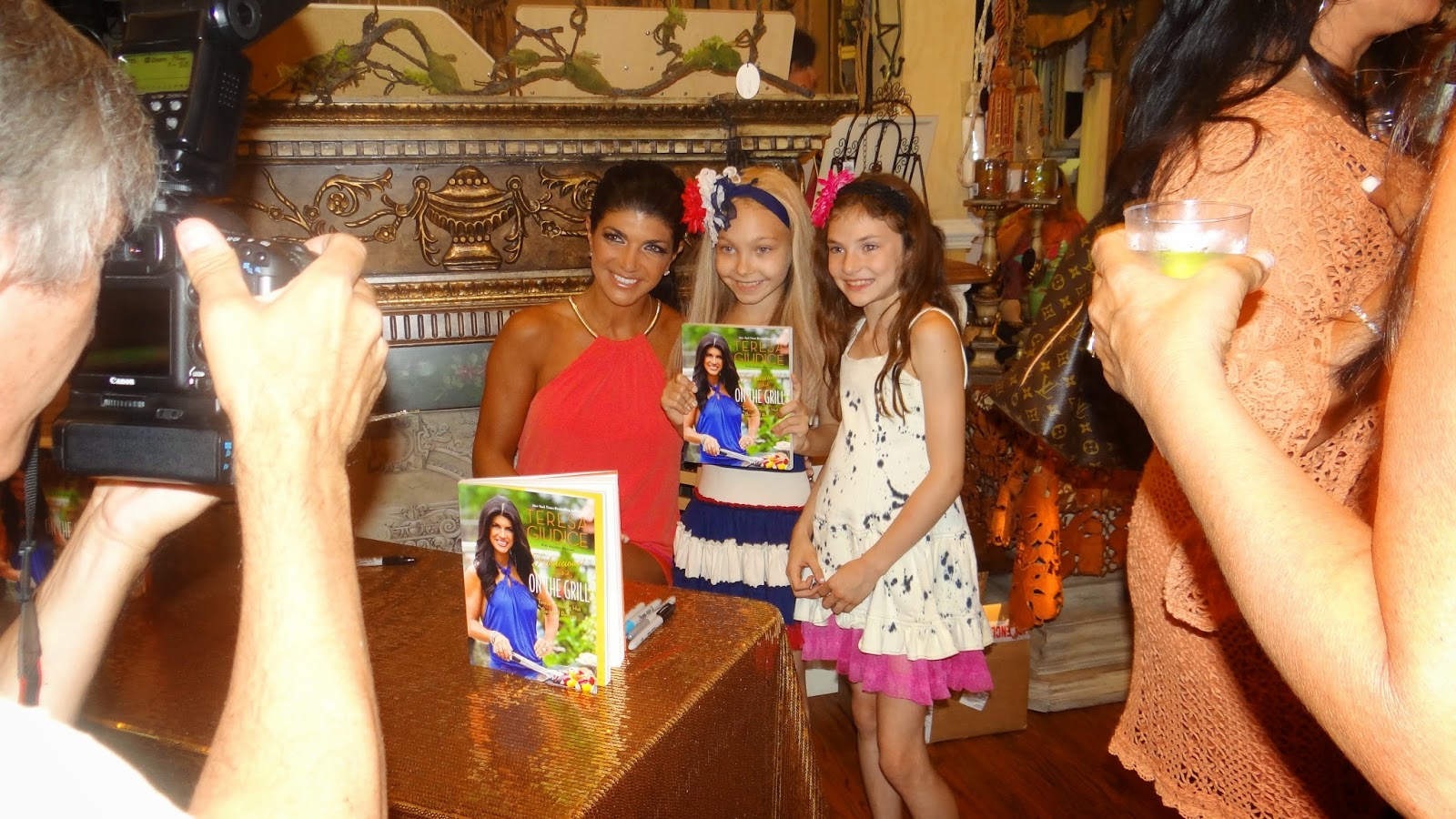 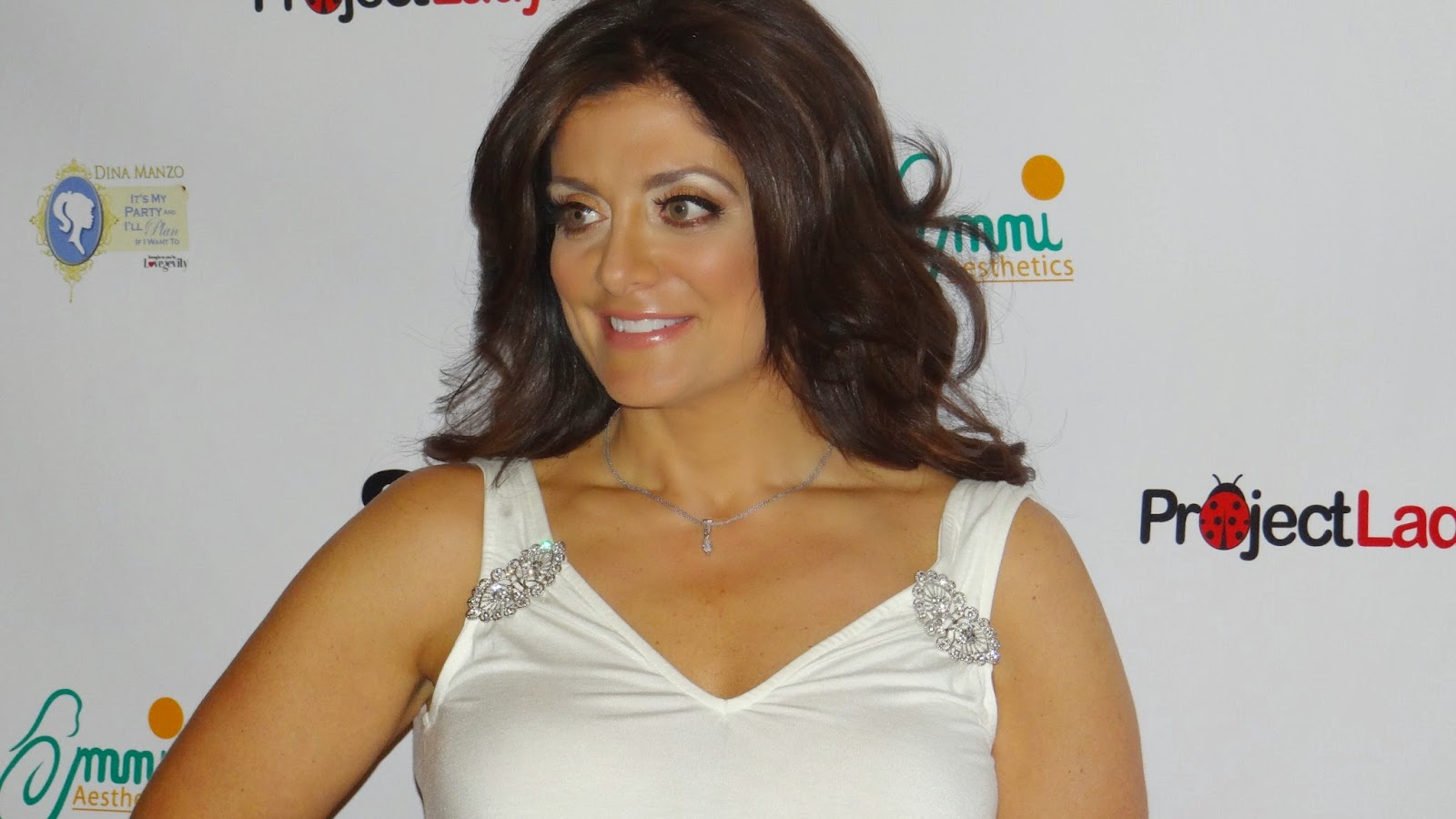 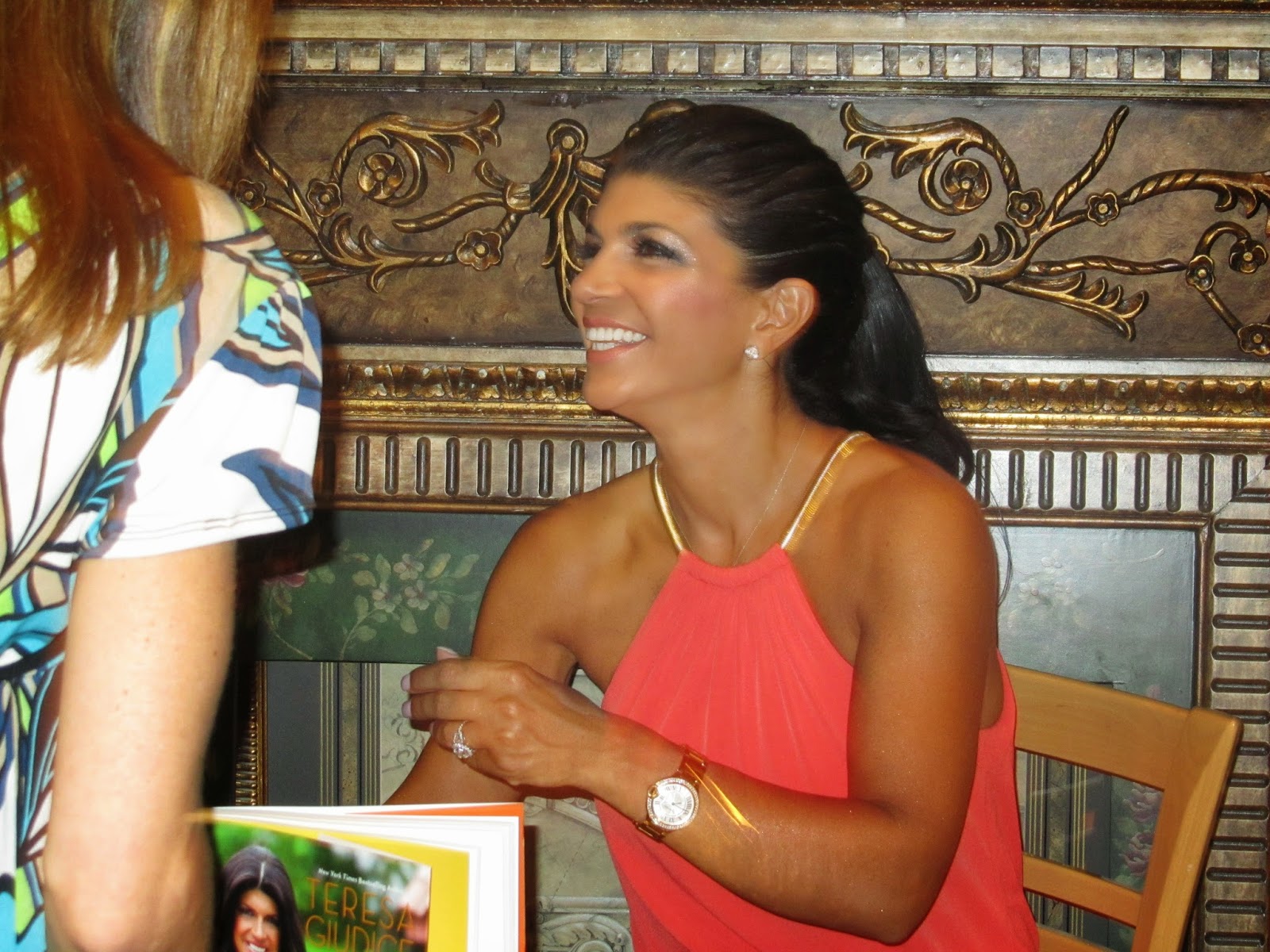 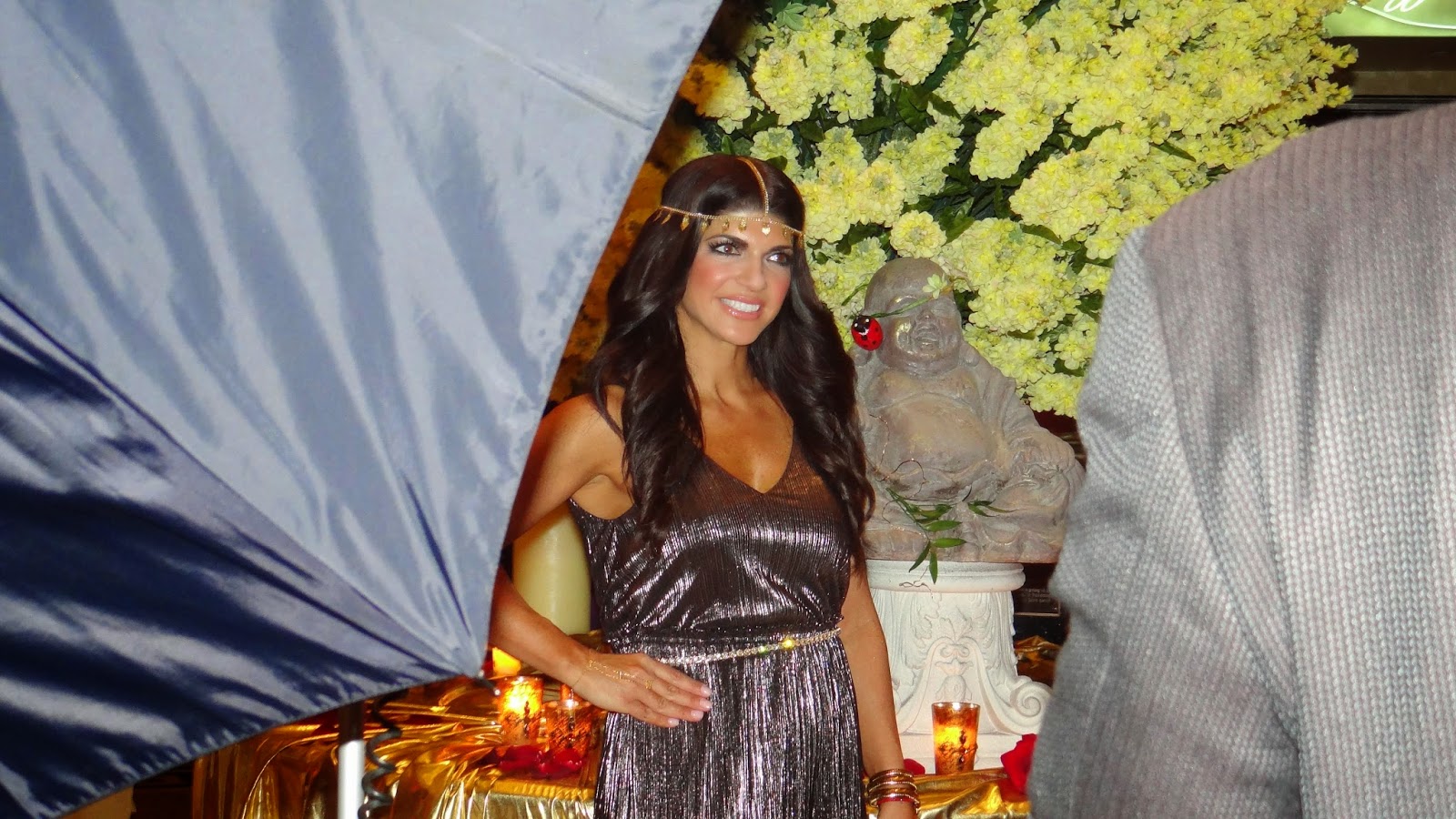 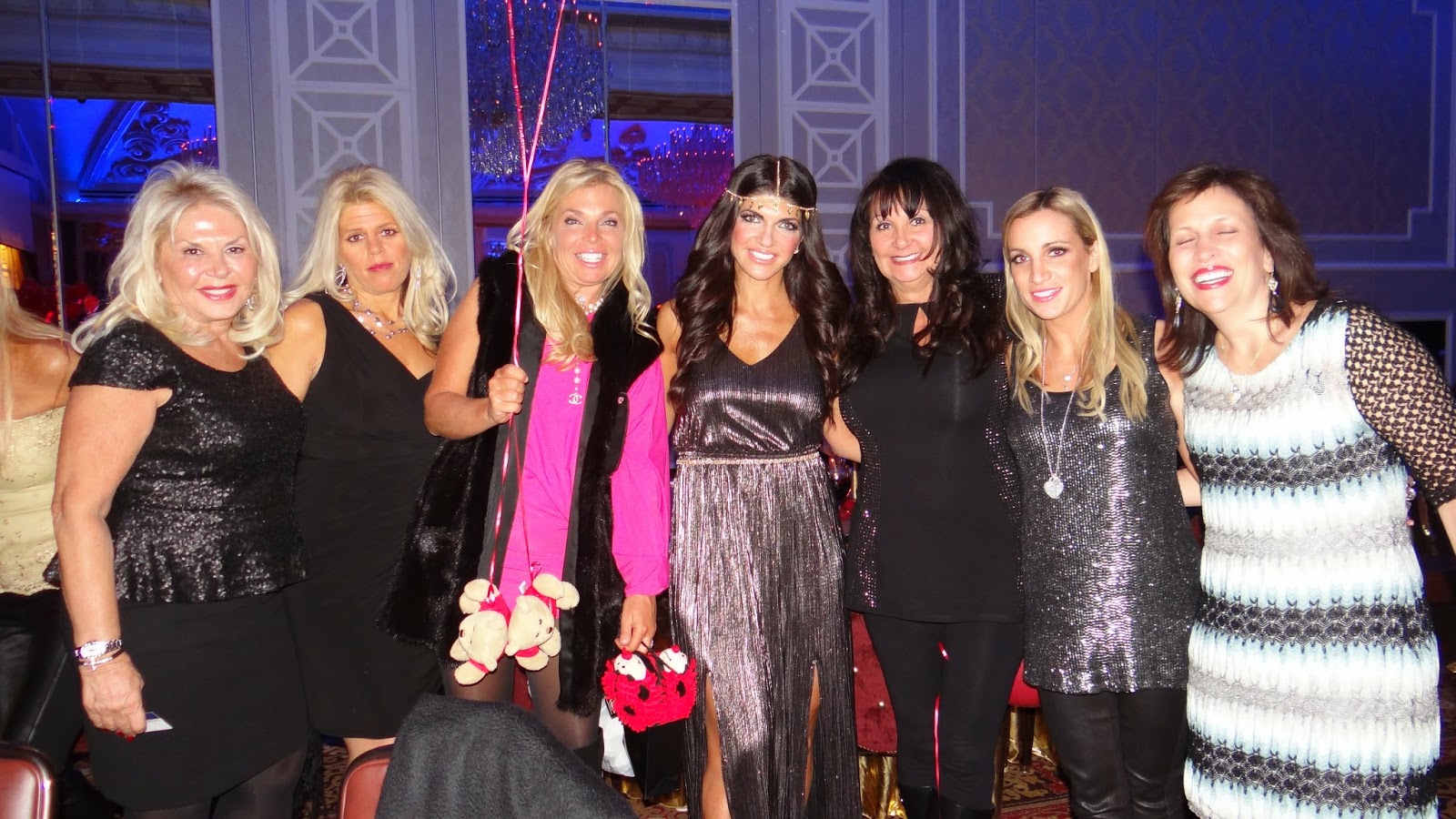 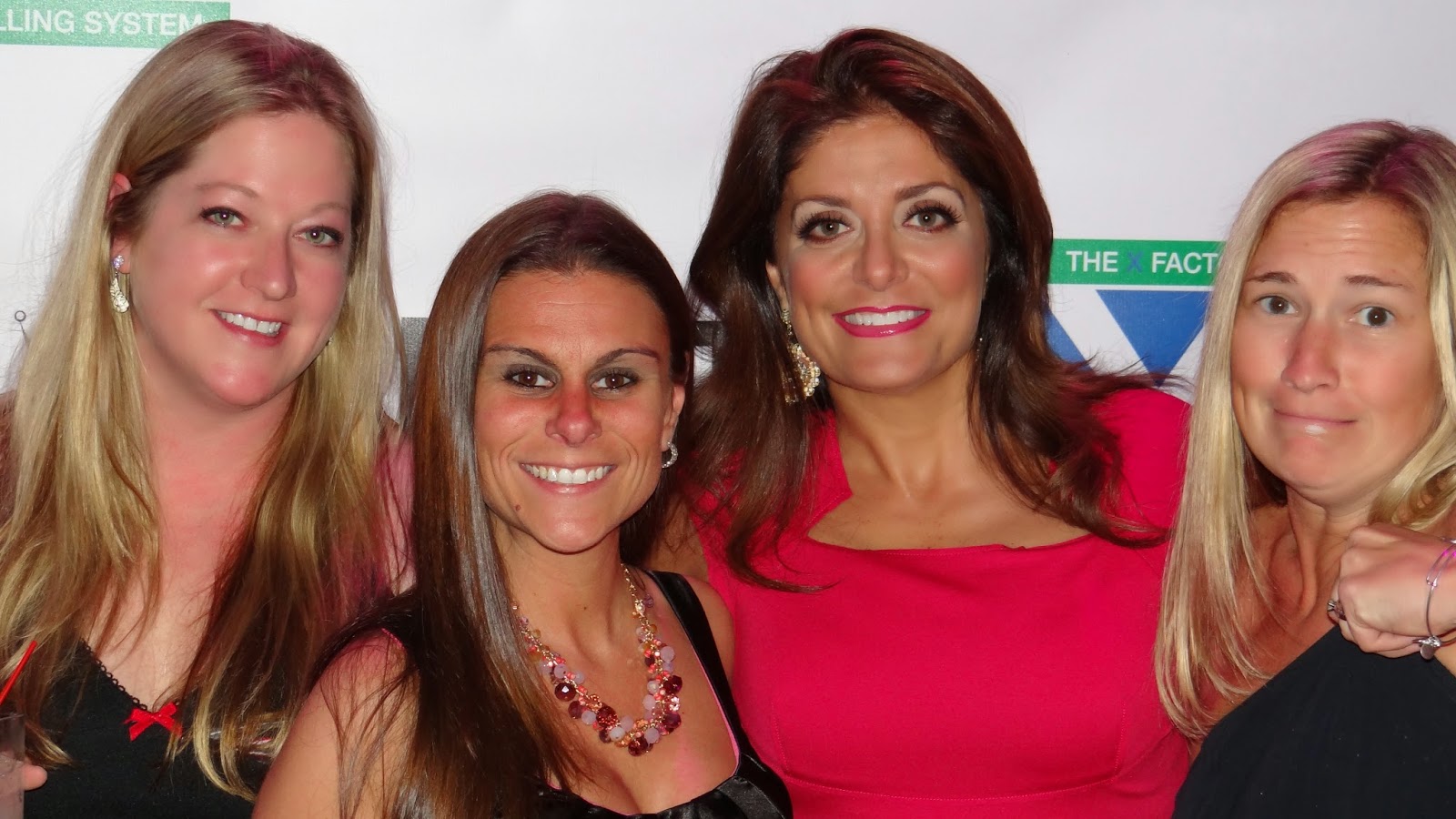 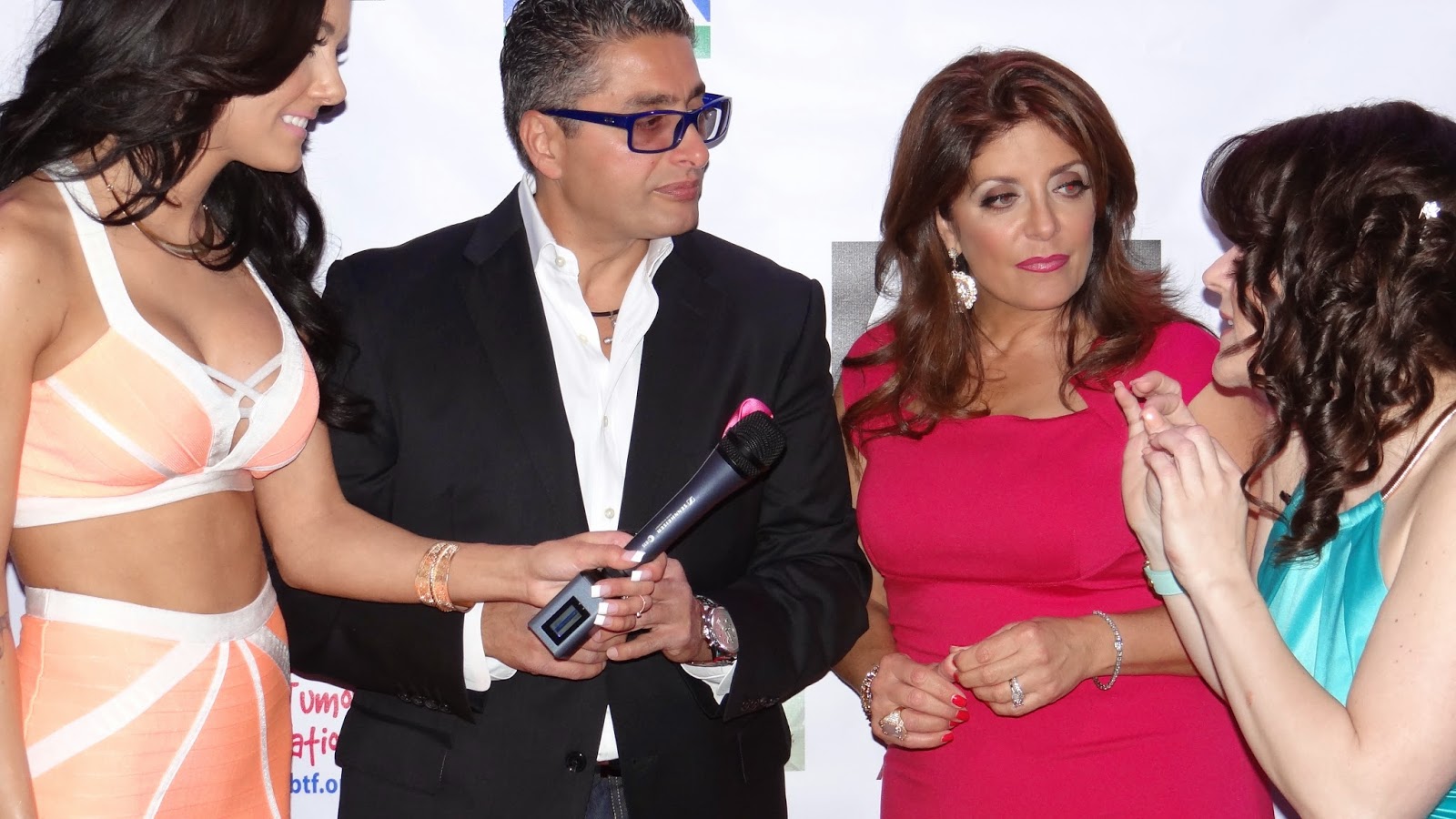 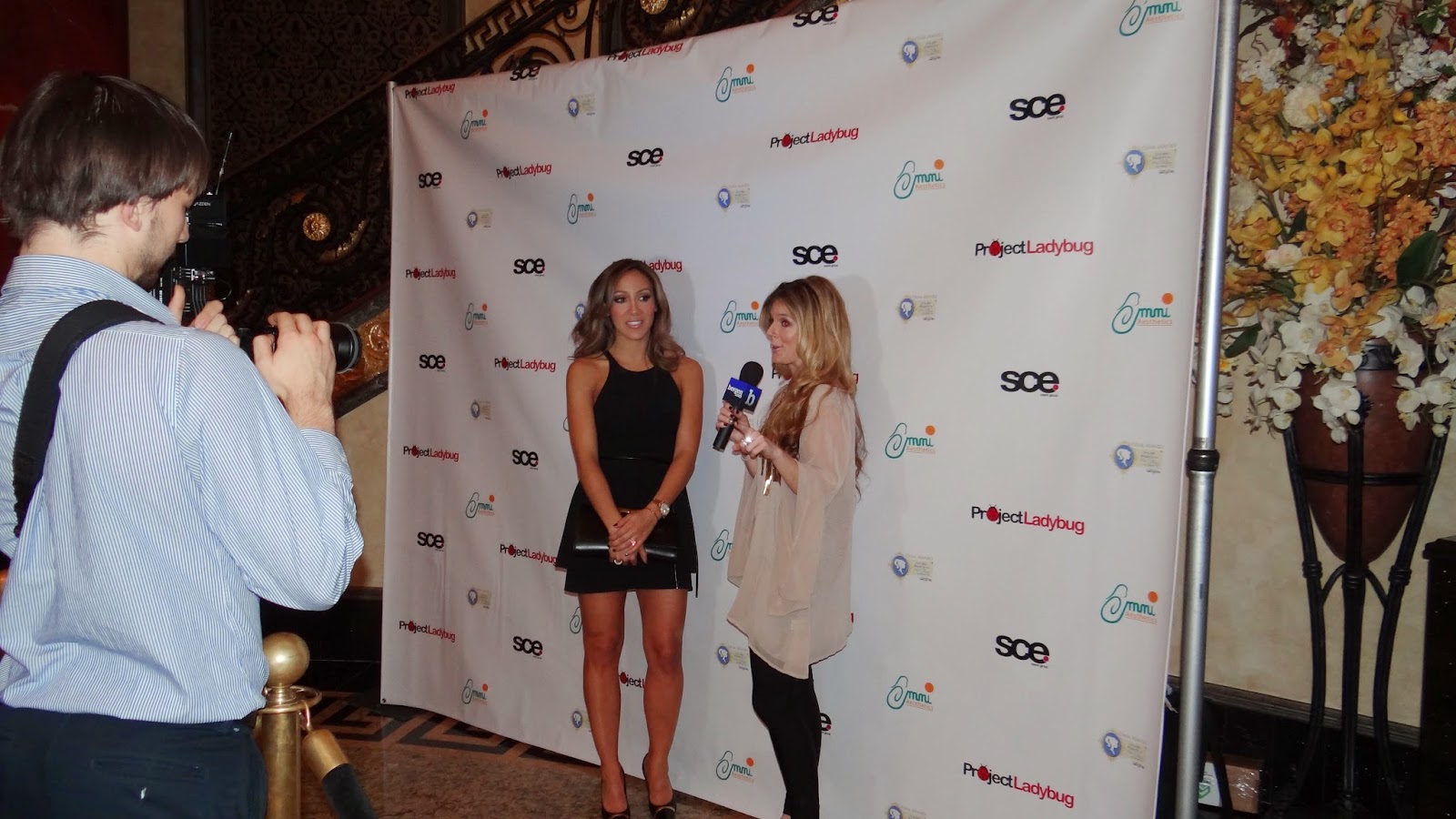 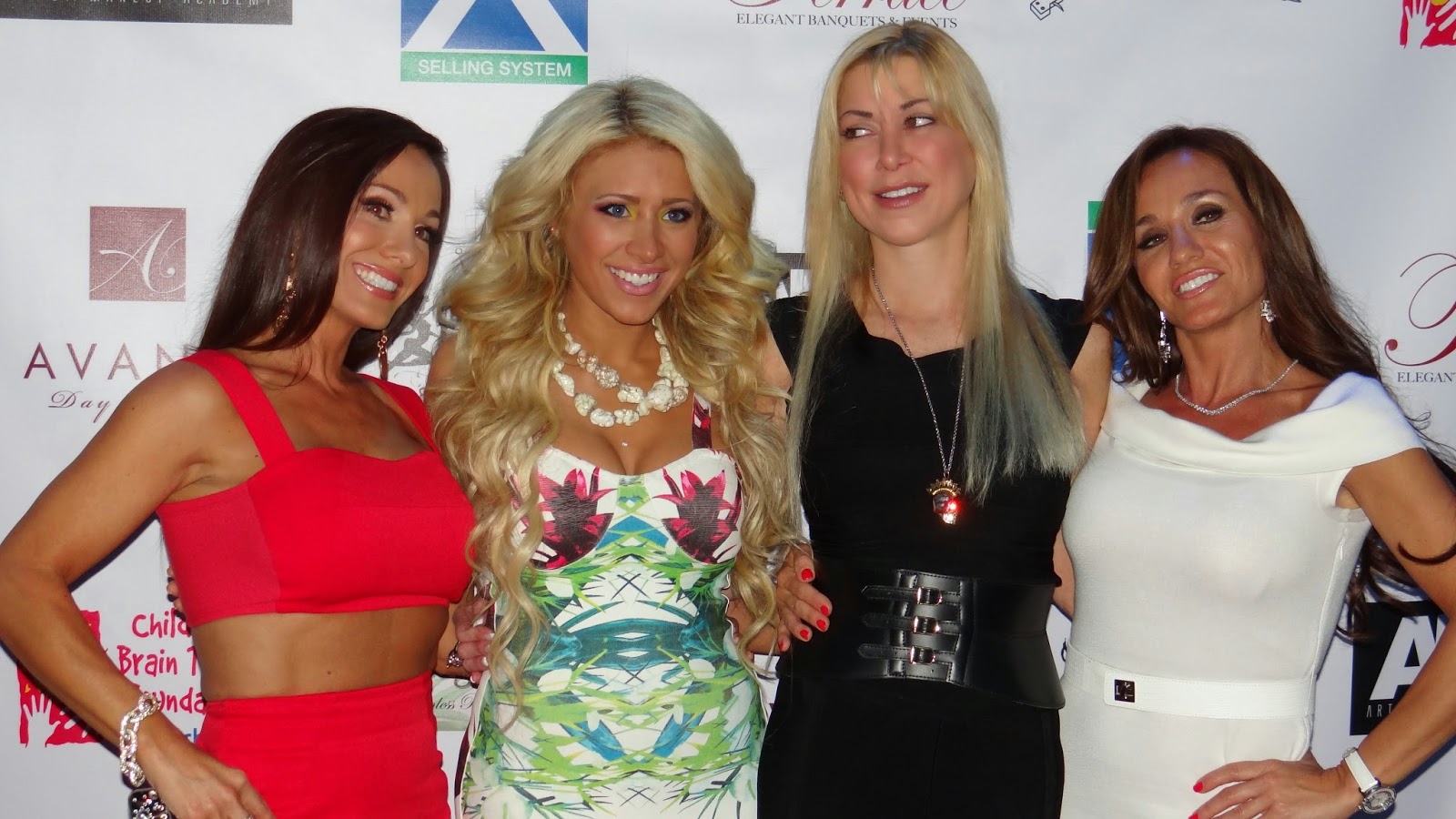 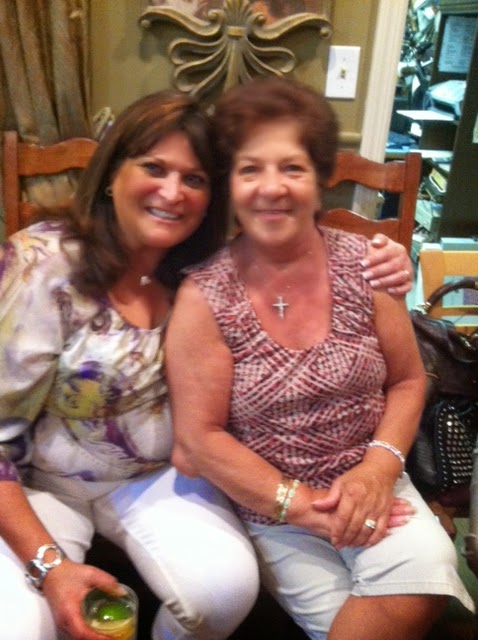 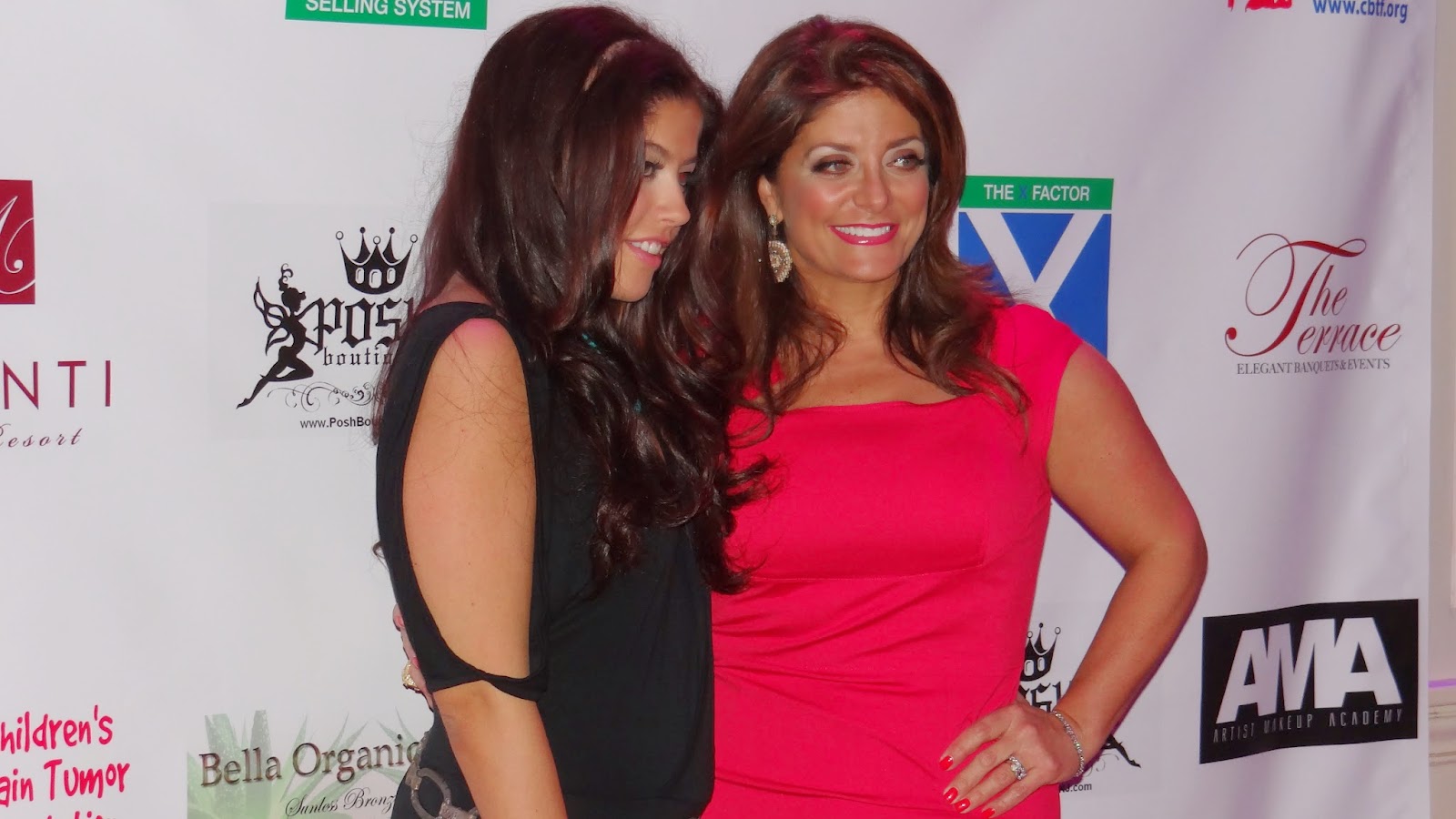 Rise of Skywalker: Have you Seen it Yet?

Click image for trailer. If you're a fan, watch The Mandolorian on Disney + to satisfy your #StarWars cravings.

Click for trailer of this classic come to life on the big screen. Directed by Greta Gerwig.tars Adam Devine, the glorious Wanda Sykes and a household device.. Click image for trailer.

As a THANK YOU to our readers, we're giving away TEN $20 Gift cards to Amazon or Target in the months the of January and February. Winners will be announced on March 1, 2020. All you have to do to win is enter your email in below - as winners will received E-Gift cards. There is no obligation whatsoever, your name will not be mentioned and your email will not be shown to anyone but us.
Winners will be notified by email. You can only apply once. Good Luck! In the message, please write "Giveaway" or tell us your favorite movie!

We're Changing Our Name and Look!
SuzeeBehindtheScenes is becoming BehindtheScenezz.com! We are feverishly working on a new design, new features and migrating content over for a new reader experience. Our new look is on target for 2020. So please pardon our appearance while we work behind the scenes to make it a better site for our fans. We will continue to provide the same content, but with a slightly new emphasis. Expect more movie and NYC/NJ event reviews, especially from a female perspective as well as more stories and interviews about inspiring females in entertainment and beyond.
Got an idea for a story? Let us know at Editor@behindthescenezz.com.
Staff Writers:
Senior Staff Writer Beth Abramson Brier
Connor Moriarty
Grace Manzo
Kelly Byrne
Emily Galow
Ashton Samson

SNL does ALEXA for seniors: https://www.youtube.com/watch?v=YvT_gqs5ETk

Once again, Jimmy Kimmel has parents prank their kids on Halloween: https://www.youtube.com/watch?v=bmCOjcaiXQM
Ellen teams up a cancer survivor with Rachel Platten: http://ellentube.com/videos/0-4g354pl8/

THE CHICK TICKER - We cover #FEMALESINENTERTAINMENT - Updated each Friday

The #MarvelousMrsMaisel is getting a Season 4 on AmazonPrime. If you have not watched this yet, you're in for a treat.... Five females to direct major studio films: Wonder Woman 1984 with Patty Jenkins returning, Eternals by Chloe Zhao, Birds of Prey by Cathy Yan, Black Widow by Cate Shortland and Mulan by Niki Car...Helen Mirren to receive Lifetime Achievement Award at Berlin Film Festival....Frozen 2 icing out competitors at the box office internationally as well...Holly Hunter to star in new #TinaFey comedy on #NBC.

Wonder Woman 2 with Gal Gadot slated for November 2019... Tiffany Haddish of Girls Trip to be in two new movies....Good Girls Revolt looking to come back for Season two in light of relevant storylines...Carey Mulligan to play Gloria Steinem in An Uncivil War....Four Weddings and a Funeral remake to be done by Mindy Kaling at Hulu....Kaley Cuoco of The Big Bang started her own production company......Isla Fisher will be in Beach Bum Movie with Matthew McConaughey.....Kerry Washington ot Scandal will produce two comedies for ABC.....Heather Schuster is new Head of Unscripted at Amazon.....Jane Lynch working on her own daytime show....Hillary Swank to be in sci-fi movie called I AM MOTHER....Another Nancy Drew series in the works at NBC.. that makes how many times?.....Sandra Bullock to star in new movie Let Her Speak......Julianna Margulies to be in new drama at AMC......Julianne Hough working on a pilot at Fox called One Hit Wendy... WHAT????? Late Night with Seth Meyers' Amber Ruffin working on new comdey at NBC with Lorne Michaels and Seth.....Amy Poehler got a single mother-based comedy bought by NBC......Jamie Lee Curtis in a new Halloween movie and also in THE PAGES movie with Tika Sumter.....Julie Taymor set as director for My Life On the Road about Gloria Steinem, that's two movies in the works based on this incredible woman......Alyssa Milano headed to Lifetime to star in a comdey..... LA Women comedy coming to HULU..... Nicole Kidman to star in new movie calle Destroyer.....Meghan Mc Cain to be co-host on THE VIEW....Shirley MacLaine and Anna Kendrick to co-star in new FEMALE - based Santa Claus movie..... Julia Roberts to star in The Bookseller flick... Elisabeth Moss to star in and produce BBC series..