Days Of Our Lives' Cady McClain Talks about Her Life, Her New Roles and Her Past Roles in an Interview on The LIBBY Show: Lunch with The Ladies 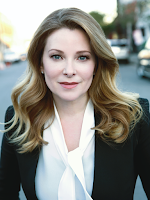 By Bella Gusmano
On this episode of The LIBBY Show: Lunch with the Ladies, the ladies talk soap operas and so much more with three-time Daytime Emmy winner Cady McClain.
Cady is an icon in the world of daytime, known for her roles as Dixie in All My Children, Rosanna on As the World Turns, Kelly on The Young and the Restless, and Jennifer on Days of Our Lives.
On top of these impressive roles, Cady is now working as a director, using her experience, skill, and passion to pave the way for females striving to reach similar goals.
While there may only be four soaps left now, The Ladies reminisce in this episode on the soaps that got them hooked, and they discuss how the classic soap framework has influenced the television we enjoy today.

Cady divulges what it was like to start acting at the age of nine, and how her mother played a huge role in supporting her career. Cady describes how she started as a hammy toddler taking dance and theater classes, and engaging with the crowd. Her mother was able to connect her with an agent who noticed her “inner strength” ultimately influencing her to land the role on All My Children at the age of 19. 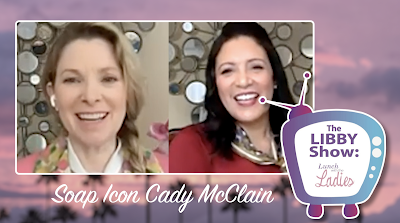 Despite her success, Cady experienced the loss of her mother at a young age. She tells The Ladies how the soap world became her safe place. Despite having to deal with the hardships of taking care of her mother, she found a place of stability and comfort within All My Children. 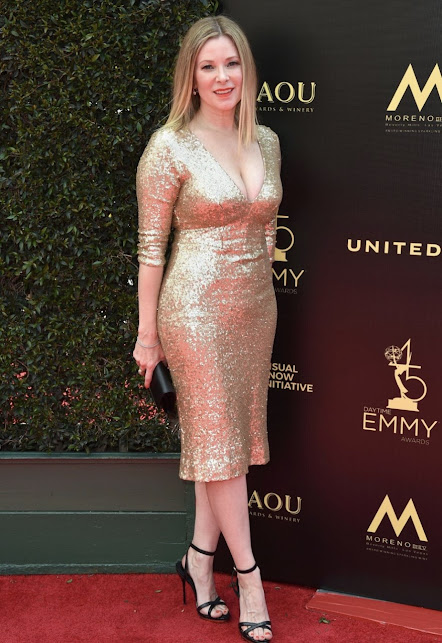 Cady found the strength to continue pursuing her dream knowing she would always have her mother's support. She recounts some of her most fond memories, such as the glitz and glam of the daytime Emmys. She describes walking down the empty streets of New York City, dressed to the nines - “you couldn’t feel more glamorous.”

Cady additionally spills on how she met her husband and fellow soap star, Jon Lindstrom, and how despite an interruption from another daytime actor, they were able to cross paths and eventually reunite.
Currently, Cady is pursuing her directing career and is serving as a voice of inspiration for more women to follow a similar path. She talks about Seeing Is Believing: Women Direct, a documentary she directed addressing the lack of women in the industry.
When talking about this documentary, Cady exudes enthusiasm, passion, and pride describing the perseverance of the women she worked with- proving that women have a rightful place in this industry. She gives advice to The Ladies and all women who are looking to pursue their dreams - “tell them who you are and what you want before they tell you who they are and what you want”.

Cady is proof that strength, resilience, and passion can lead you to achieve your dreams. Despite career changes, hardships, and everything in between, Cady has been influential in the Soap world as well as in the lives of many women whose voices she has amplified. Tune in to The LIBBY SHOW: Lunch With The Ladies HERE to hear more about Cady.

Editor's Note: Since the taping of this show, Cady has become Artistic Director of The Axial Theater in New York. Check out the website for what's going on, and don't be surprised if you see some daytime stars starring in her productions.
https://www.axialtheatre.org/
Email ThisBlogThis!Share to TwitterShare to FacebookShare to Pinterest
Newer Post Older Post Home