YES Network Baseball Analyst Jack Curry Pens Third Book, A Memoir on Paul O'Neill Entitled "Swing and Hit: Nine Innings of What Baseball Taught Me" - A Must Read for Fans of a Good Game of Baseball 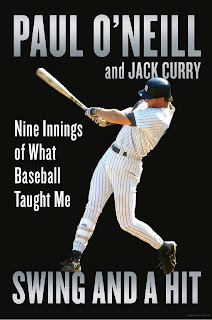 "He’s up in his office, I haven’t seen him in quite some time. He's working on the book."  That’s what I hear from my sister-in-law Pamela, Jack Curry‘s wife. Being the wife of a baseball analyst and writer, she knows his job is not the usual 9-5er.  From his days at the Jersey Journal to the New York Times to the YES Network, Pamela knows when Jack is squirreled away and wants no interruptions except to replace his cup of hot tea.

As my brother-in-law I know how hard he works - this was his third book -  and yet he still manages even with his crazy schedule to make time to make all of our family events. I remember when my older son had a surgery and when my son woke up he had an autographed baseball from his favorite player next to his hospital bed.  Yes there are some perks to having a baseball analyst and writer in the family! And of course family gatherings are always filled with "inside baseball" information.

Jack grew up in a household (in Jersey City, NJ) where his mother, Beatrice and his brother Rob, loved baseball. I won’t say what team he and his brother, Rob were fans of, but I will say, that when asked about what team he is a fan of now, Jack will undoubtedly, unquestionably and with no wavering whatsoever state quite emphatically, "I'm a fan of a good game of baseball."

And truly he is. And this why Jack has anther published book, this time a memoir about Paul O'Neill. It's called Swing and a Hit and it certainly is. It just made the NY Times Bestseller list.

According to the press release (and because I have not finished reading it), it's "The fun and fiery memoir of All Star Yankee and five-time World Champion, Paul O’Neill. In Swing and a Hit, O’Neill elaborates on his most important hitting principles, lessons, and memories—exploring those elements across ten chapters (to align with the nine innings of a baseball game and one extra inning). Here, O’Neill, with his intense temperament, describes what he did as a hitter, how he adjusted to pitchers, how he boosted his confidence, how he battled with umpires (and water coolers), and what advice he would give to current hitters.

YOU MAY LIKE:  Interview - Up Close with Jack Curry:
https://www.suzeebehindthescenes.com/2019/10/interview-nj-resident-and-yes-network.html#more
Swing and a Hit features O’Neill’s most thoughtful revelations and offers clubhouse stories from some of the biggest names in Major League Baseball—hitters, managers, and teammates like Joe Torre, Derek Jeter, Don Mattingly, Pete Rose, and Bernie Williams.
I asked Jack for a quote, he said he said it best in the book as follows. 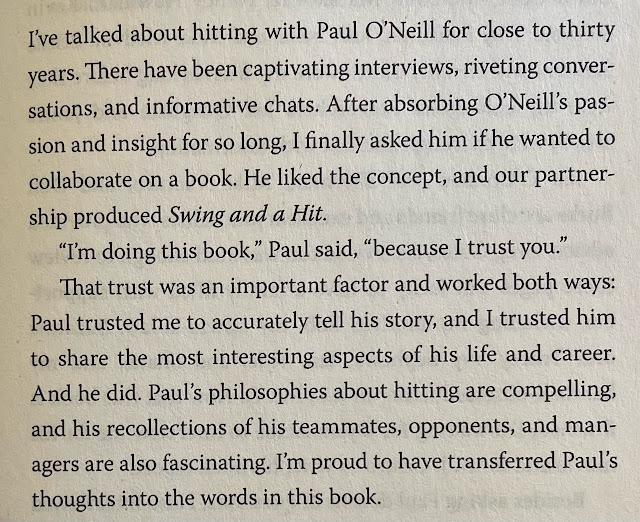 Jack's other books are: Derek Jeter - The Life you Imagine and David Cone - Full Count. You can watch Jack anytime as a baseball analyst for the YES Network.

You can find all his books where books are sold as well as on Amazon here.